LeEco has been a leader when it comes to diversifying their product line. From the internet services to autonomous cars. After Xiaomi-backed Yi Technology unveiled the Yi 4K+ action camera LeEco has decided to step into the fray and has launched its first action camera ‘Liveman C1’. The camera is expected to be available in China by the end of this month and LeEco is yet to divulge the pricing details. 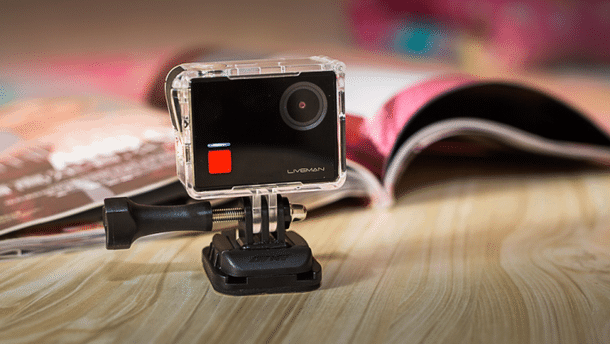 The action camera has a 16-Megapixel sensor with a 140-dgree wide angle lens and a G-sensor to facilitate automatic video recording when movement is detected. LeEco will be bundling the offering with a waterproof case which can resist water up to 40 meters deep, 2 x adhesive mounts, extensions, mounts, USB cable and a 1050mAh battery. On the exterior, the Liveman C1 comes with a red button to toggle video recording, WiFi and function buttons on the side. 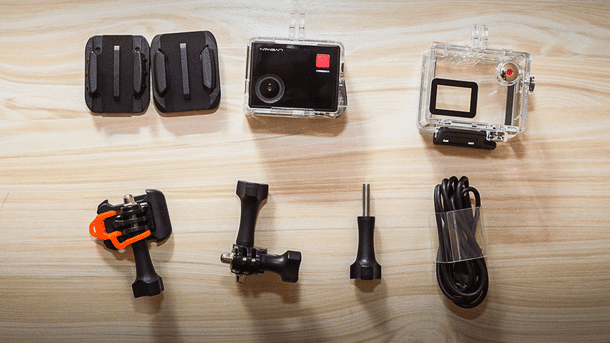 The display is a 1.8-inch TFT touch screen which offers a built-in menu and will allow users to navigate. Also, the body of the camera comes slotted to accommodate microSD card and Micro-HDMI. However, LeEco’s new camera can record 4K at 30fps while the recently launched Yi 4K+ action camera supports 4K at a higher 60fps. After the Chinese launch, it’s most likely that LeEco will launch the product for its international audience.

Unlike the dwindling wearable sales, action camera sale is only increasing year-on-year. To be precise, in 2016 a total of 10.9 Million units were shipped as opposed to the 0.2 Million units way back in 2010. Action camera has taken a center stage for travelers, vloggers and simply folks who like to have the convenience of recording video without the hassles of carrying a large device, by the way, this reminds me the LeEco Liveman C1 weighs in at just 67gms.

TechPP is supported by our audience. We may earn affiliate commissions from buying links on this site.
#LeEco #LeEco Liveman C1