One of the most captivating privileges of owning an Apple-branded product is access to the extensive accessory support. Whether it’s a case that turns any iPhone into a gun or an iPad holder that resembles a mini arcade stand, accessory makers have always given them an unprecedented priority. Well, now we’ve a stand which turns the Apple Watch into a miniature Mini Macintosh and it looks like the cutest piece of tech nostalgia we’ve seen in awhile. 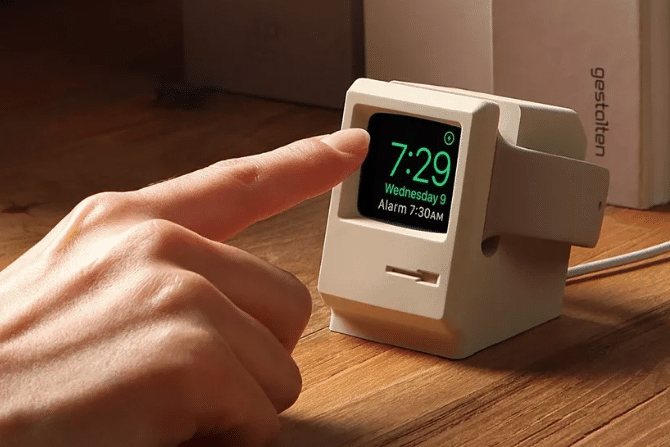 So, Elago has launched a new Apple Watch stand which is basically, a really tiny Macintosh and once rested, the smartwatch’s display perfectly aligns with the front frame. Hence, you get the feeling that the computer is turned on. The silicon stand is even equipped with a floppy drive cutout and every other meticulous detail you’d expect to find. Furthermore, the stand supports Apple’s nightstand mode, therefore you can use the Macintosh replica as an alarm clock on your bedside table. For a fanboy, this is absolutely pure heaven. Moreover, it is compatible with Apple Watch Series 1 and Series 2, including both the 38mm and 42mm versions. 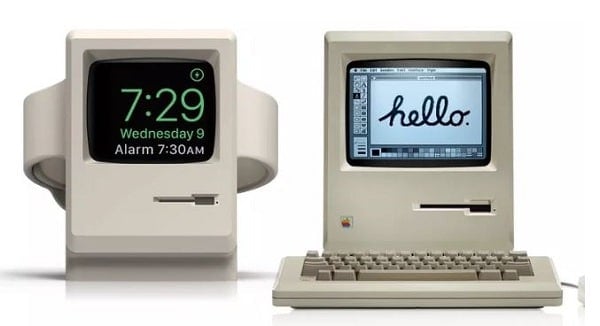 There’s not a whole lot engineering involved in making this silicon stand stay tidy, the Apple Watch’s plastic charging puck can be inserted into a circular hole and the cable is subsequently, tucked under it. The watch then slides in as shown in the images, and if really want the setup to feel more subtle, you can, of course, tie the straps around the back of the Macintosh or just remove them to relive those 1984 desktop memories again.

Elago is selling the Macintosh stand on Amazon for $15 which you can get in either white or black and in my opinion, if you own the Apple Watch, you need to have this. The accessory maker also sells some more premium smartwatch stands you can look into.

Was this article helpful?
YesNo
TechPP is supported by our audience. We may earn affiliate commissions from buying links on this site.
Read Next
How to Unlock your iPhone using an Apple Watch and vice versa
#Accessories #Apple Watch #Elago #Macintosh #stand