Lenovo which has turned out to be a tech titan in the smartphone wars in India has added yet another smartphone to its portfolio to battle it out with the best in the mid-range arena. Just as 2016 ended, Lenovo launched the K6 Note in India, the latest in its successful Note series. The smartphone which comes at a starting price of Rs. 13,999 is basically aimed at the offline market in the country, unlike the recently launched K6 Power which is available only online. But is the new entrant in the field ‘Note’-worthy or not? Let’s find out. 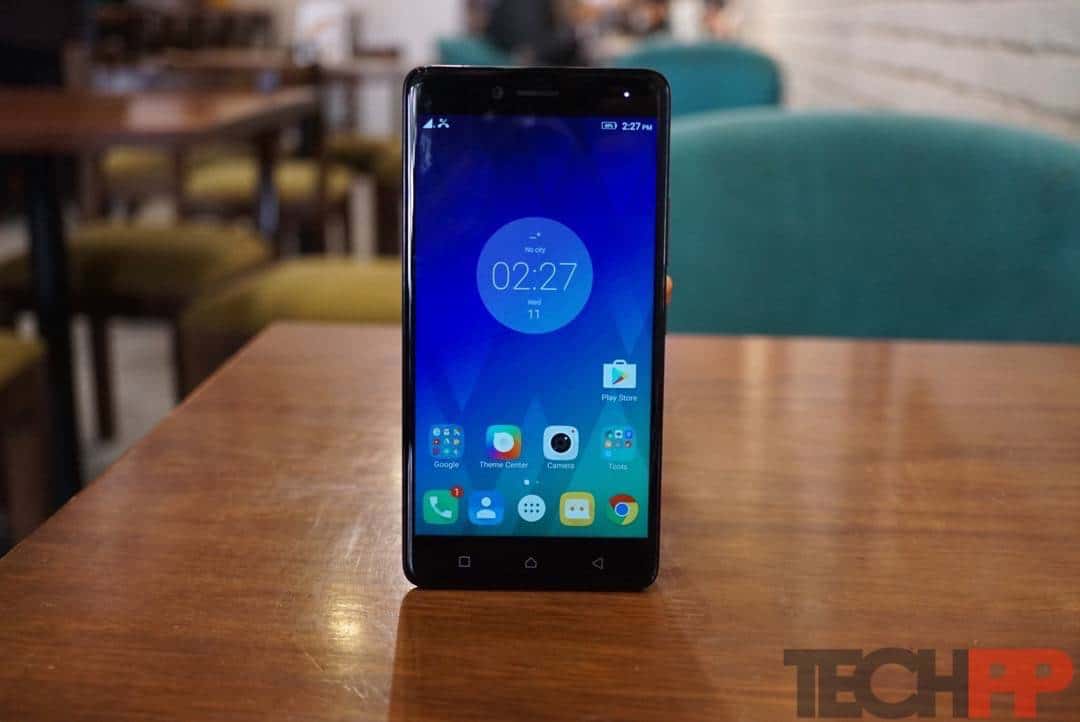 The new K6 Note launched by Lenovo actually looks like a photocopy of the Lenovo K6 Power that has had too much Horlicks in its childhood. Apart from the 0.5-inch added on the display size and a few minor tweaks, the two smartphones look like a pair of identical twins.

The Lenovo K6 Note boasts an all-metal unibody design like many other smartphones in this price range (something we talked of in detail and despair before). It goes without saying that the new edition in the K-series family follows the Xiaomi Redmi Note 3 pattern but the build of the smartphone feels robust in hand. The smartphone measures 151 x 76 x 8.4 mm and weighs 169 grams. It is not the lightest or the slimmest in terms of measurements but it certainly did not feel too bulky either. Although the design of the smartphone is not actually going to turn many heads, but the appearance of phone definitely falls more on the premium side. 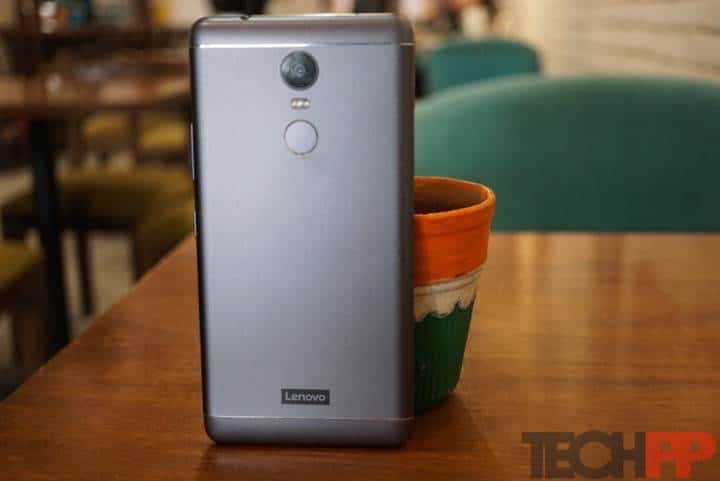 The K6 Note sports a 5.5-inch full HD IPS LCD display with a screen resolution of 1080 x 1920 pixels which dominates the front of the smartphone. The display produces vibrant colors and works fine even on a bright sunny day. Just like the K6 Power, this one also comes with three capacitive buttons placed on the chin of the smartphone. The front camera, earpiece and the proximity sensor (not really visible) are placed just above the screen. We received the dark grey unit as our review device which gave the smartphone a totally black front when it is powered off or locked. This black appearance is somewhat pleasing to the eyes and also helps the three capacitive buttons in silver stand out – and that is good because three buttons are not back-lit which made it quite difficult for us to spot them in dim-lit environments.

Lenovo has decided to go with a design that is so similar to the K6 Power’s design that we could ask you to refer to our K6 Power review to get an idea of it. The back of the smartphone sports two metal-lined antenna bands – one on the upper side of the smartphone, the other on the lower end. The camera, dual LED flash, and the fingerprint sensor are vertically aligned on the back just below the first antenna band. There is a Lenovo logo above the second antenna band. And that’s pretty much it for the back of the smartphone. The volume rocker and the power button are placed on the right whereas the hybrid SIM card slot is present on the left. 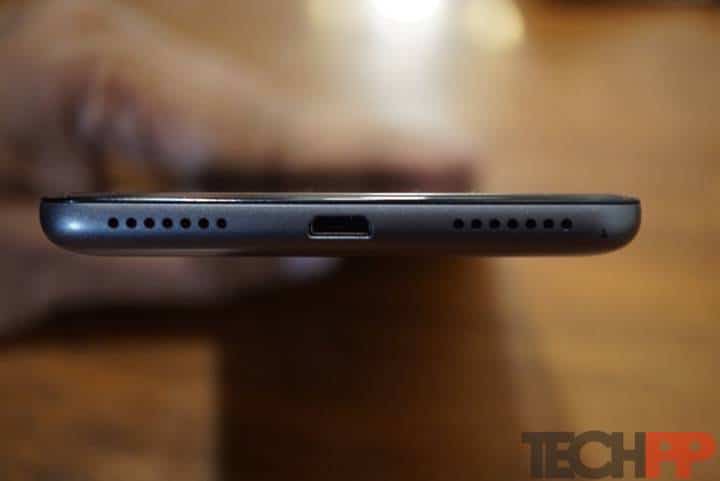 Now you must be wondering, if the Lenovo K6 Power and the K6 Note are identical twins, then where did the speaker grilles on the back go? Remember we talked about minor tweaks? Well, those are among the few minor tweaks Lenovo has introduced in the design of the K6 Note. The speaker grilles on the K6 Note have shifted to the base of the smartphone along with the micro USB port. The top of the handset has got the 3.5 mm audio jack and the microphone. And this is about as tweak-y as Lenovo got with the design of the K6 Note as compared to the other K6 in the market (the K6 Power).

More Power-ful? Not so much really

The similarity between the Lenovo K6 Power and Lenovo K6 Note extends to the specs as well. The K6 Note too is powered by 1.4 GHz Qualcomm Snapdragon 430 processor. The smartphone will be available in two variants– one with 3 GB RAM and 32 GB storage and another with 4 GB RAM and 64 GB internal storage (the storage on both phones can be expanded via MicroSD card). We received the former version. We also were expecting to see a better processor or additional RAM in the K6 Note as the same specs were given by Lenovo in the K6 Power as well which essentially falls in the budget range segment. 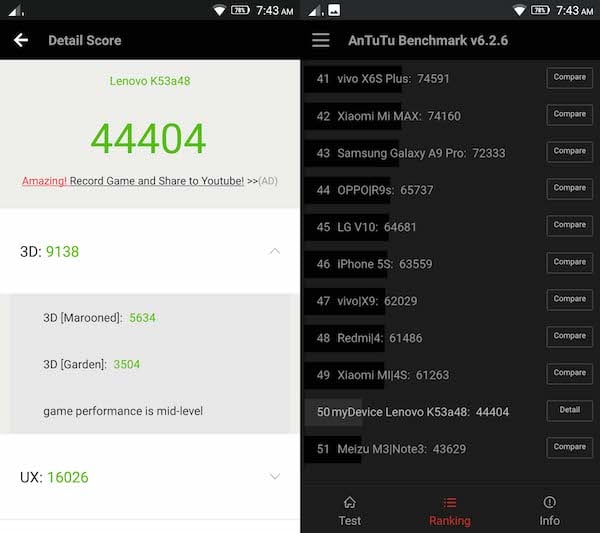 Multi-tasking on the K6 Note was a cake walk. Handling social media applications, messengers and other mainstream application were never an issue on the device. We tried casual games like Plants Vs. Zombies, Candy Crush and Temple Run on the smartphone and did not face any sort of lag and experienced a fairly good casual gaming experience on the device. But moving on to heavy games like Asphalt Xtreme, Asphalt 8 and NFS No Limits was a bit of a task. We experienced notable lagging in the heavy gaming zone and were a little disappointed because the K6 Power seemed to have worked a little better in the gaming department. This also explains the relatively low AnTuTu score of the device which turned out to be just 44404. If compared to the score of the K6 Power (43813), it looks like the handset is not a massive step up in terms of performance.

Scoring on color, missing out on detail 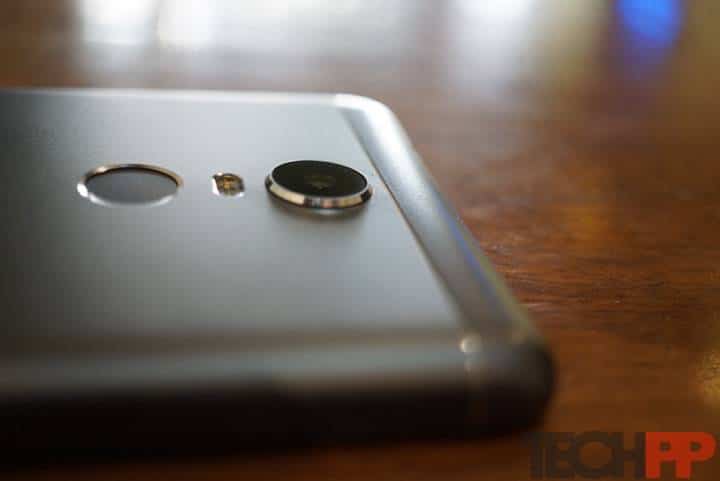 Lenovo has integrated a 16-megapixel primary camera in the K6 Note with PDAF. The rear camera is also accompanied with a dual LED flash, both of which are an upgrade from the K6 Power. Apart from the primary camera, there is also an 8-megapixel front shooter on the K6 Note. The primary camera produces images with fairly good colors. Although the subjects in the frame can be a little too bright as compared to reality, but the colors produced by the primary camera were more on the realistic side. Colors were not over saturated and there was a proper balance between the warm and cool colors in the pictures. That said, the pictures turned out to be a little grainy and lacked detailing in many cases. The camera app also took a little time to process images and a small warning popped up every now and then to keep the smartphone steady which can be a little nightmare-ish for the ones with wobbly hands.

The front camera of the smartphone works just fine. A word of advice: do not bother zooming in either camera as that might be a bit of a disappointment. 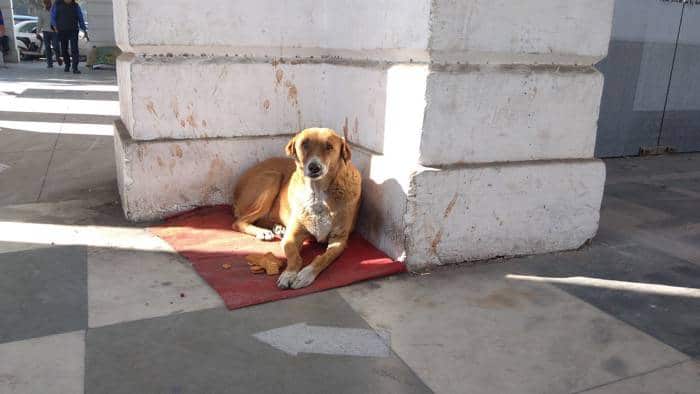 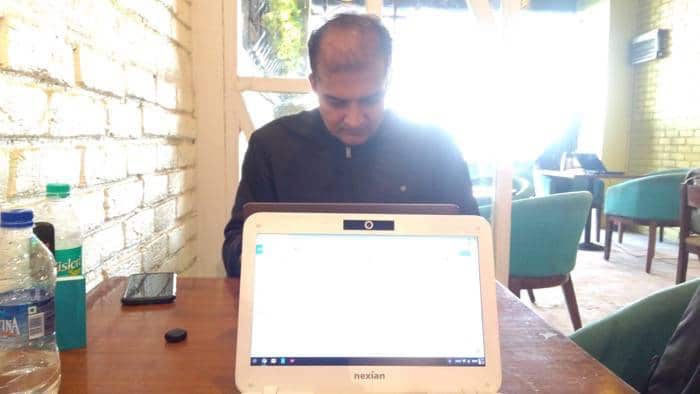 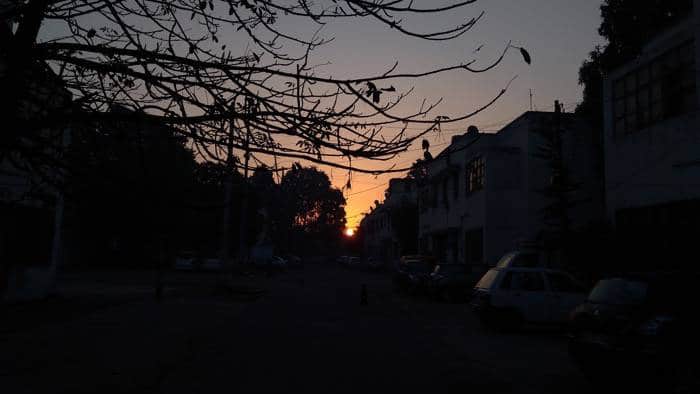 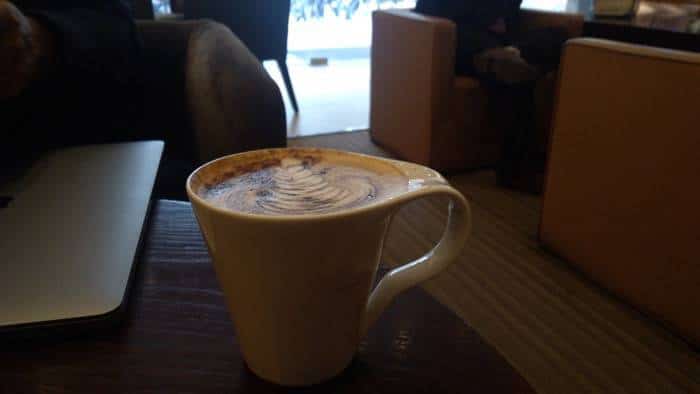 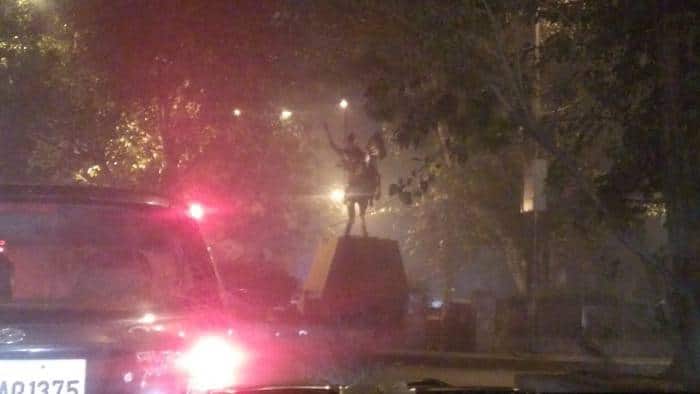 The camera app offers various modes including a Pro mode, Panorama, Fast Motion, Artistic HDR amongst others. The interface is simple and easy to understand and allows you to experiment with your photography skills. The front camera on the K6 Note also comes with a beauty mode and to our pleasant surprise, it actually was usable and did not make us look like a character out of Disney movie. All said and done, we think the camera on the K6 Note is slightly better than the one on the K6 Power, especially when it comes to handling color, but we wish it handle detail better.

No multimedia, UI and battery blues

Lenovo bagged a lot of points in the multimedia section in our K6 Power review. Well, the K6 Note retains all its multimedia star features – it also comes with Dolby Atmos audio enhancement feature and supports Lenovo’s TheaterMax technology. It takes the whole multimedia experience one step higher with its 5.5-inch screen. The TheaterMax technology in the smartphone, when combined with Lenovo’s ANT VR glasses, takes whatever you are watching on the smartphone and throws it on very large virtual screen. The different placement of the speakers means that they are never blocked (they were on the back on the K6 Power) and the sound quality is as good as that on the K6 Power – very good indeed. 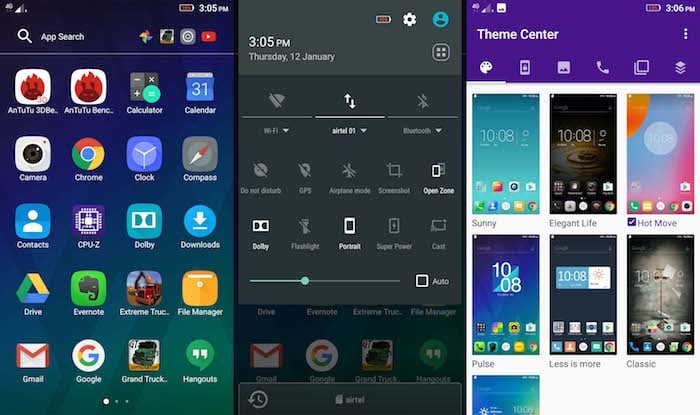 The battery is another USP of the Lenovo K6 Note. The handset comes with a 4000 mAh non-removable battery. The smartphone easily lasted over a day through heavy-moderate usage which is impressive keeping in mind the size of the smartphone. The handset does not support fast charging or quick charging.

The Lenovo K6 Note runs on Android Marshmallow 6.0.1 topped with Lenovo’s Pure Vibe UI. We have been fans of the Lenovo UI as it is very close to stock Android. The icons are simple and easy to understand and the fact that the smartphone does not come with a bunch of third party pre-loaded apps is a plus for us (some might not like it, though). It comes with some new features like Ultimate Power Saver Mode which allows you to do only the basic tasks like calling, texting amongst other things and majorly improves smartphone’s battery life; and Secure Zone which allows you to configure apps, accounts, wallpapers, and lock screen passwords in different time zones to save you from eyes constantly peeking in your phone. The company has opted to go with Google Photos instead of providing a separate gallery app – something we do not really like, as it results in too many pictures popping up every time we open the app.

Conclusion: a ‘Note-able’ step forward for the K6 Power? 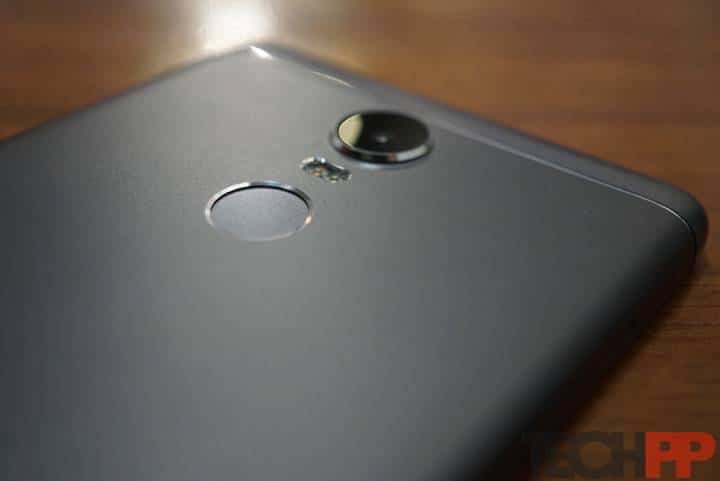 The Lenovo K6 Note is priced at Rs. 13,999 for the 3GB/ 32 GB version and Rs. 14,999 for the 4 GB/ 64 GB version. As compared to the K6 Power which is priced at Rs 9,999, it comes with a bigger display, additional RAM and ROM (Rs. 14,999 version), an improved primary camera and dual LED flash. But apart from these features, the Lenovo’s K6 Note is more or less a twin of its lesser priced cousin, the K6 Power. In fact, we think the company could have launched the K6 Note as a better version of the K6 Power and called it the K6 Power Plus rather than linking it with its Note series – there are just way too many similarities between the two K6 phones. Those who want the specifications of the Lenovo K6 Power with a better display and slightly better camera (or more RAM and storage) – or those who were looking a similar option in the offline market – can go with the Lenovo K6 Note. But if these are not really your concerns then we think even the K6 Power which is priced at a much more affordable Rs 9,999 will suit you just fine.