After a series of aggressive social media campaigns and teasers, Huawei’s has finally brought its latest budget flag bearer – Honor 6X to India. Announced originally at this year’s Consumer Electronics Show, the handset primarily grabbed attention due to its rear dual-camera setup, a trend which is now being gradually picked up by every other manufacturer. 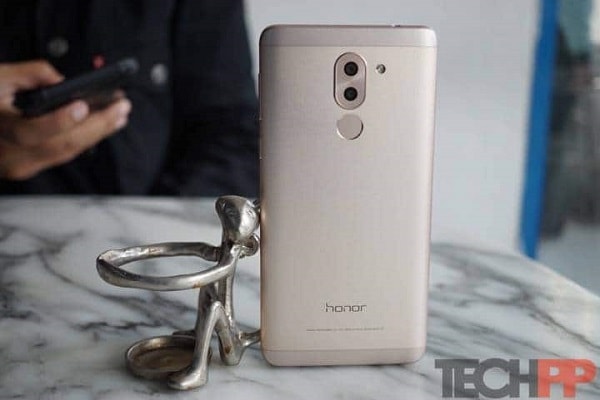 In terms of design too, the Honor 6X doesn’t radically stand out. There is a slightly curved back and a metal unibody all around which we didn’t find quite impressive in our early impressions. Furthermore, there’s a standard 2.5D curved 5.5-inch Full HD IPS panel up front with an “honor” branding on the chin. The device is powered by a Kirin 655 octa-core chip with an option for either 3/4GB RAM, 32/64GB internal storage that is expandable up to 256GB via a MicroSD card, and a Mali-T830MP2 GPU. Underneath, a non-removable 3340mAH battery keeps things running which also supports quick charging.

Moreover, the Honor 6X also rocks a fingerprint scanner on the back which you can also utilize for capturing images, scrolling through the gallery and reveal the notification panel. The camera arrangement on the back includes a 12MP+2MP setup that can be used to produce more natural bokeh effects, PDAF, a single LED flash, and on the front, it sports an 8MP shooter. Lastly, the Honor 6X also supports 4G LTE, VoLTE, Dual-SIMs, and runs on Honor’s custom Emotion UI 4.1 on top of Android Marshmallow. Honor claims that the EMUI 5.0 based on Android 7.0 (Nougat) will be ready by Q2 2017 with beta available soon. Color options include Gold, Silver, Grey, Blue, and Rose Gold.

Was this article helpful?
YesNo
TechPP is supported by our audience. We may earn affiliate commissions from buying links on this site.
Read Next
What is UPI Lite and How to Enable it on Any Device [2022]
#Honor 6X #Huawei #india