Educational institutes have been one of the major bulk buyers for Google Chromebooks and this is one area where Microsoft has arguably failed to match up with the Chromebooks. The Chromebooks are not only inexpensive but they are extremely fast for a given set of hardware configurations and are becoming increasingly utilitarian. Google has now announced that it will strengthen its focus on the education sector and will introduce a host of new features for the Chromebook which will eventually help the students and the educators alike. 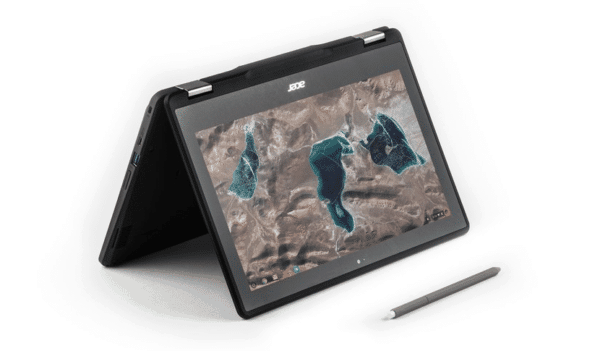 The new products include Acer Chromebook Spin 11 and Asus C213. The Asus Chromebook Spin 11 comes equipped with an 11-inch HD IPS display layered with corning Gorilla 3 and a 360-degree hinge that facilitates various configurations. The best part is the Wacom Electromagnetic Resonance stylus and the MIL-STD 810G US military standard rating. The military standard rating, however, doesn’t come as a big surprise since Google has been encouraging the same to ensure the greater degree of durability for the harsh usage conditions.

Moving on the Acer Chromebook Spin 11 comes in two variants, one with dual-core N3350 or Intel Celeron chipset. The RAM options thankfully range up to 8GB and so does the storage options which extends up to 64GB SSD. The product comes with a usual squadron of connectivity features including Wi-Fi 802.11ac, Bluetooth 4.2, 2X USB 3.0 ports and MicroSD card reader.

Acer claims that the battery in Spin 11 can last for up to 10 hours of usage and the machine weighs in at 1.4KG. That apart we have been hearing about the Google Play Store for the Chromebook and the Acer Spin comes loaded with one, out of the box. On the contrary, the details about the Asus C213 is still scanty and all we know is that it will adhere to a 2-in-1 configuration, USB Type-C and like the Acer will bake in the Google Play Store.

We heard from educators that multiple chargers and slow charging waste precious time for students. Going forward, all Chromebooks will have standard super-fast USB-C charging, so one Chromebook cart can charge any device quickly-Google

When it comes to Chromebook the only Achilles heels I could think about was the scarcity of good apps and a limited choice of hardware. Both of these limitations seem to be duly taken care by Google and I also hope that the addition of new features will not bloat the price tag by much since affordability is one of the cornerstones for Google Chromebook.

TechPP is supported by our audience. We may earn affiliate commissions from buying links on this site.
Read Next
How to Split Screen on Chromebook [3 Easy Ways]
#Acer Chromebook Spin 11 #Asus Chromebook C213 #Chromebook