Motorola is prepping its iterative upgrade for the G series with the Moto G5 and the G5 Plus. Both the phones are expected to be unveiled at Barcelona and the Moto G5 Plus version has been pictured in a bunch of recent reviews. The missing Moto G5 has been spotted on the FCC which is a telltale sign hinting towards the imminent launch.

The Moto G5 has been given a nod by the US regulator and apart from that the listing also gives away some aspects of the Moto G5. The device is expected to come equipped with a 3,000mAh battery and if the rumors about the G5 Plus are to be believed the latter will pack in a slightly powerful 3,100mAh battery pack. Moto G5 is also expected to come baked with a fast charger that is capable of outputs up to 14.4W at 9V/1.6V and 5V/1.6A. Another tiny bit of useful information is that the bundled USB charger is 1-meter long. 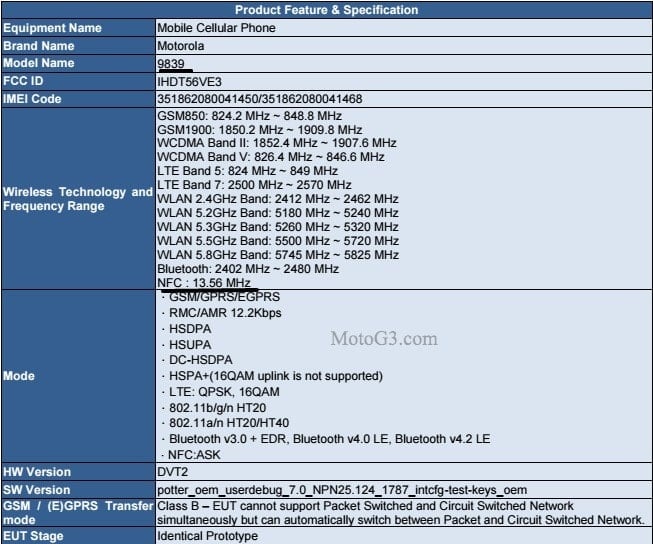 On the contrary, the Moto G5 Plus leaks have already hinted at a 5.5-inch FHD display, 16GB storage, and a 13-Megapixel/5-Megapixel camera combination. That apart the Moto G5 Plus is expected to be powered by a Snapdragon 625 while the Moto G5 will settle for less powerful hardware including 5-inch FHD display and a Snapdragon 430. The Moto G5 Plus is likely to offer 2GB of RAM, 32GB of internal storage (perhaps a 64GB variant as well) and both the devices will run Android 7.0 Nougat out of the box. Apparently, Lenovo has already sent out the invites for the upcoming Motorola slated to be launched at the MWC 2017.

As of now the only upgrade from the Moto G4 seems to be the choice of SoC and bumping up some of the other specs including battery. That said this time around both the Motorola smartphones are expected to feature NFC.

TechPP is supported by our audience. We may earn affiliate commissions from buying links on this site.
Read Next
Moto 360 third-gen with Snapdragon Wear 3100 and WearOS Announced
#Lenovo-Motorola #Moto G5 #Moto G5 Plus