Within a span of few years, the Chrome OS from Google has gone on to become the second most popular operating system in the PC market. Yes, it is more popular than the Mac OS! That said, these are statistical figures and doesn’t signify how good or bad the OS is. As per a new report, Microsoft is eyeing to take on the Chromebooks with its latest Windows 10 Cloud OS. 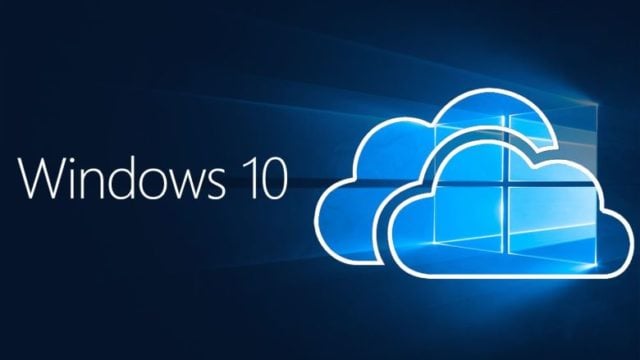 For starters, the Windows 10 Cloud may be referred to as a reincarnated Windows RT. Many won’t be remembering Windows RT though; as the shrunken down version of the OS never gained its deserved success. With that said, the latest report coming from ZDNet reveals that the Redmond giant is on its way to make a comeback again with their latest OS. While the Cloud name may make you believe that it has something to do with cloud computing, the only difference between the full blown Windows 10 and Windows 10 Cloud is said to be in the app compatibility.

Unlike the standard version of Windows 10, the Cloud version would only accept apps that can be downloaded from the Windows Store. So piracy lovers, better watch out. The upcoming Windows 10 Cloud isn’t meant for you, as it won’t support anything download from the web. The report comes soon after @h0x0d (Walking Cat) noticed the Windows Cloud listed alongside other Windows 10 editions inside the recent developer build 15003. The listing also mentions a version called Windows CloudN which is essentially comes with a pre-installed Media Player.

If at all the report turns out to be true, then Google surely needs to buckle up. Considering the popularity of Windows 10, it won’t take long for OEMs to adopt Windows 10 Cloud in the budget segment. And well, that’s where Chrome OS has been thriving since the past few quarters. It is expected that the Windows 10 Cloud would not be available for retail sale. Rather Microsoft is expected to make it available only to PC OEMs at a substantially reduced rate. That said, Satya Nadella led team would have their task cutout in its attempt to take on the Chromebooks from Google.

How to Install Chrome OS Flex on Windows in Under 10 Minutes
Read Next
Source: ZDNet
Photo Credits: Pocketnow

6 Ways to Take Screenshots in Windows 11
Microsoft Store Not Working on Windows 10? Fix-It With These…
Dropbox Alternatives: Best Cloud Storage Services to Use in…
Amazon unveils its cloud-gaming service Luna along with the…
How to Hide or Spoof Location in Google Chrome, Microsoft…
What Is Microsoft PowerToys, and What Are the Best PowerToys…