Thanks to Reliance Jio the 4G LTE bandwagon now has a number of OEMs on board but its only until recently that we witnessed a 4G VoLTE feature phone. The first device was rumored to be from Jio themselves, however, Lava, the Indian manufacturer has now launched its very own 4G VoLTE smart feature phone in India. Called the Lava 4G Connect M1 the phone is priced at Rs 3,333. The new breed of feature phones aims at blending the quintessential of a smartphone with the battery backup and affordability of the feature phone. 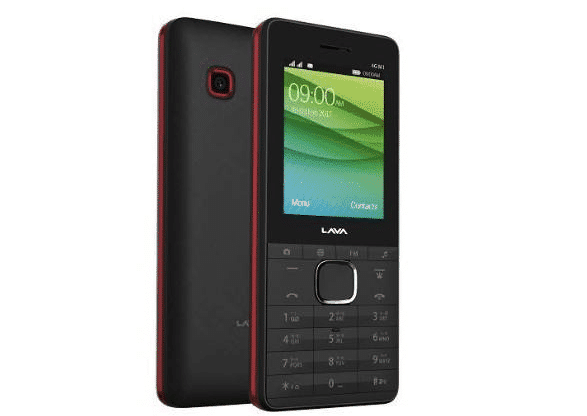 The Lava 4G Connect M1 is powered by a Quad Core processor with 512MB RAM and it comes preloaded with select apps including Facebook lite. On the connectivity front, the Lava 4G Connect M1 also offers 2G calling along with VoLTE and will support EDGE as well. The phone infect looks similar to any other feature phones in the market and employs a keypad instead of a touchscreen. Backed by a 1,750mAh battery the Lava 4G Connect M1 comes with features like FM radio, Box Speaker, K-Class amplifier for better sound and VGA camera.

The Lava 4G Connect M1 is expected to be available across retail stores in weeks to come and is most likely to be bundled with Jio’s unlimited calling and data offer. Jio was earlier rumored to have been working with Lava to sell a subsidized 4G VoLTE feature phone costing less than $20. On a related note, Jio had added more than 80 million users and is expected to reach the 100 million mark pretty soon. Furthermore, it will also help Jio to have a feature phone in the offing as it would blend in the robustness and simplicity of feature phone with the utilitarian front of the 4G VoLTE.

TechPP is supported by our audience. We may earn affiliate commissions from buying links on this site.
Read Next
Lava MyZ lets customers customise and upgrade the smartphone
#Lava #Lava 4G Connect M1 #VoLTE feature Phone