Motorola has officially unveiled the new Moto G5 Plus at the Mobile World Congress. The new phone comes with an all-new upgraded camera and features a rich aluminum unibody design instead of the rusty old plastic shells the company is selling for the past four years. 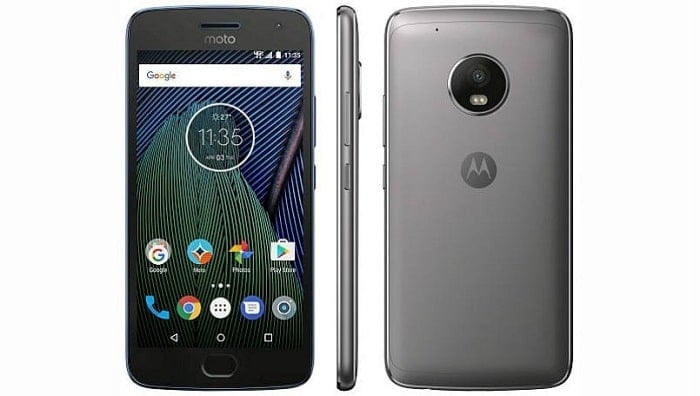 The Moto G5 Plus comes with a new Dual-Pixel technology which allows the 12MP rear lens to focus 60% quicker than the G4, and the f/1.7 aperture lets in 25% more light for better low light shots. Furthermore, the company claims that the dual-LED flash setup on the back is capable of producing relatively better skin tones, and colors. On the front, there’s not much changed, the G5 Plus rocks a 5MP wide-angle shooter. The camera app itself has received a slew of new upgrades including “Best Shot” that automatically selects the most accurate picture from a burst, “Professional Mode” for configuring settings such as shutter speed, ISO, white balance, and “Beautification Mode” for better (and more artificial) selfies.

Apart from the optics, though, the Moto G5 Plus flaunts a considerably more premium aluminum build with a water-repellent coating (P2i) for protection against occasional splashes. There’s a 5.2-inch Full HD panel up front. It is powered by the Qualcomm Snapdragon 625 Octa-core processor, 2/3/4GB RAM, Adreno 506 GPU, 32/64GB internal storage which can be expanded via a MicroSD card, and a 3000mAh non-removable battery that supports fast-charging.

For software, Motorola as always has kept things mostly stock and has provided Android Nougat with this time out-of-the-box. It comes with the usual Moto additions including Moto Display, Actions, twist gesture, and also, a new one-hand mode. Also, if you want to, you can also disable Android’s on-screen buttons and use swiping gestures on the larger-than-usual fingerprint sensor instead. Swipe left on the fingerprint reader for back, and swipe right for multitasking view. Lastly, the phone supports 4G LTE and houses a fingerprint reader on the front. The Moto G5 Plus will be available in two color options – Lunar Gray and Fine Gold. Both the G5 and G5 Plus will launch worldwide in March, the G5 Plus starting slightly higher at $229 with 2GB RAM and 32GB of storage.

Was this article helpful?
YesNo
TechPP is supported by our audience. We may earn affiliate commissions from buying links on this site.
Read Next
Moto 360 third-gen with Snapdragon Wear 3100 and WearOS Announced
#Lenovo-Motorola #Moto G5 Plus #MWC 2017