It was business as usual at the Mobile World Congress in Barcelona, with some of the biggest names in the world of technology showcasing their best products and services. Some rocked. Some did not exactly do so. So as the curtain comes down at MWC 2017, we at TechPP take a look at what we loved. And what we did not. In alphabetical order!

“The Mobile World Congress 2017 was relatively understated as compared to last year. However, there were still a few notable launches which looked promising. One of these was Lenovo’s Tab 4 series. These new Android tablets feature quite respectable specifications, and the company has managed to keep the price in the entry-level segment. The cheapest of them all, the Tab 4 8 is priced as low as $109 and it comes with an all-glass build, Android Nougat, 4850 mAh battery, a decent Snapdragon 425 processor, and more. They do not have anything spectacular, but definitely provide bang for the buck, at least on paper. The Android tablet market has remained considerably silent in the past year, and it was nice to see someone trying to bring them back.”
~Shubham Agarwal

“MWC this year has mostly been a balancing act with the Nokia playing the nostalgia card. The 3310 was arguably the show-stopper at the Barcelona. However, I for once, could not stop gazing at the LG G6. It is a giant leap as opposed to the clumsy looking LG G5 (yes, clumsy is the word). The glass finish along with the thinned bezels on the LG G6 simply accentuate its sleekness. LG has further upped the ante with a 5.7-inch Quad HD display, the 18:9 aspect ratio and the HDR.”
~Mahit Huilgol

“Finally, we are seeing some massive improvements in the smartphone display space. The launch of the LG G6 makes use believe that a large number of 2017 smartphone would come narrow bezels. Yeah, we are talking of narrow bezels here, not painted one. For starters, the LG G6 comes with a remarkable screen to body ratio of 78%. Another interesting yet subtle improvement I noticed in the display of the LG G6, is the rounding of corners. In fact, Samsung Galaxy S8 which is one of the highly anticipated phones of 2017 is also supposed to come with a similar display. Considering the fact that these flagship devices from LG and Samsung set the trend for the smartphones that get launched throughout the year, it would not be illogical to speculate that we will be seeing more number of smartphones with a markedly improved screen to body ratio and rounded corners. And I am not just talking about flagship smartphones here. Rather, expect likes of Xiaomi and OnePlus to include such display tech into a mid-range device.”
~Sayan Sarkar

“A Chinese display firm, Goodix, showcased an interesting new technology at this year’s MWC, wherein a display panel is made to function as a fingerprint reader. It is calling the new tech as an In-Display Fingerprint reader. Instead of including a rear or front located conspicuous fingerprint reader, Goodix wants smartphone OEMs to start including them in the display. This display tech is based on an AMOLED screen wherein a part of the screen is converted into a fingerprint sensor. Isn’t that cool? ”
~Sayan Sarkar

“In a conference dominated by biggies like the LG G6 and Huawei P10, the Nokia 5 stood out to me personally. Some might say the Nokia 3310, but that’s nostalgia overkill for me. Although many people are rooting for Nokia purely for nostalgia, the Nokia 5 indeed seems to have a lot of things going for it other than the brand name. As Jai Mani would say, the ‘handfeel’ is amazing. You got to hold it in your hand to understand what I am saying. The build is solid and finishing is impeccable.”
~Raju PP

“For me, this was one of the more interesting innovations at this year’s MWC. We do not know which devices will feature it, but being able to zoom in up to 5x without compromising on image quality or being saddled with a bulky device would be something indeed. We have seen what a difference even a 2x optical zoom can make on the iPhone 7 Plus. Imagine more than doubling it. And hopefully at a much lower price? I likes!”
~Nimish Dubey 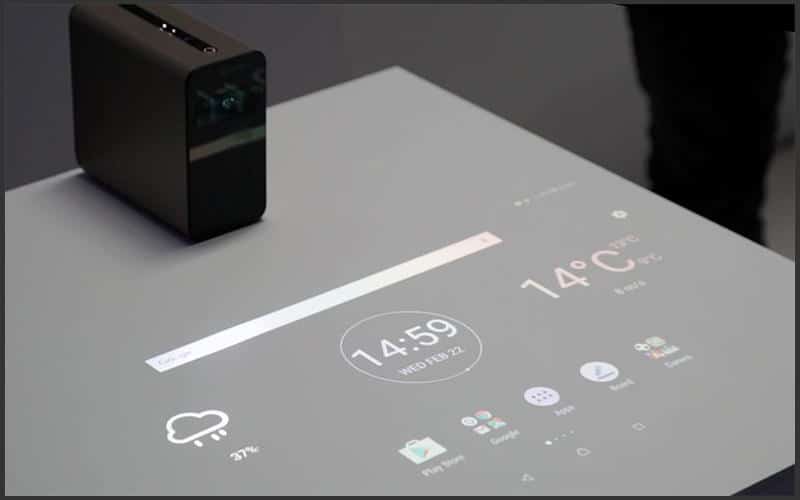 “While Mobile World Congress is majorly about new smartphones and cutting edge technology related to smartphones, something else caught my eye. During MWC 2016, Sony had shared an interesting projector concept. A projector which will turn any surface into a touchscreen surface. Well, it looks like Sony did some homework after going back and turned the concept into a reality. This time, Sony unveiled Xperia Touch, a projector which can turn any surface into a touchscreen. The Sony Xperia Touch can project a 23-inch HD screen on any horizontal or vertical surface. The boxy device can connect with your Android device and project your phone screen on any surface. The image size can be increased up to 80 inches, which is kind of cool. The only drawback? We think the device is too expensive to buy. The Sony Xperia Touch is priced at around $1583 (approximately Rs. 105583), that said this actually comes across as a really futuristic gadget!”
~Akriti Rana

“In the name of smartphone innovation, Alcatel launched a phone with a ‘dazzling’ LED rear panel. The Alcatel A5, essentially, sports an illuminated back panel studded with LEDs which you can configure for displaying various patterns on events such as notifications or music playback. I do not think it will help the phone garner any market share. Apart from that, the A5 comes with mediocre hardware which includes a MediaTek MT6753 octa-core processor, 2GB RAM, and Android Marshmallow. Unless Alcatel manages to price it around USD120-150, this phone is doomed.”
~Shubham Agarwal

“Well, apart from a pile of Internet of Things rubbish, I could not single out a device or an innovation that could fall into the disappointing bracket. It is for this very reason that I would, with a tone of subtleness, speak about the less exciting device of the MWC 2017. The BlackBerry KEYone is one device I could not wrap my head around. I mean why would anyone need a physical keyboard strapped along with a touch display? Was not the first iPhone all about ushering in touchscreen and bidding adieu to keypads?”
~Mahit Huilgol

“Yes, Motorola did show off a few new Moto Mods at Barcelona, but to be brutally honest, I was expecting more. In a perfect scenario, I would have loved a more affordable version of the Hasselblad camera mode, and who knows, maybe even a “dumb notebook shell” into which the phone could be placed to make it a proper laptop. What we got instead was rather ordinary, truth be told.”
~Nimish Dubey 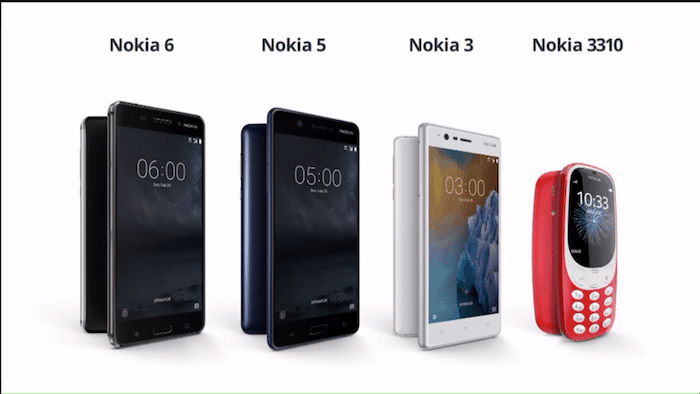 “Being a big time Nokia fan, I was hoping (against hope, perhaps) to see the reincarnated Finnish company come with some powerful devices at this year MWC. And by powerful, I mean flagship specced. The initial rumors regarding a Snapdragon 835 powered Nokia smartphone further rekindled my lust for a flagship level Nokia smartphone. But alas! All we got to see was a slew of mid-range Nokia devices which include a Nokia 3, Nokia 5 and Nokia 6. Yes, it is quite obvious why Nokia decided to stay away from the flagship smartphone market. It is too big a monetary risk for them, at this point in time. That said, the new launched mid-range smartphones from Nokia are nothing to write home about. They come with entry-level specifications, and on paper, bear a low price to performance ratio. In fact, I do not think the new range stands a chance of competing with Chinese players in this area.”
~Sayan Sarkar

“MWC witnessed the launch of many new smartphones. Some falling in the affordable segment, some in the mid range while some landed on the premium side. But for me, the disappointment was Samsung. Yes, we sort of knew that the Galaxy S8 would not be on show here (although some still hoped for a surprise), but the fact is, after the Galaxy Note 7 fiasco, a lot of people had their eyes on Samsung. Yes, the tablets were interesting, but I feel that a market leader like Samsung did not bring enough to the mobile table even when it had a platform as big as the MWC. I was certainly expecting fireworks. Of the tech type. No note-able pun intended. Um…”
~Akriti Rana

Virtual Reality… can we have more reality, please?

“There were a number of companies pitching in their VR and AR, but there was hardly anything different than what we saw last year. The technology continues to promise more and delivers little. To be clear, they manage to amaze you if you are trying them out for the first time, but still, need to fix a lot of things in order to go mainstream. So hoping for Apple to help out yet again? That didn’t go too well with Wearables, though.”
~Raju PP

Was this article helpful?
YesNo
TechPP is supported by our audience. We may earn affiliate commissions from buying links on this site.
#MWC 2017 #TechPP Report