I’ve been never a supporter of smartwatches. Two years ago, when every company was trying its luck with this profound new category of products, I mostly knew there was no place for another gadget in my current lifestyle. That was primarily because of the lack of hardware available for these wrist computers at that period, batteries were puny so you were supposed to charge them every night, they were slow, ugly, and had all sorts of shortcomings you’d expect from an entirely new stream of products. 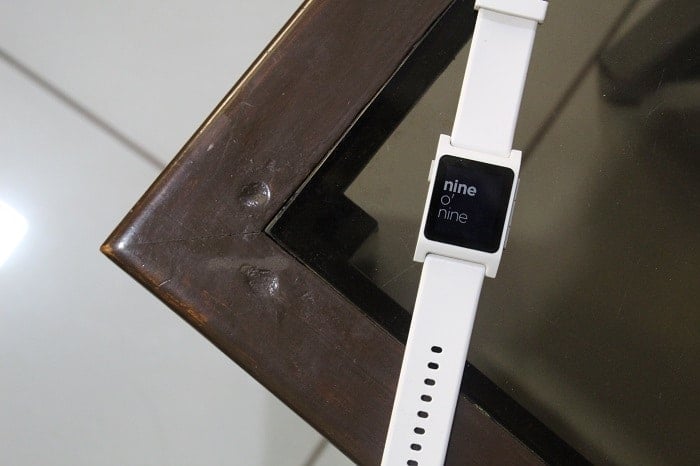 Fast forward to 2017, most of the mainstream and affordable smartwatches you can get are still bad to look at, require daily charging, bulky, and have no straightforward reasons for their existence. Sure, you can track your movements and exercises, but the thing is, most of these actions can be easily satisfied with a modern day smartphone. However, all these assumptions were being made by me, a person who has never owned or tried a smartwatch ever in his life. So, when I saw a Pebble 2 being heavily discounted on Amazon in a clearance sale, I instantly bought it. I know, I know, the company has been sold to Fitbit but as far as I know, these watches will run perfectly throughout 2017 which is fine by me considering the deal I got.

Now, I wouldn’t have done this if any other smartwatch would have been on sale mostly because of two things – Pebble smartwatches have long-lasting battery lives, a week in the case of Pebble 2, and second, they get the job done without being too superfluous. The Pebble 2, especially, has most of the hardware components you’d expect from a “smart” watch – heart rate scanner, an easily readable display, a rich developer community, and more. Also, while we’re on this topic, I personally don’t think touch screens are the right way for interacting with such crammed displays. Something like the dial or button is far more utilitarian.

I’ve been wearing daily, day and night (while sleeping too), the Pebble 2 for the past three weeks. During this time, I’ve learned that there are only two reasons someone should consider buying a smartwatch – they want to stare at their phones less, and need something to make them realise how little they exercise. In my personal case, both of these aspects came out to be quite true. 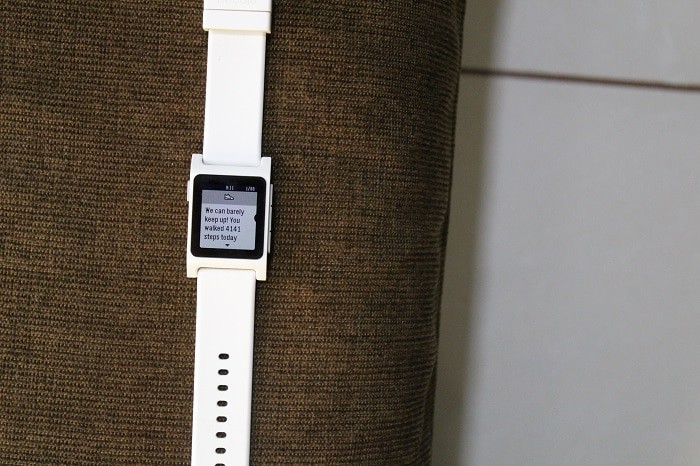 The problem with constantly receiving notifications is that they force you to take out your phone, even if it’s a promotional message because you don’t know what it is, and there’s no way you can live with that thought. To put in perspective, here’s how my mind works – as soon as a message arrives, I unlock my phone, read the alert, dismiss it or reply, and then, I end up scrolling through Twitter and Instagram for an hour. You see the problem too?

The other part of my smartwatch experience involved perceiving the fact that I’ve become extremely inactive recently. 1000 steps a day isn’t much, apparently. Wearing a smartwatch daily fixed both of these life issues I was unconsciously suffering from. I significantly spend less time on my phone now, and guess what? I’ve started jogging daily. Hurray! Plus, I can sneak my smartwatch in an exam hall, and glance at the saved notes whenever I want (Don’t tell this anyone). Okay, that was a joke.

The point I’m attempting to put forward is here is that smartwatches, in general, can be in fact, useful if you want them too. However, manufacturers certainly need to figure out a way to make them cheaper now. Therefore, if you’re getting a good deal somewhere, give it a try, otherwise, you’re not missing out on much, yet.

[interaction id=”58c516a53d7ca9a841f378d3″]
Was this article helpful?
YesNo
TechPP is supported by our audience. We may earn affiliate commissions from buying links on this site.
Read Next
With Football Manager 2023 Touch, Apple Arcade finally has its “killer ...
#Opinion #Smartwatches #wearables