Qualcomm has now announced a new ultra-budget 205 platform in India. It will help bring 4G VoLTE support for feature phones. For the uninitiated, most of the current generation feature phones from various manufacturers still run on 2G or 3G networks. 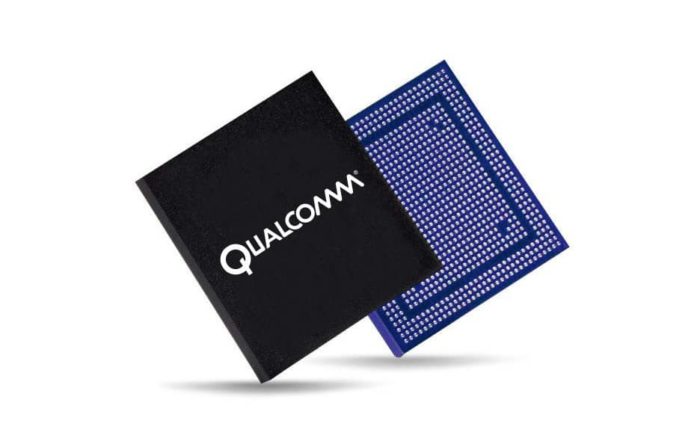 Ever since the inception of the Reliance Jio, the demand for 4G VoLTE phones have peaked. While a large number of smartphones now come with 4G and VoLTE, that’s not the case with the feature phones. Add to that the fact that a large chunk of Indian consumers is still stuck with feature phones. In fact, Lava 4G Connect M1 is the only feature phone available in the market that comes with support for Reliance Jio, although Micromax is expected to launch Bharat 1 and Bharat 2 soon.

The new Qualcomm 205 platform, however, addresses this problem. This platform consists of a 205 System on Chip (SoC) with LTE Cat 4 modem that is capable up to 150Mbps download speeds on 4G, 3G, and 2GB networks. The Qualcomm 205 SoC used in the entry-level platform comes with a 1.1GHz dual-core CPU and an Adreno GPU. It comes with support for dual SIMs and Linux based OS. 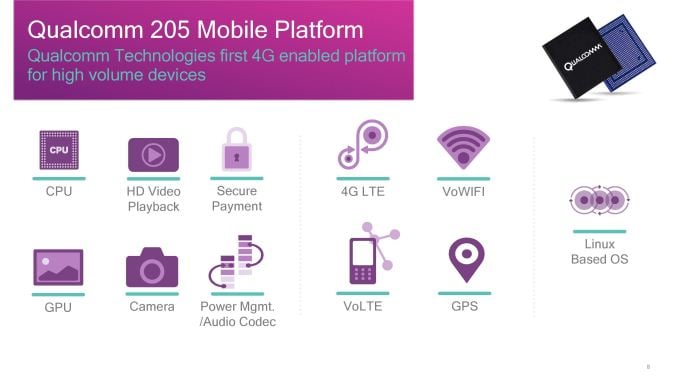 Qualcomm has also revealed that its 205 platforms will support 3MP front and rear cameras, a 480p VGA display running at 60fps. Besides, it will also allow users to stream videos on their device.

The American chipmaker believes that its latest entry level platform will help fuel the production and sale of cheap 4G VoLTE feature phones in developing countries like India and Brazil. It’s worth noting that the Qualcomm 205 platform also enables the use of VoWiFi.

For the uninitiated, both Micromax and Reliance are reported to be working on a cheap 4G VoLTE feature phone. While Jio is reported to be working on a Rs 1,299 feature phone, Micromax has revealed its plan to launch its Bharat 1 4G VoLTE feature phone in the coming two weeks. With this new Qualcomm 205 platform in place, we can expect even more OEMs to come out with similar devices. Hey Nokia, how about 3310 with this chipset? The first lot of the smartphones with the new Qualcomm 205 is reported to ship by the second quarter of 2017.