There's a Headphone Jack too!

One of the most anticipated smartphone flagships of 2017, the Samsung Galaxy S8 is now official. Apart from an indomitable set of hardware, the Korean conglomerate this time, though, has also included a range of components that will help it stick out a mile from the overcrowded market. Hence, in this article, we discuss these additions and everything else worth knowing about. 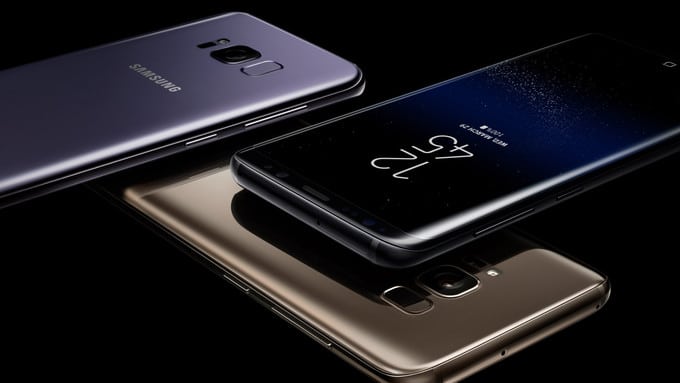 Ofcourse, the most apparent and striking aspect of the Galaxy S8 is its edge-to-edge screen up front which Samsung likes to call the “Infinity Display”. Unlike previous editions, though, this one is completely bezel-less from the sides and has allowed Samsung to cram in a much larger panel in a relatively smaller shell. In comparison, the iPhone 7 Plus, that sports a 5.5-inch display, measures 158.2mm in height and is 77.9mm wide. The Galaxy S8, on the other hand, comes with a 5.8-inch panel and measures 148.9mm in height and is 68.1mm wide.

With the S8 series, Samsung decided to go with its own artificially intelligent virtual assistant – Bixby. Other than performing the usual daily tasks like reporting the weather, Bixby also suggests information such as apps based on your actions and can even analyse images (Bixby Vision) to search for products online, translate text, or locate nearby places. Furthermore, there’s a dedicated physical button which can you press for invoking Bixby. It remains to be seen how efficient Bixby would be given Google’s Assistant will be also available but we just hope Samsung doesn’t clutter the software with its existence.

Yes, you read that right. There are six various lock screen options through which you can unlock the Samsung S8. Aside from the conventional pattern, text, and PIN locks, there are three other options including face recognition, iris scanning and lastly, using the fingerprint reader.

The Samsung Galaxy S8 is capable of streaming audio to two Bluetooth headsets or speakers simultaneously. There are even options for adjusting volume levels for each device. Despite being an infinitesimal addition, this, in my opinion, is one of the best perks of owning the device.

Speaking of Bluetooth, the Samsung Galaxy S8 and S8+ are the first smartphones to feature the latest Bluetooth 5.0. The new updates bring four times the range, double the speeds, and about eight times broadcast message capacity. While you won’t notice any significant changes given how obsolete Bluetooth transfers have gotten, you can definitely improvements when it comes to wearables and headsets.

Samsung is hopping the single mobile device bandwagon with the Galaxy S8. To achieve that, the company has introduced a new service titled “Samsung DeX” that allows users to use the handset as a full-fledged computer on an external display. The process has been kept quite standard, you connect the phone to an external display through a hub (sold separately), connect the mouse as well as keyboard and you’re good to go.

The new Galaxy S8 ditches the legacy capacitive buttons in favour of software navigation keys. However, Samsung has made some nifty changes to them, they’ve added a new haptic feedback engine that provides a noticeable feedback similar to actual clicking. The home button, in fact, remains always on and you can anytime access it by applying a little pressure on the screen.

While the handset doesn’t necessarily bring any significant upgrades to Samsung’s impeccable camera, it does sport the so-called Dual Pixel technology, which enables for much better autofocusing than the regular PDAF solution.

Oh yes, this definitely deserves a mention. The new Galaxy S8 and S8+ do rock the standard 3.5mm headphone jack and still manage to look thin and beautiful. Take that Apple!