2016 was the year when Asus literally tried everything in its power to make it rain Zenfone 3s in the market. The series which made a global debut in May was launched in India late in 2016. In the midst of all the Zenfones with a 3 fixed on their tails which were mostly value for money and middle-stream offerings, Asus took a gutsy decision and stepped into the premium segment with the launch of the Asus Zenfone 3 Deluxe. 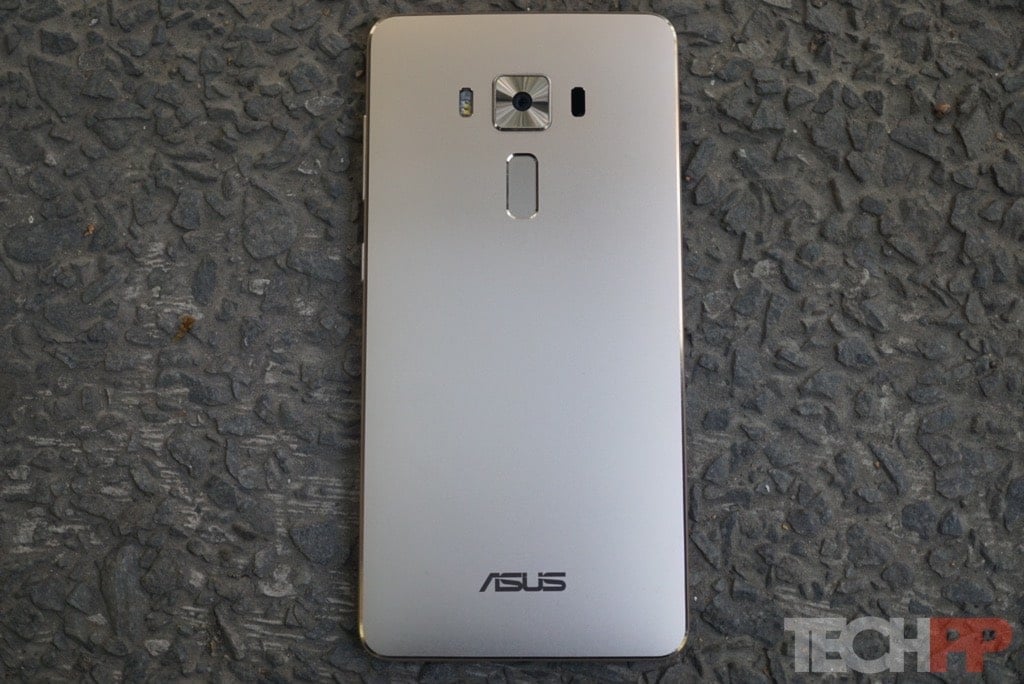 And the smartphone certainly comes with what one may call the ‘premium specifications’. We have to say, Asus has not left even a single stone unturned when it comes to the hardware of the Zenfone 3 Deluxe. The smartphone runs on the latest (at the time of writing) Snapdragon 821 processor and is paired with 6 GB RAM, but with great specifications comes a great price, which is why we think the company has priced the Zenfone 3 Deluxe at Rs. 62,999. Yes, you did read it right. It is rupees sixty-two thousand nine hundred and ninety-nine, placing it right in the midst of the likes of Google Pixel, Samsung Galaxy S7 Edge and Apple iPhone 7. Does the Zenfone 3 Deluxe do enough to be worthy of the price? Let’s find out…

Not eye-popping, but premium design 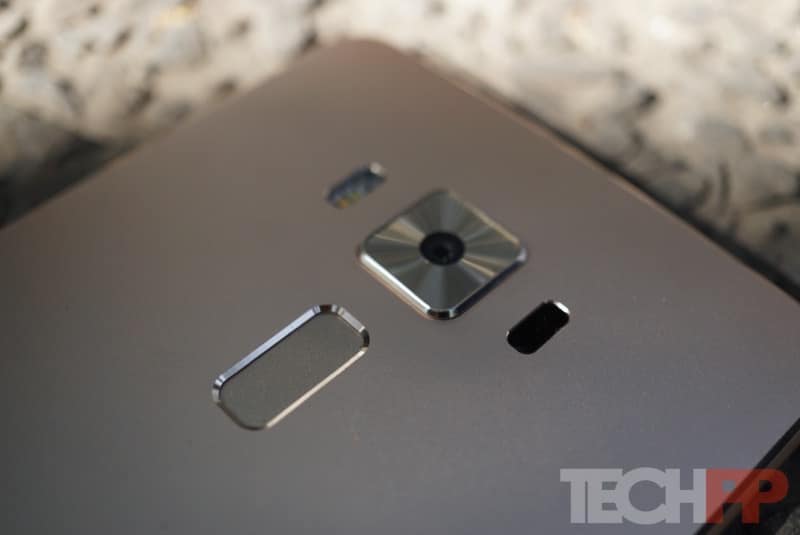 The front of the smartphone is ruled by the 5.7-inch super AMOLED display which has a black border around it. Below the display, Asus has placed three capacitive buttons for navigation purposes. Above the display the Zenfone 3 Deluxe sports the selfie camera, the earpiece and the proximity sensor. There is also a teeny-weeny LED sensor above the display along with this “regular” trio. The bezels above and below the display have got a very subtle semi-circular (what calls the “Zen”) pattern on them which makes them shine more than usual. This is very pleasing to eyes searching for glamor in the design. Thanks to the super AMOLED display, the smartphone produces amazing contrasts, really deep blacks, and all the other colors just jump out.

Moving on to the back of the smartphone which has been hyped up by the company, Asus claims that it has raised the design bar a step higher by hiding the shiny antenna bands which we see on the back of most smartphones with a metal unibody. And honestly even we think it is an achievement. While we do not have a problem with the antenna bands resting on the backs of most smartphones, we really simply were getting a little bored of the shiny lines on the back. And because there are no bands on the Zenfone 3 Deluxe, there is no segmentation on the back. The company has just placed the dual LED real tone flash, the primary camera, the laser autofocus module in one line on the top end of the back. The Zenfone 3 Deluxe also sports a rectangular fingerprint sensor just below the camera which works swiftly and can register up to five fingerprints. The smartphone holds the Asus logo on the base of the back and the rest of the back is just plain golden. It is visually very satisfying. The back of the smartphone curves outwards a little and although it is a jumbo-sized phone, the curved back offers more grip and the phone does not slip out. The smartphone measures 156 x 77 x 7.5 mm and measures 170 grams. It is big, on the heavier side, and a little difficult to operate with one hand but looks premium enough. This is not as big as the Zenfone 3 Ultra (no way!), but it definitely is on the bigger side.

The device does not exactly jump out at you from the crowd, but Asus has done its share of work to make it look decent as well as premium. Another point which we want to mention is the fact that not only does the phone that looks premium, the packaging of the smartphone was top notch as well. The Zenfone 3 Deluxe came in a blue box which one could open like a book to take the phone out while the rest of the accessories came out of a sliding section from underneath. Classy!

A performance worthy of the specs

When it comes to performance, Asus has provided us with textbook flagship specs. The smartphone comes with everything one can imagine in a superphone. It is powered by Qualcomm’s latest Snapdragon 821 chipset and is coupled with 6 GB RAM. Now, with this kind of specifications, we were hoping to throw every challenge in the book at the Asus Zenfone 3 Deluxe and expecting it to handle them with ease. And guess what? The smartphone did just that. 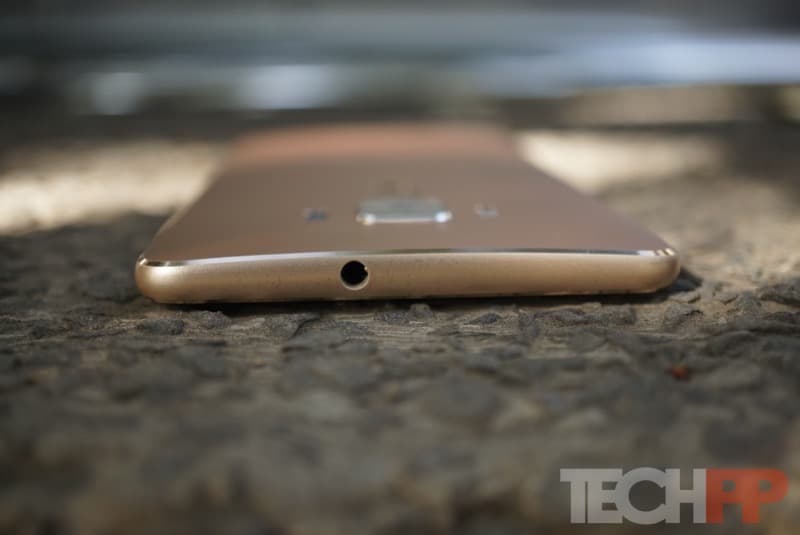 Multi-tasking and casual gaming on the smartphone were a walk in the park. The apps launched really fast and we did not face any stutters in performance even when there were as many as 15 apps running in the background. Casual games like Candy Crush, Subway Surfer, and Colour Switch were a treat to play and even games like Doctor Driving which take a considerable amount of time to launch, launched easily. And the best is yet to come. Thanks to the “ultimate” spec sheet even high-end gaming was a cake walk on the smartphone. It handled games like Asphalt 8: Airborne, NFS No Limits without a glitch. It also allowed you to record and share your games live over YouTube although we do not know how many people actually dig that, along with many other options. The smartphone also bagged a great AnTuTu benchmark score of 138255. Although this is a flagship level score, but interestingly, it is not too far away from the Lenovo Z2 Plus’ score which was 130785 – interesting when you consider that the Z2 Plus costs about a fourth of the Zenfone 3 Deluxe. 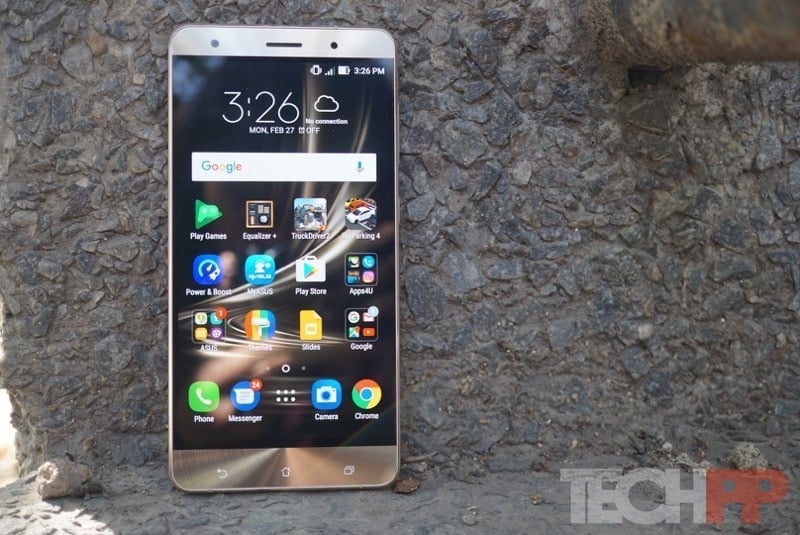 The 5.7-inch AMOLED screen makes the smartphone perfect for all the people who love binging on movies or their favorite sitcoms and because the device has got 256 GB internal storage we do not think storing them in the smartphone will be a problem. The sound on the Zenfone 3 Deluxe is also very good especially on the headphones as it supports high-res audio.

While everything else seems pretty much dandy, we witnessed a slight heating problem with the Asus Zenfone 3 Deluxe (very minor) while it handled heavy duty tasks.

The Zenfone 3 Deluxe is stacked with a 23-megapixel primary camera with dual real tone LED flash. It also offers OIS, EIS along with 4k video recording, laser autofocus and PDAF. The camera performs well in well-lit environments and captures great detail in a frame on a sunny day. The camera works smoothly and we did not face any lags while taking pictures or while the smartphone was processing them. The images produced by the camera in well-lit settings were leaning a little towards over-saturation and warm colors like orange, reds and the pinks seemed a little too dark. Also, the camera could not perform that well in low light and lacked detailing. The interface is stacked with features, something that we have come to expect from Asus. The camera app provides one with 20 different modes ranging from Time Rewind, All Smiles, Time Lapse, Slow Motion and many others. Apart from this, the settings of the camera app offer a wide scope to fiddle around with one’s photography skills. 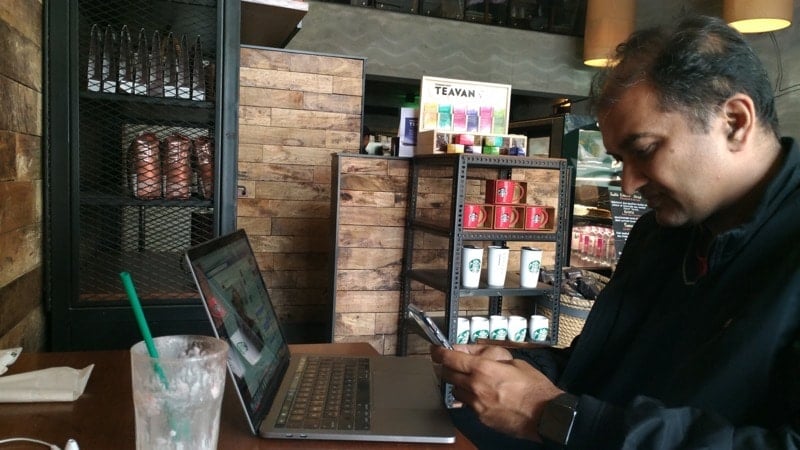 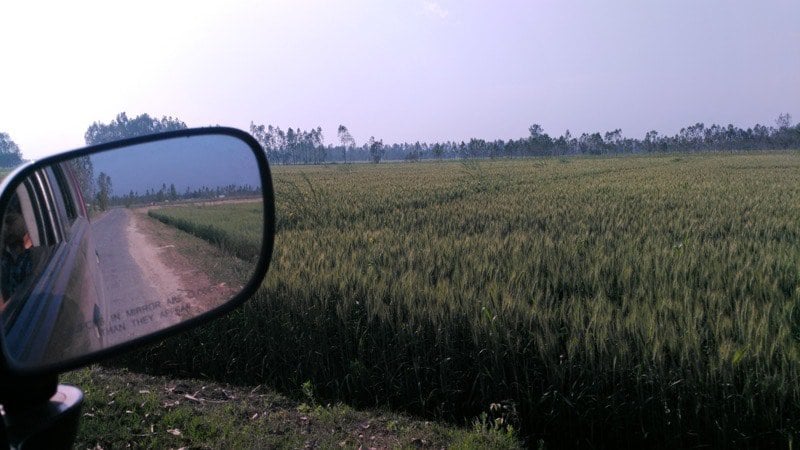 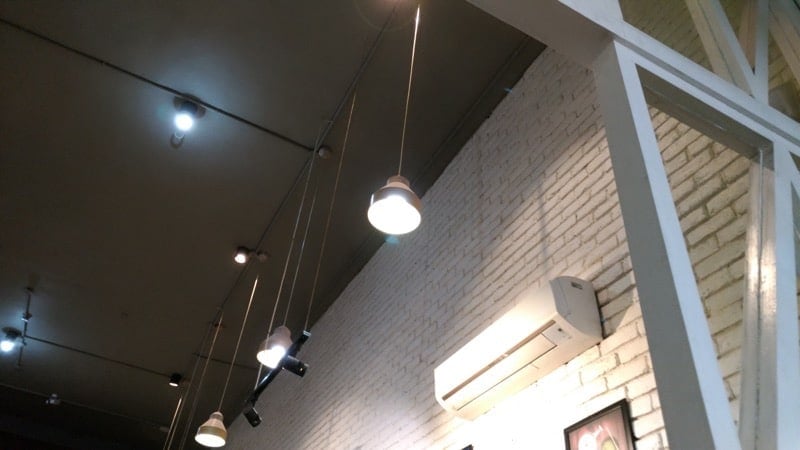 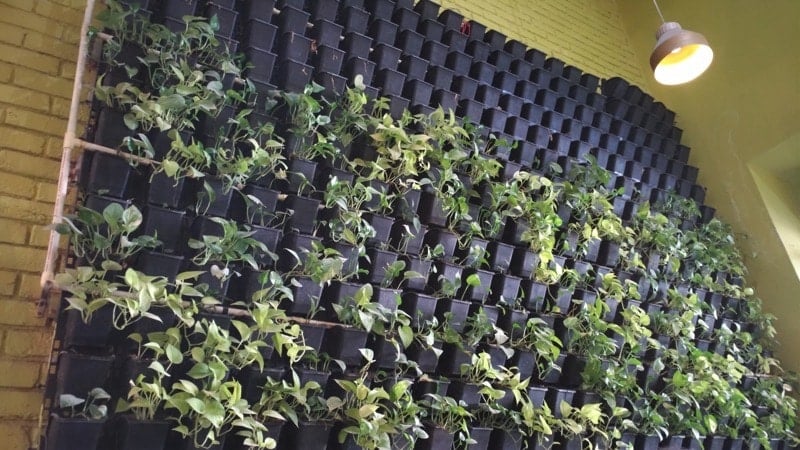 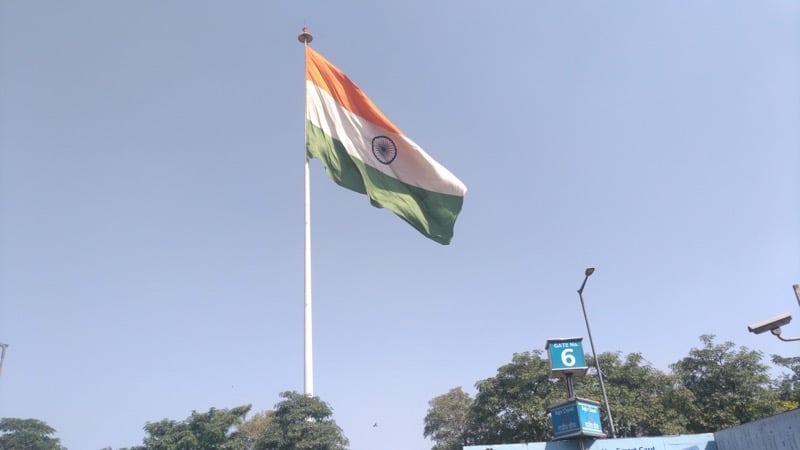 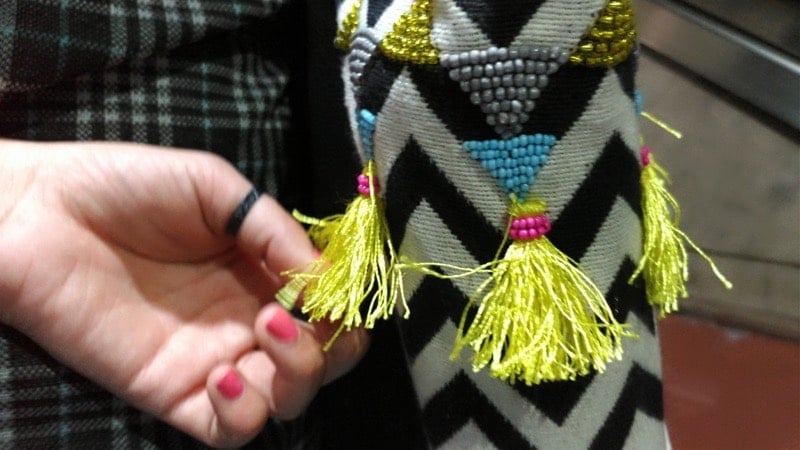 The smartphone is paired with an 8-megapixel front shooter which has also got a number of modes but not as many as the primary one. The front camera has got 10 different modes out of which we think the beautification mode dominates and turns on automatically. The beauty mode, like most smartphones, has got a scale ranging from 1-10 allowing you to decide the degree of whites and pinks on your face. The front camera seemed to be consistent in Auto mode but could not really perform in low light. Apart from this, we noticed very subtle waves on the display while the camera was working – it did not affect the images but was not pleasant to see otherwise.

The Asus Zenfone 3 Deluxe runs on a 3000 mAh battery with the support for Qualcomm’s Quick charge 3.0. We could easily use the smartphone for one day with middling usage, but if stretched to the limit with heavy usage, the phone will struggle to see off a day. We really appreciate the Quick Charge 3.0 support as we could easily charge the smartphone from nearly zero to a 100 per cent in under an hour. That said, we think for a phone this big, Asus could have done a little bit more in the battery department and could have added some extra mAhs in the battery. The smartphone is built for heavy usage and is laden with high-end specs but the battery we think is a little underwhelming.

This UI still ain’t got no Zen!

The Zenfone 3 Deluxe runs on Android Marshmallow 6.0 and is topped with ZenUI 3.0 and just as we said it in the Zenfone 3 Laser’s review, this UI isn’t Zen at all. We have not been huge fans of the ZenUI 3.0 and we think it is a little too much on the plate. The interface is full of third party apps which some people might like but we think it is just waaaaay too cluttered for us. 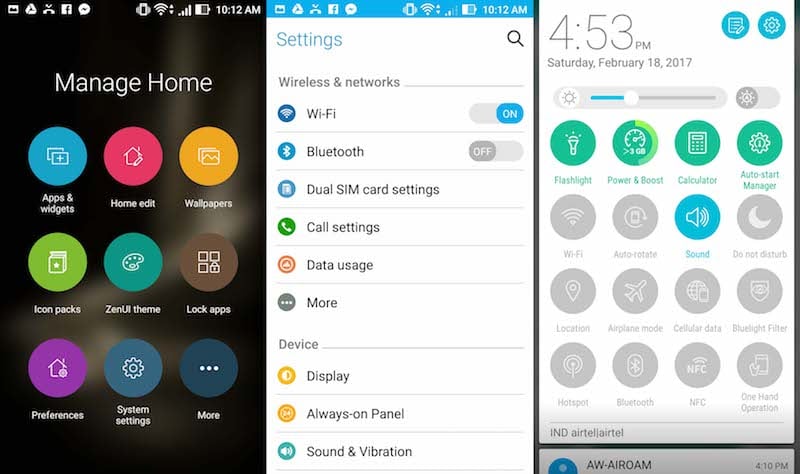 There are a few elements of surprise like Manage Home settings which pop out when you slide up on the home screen, and the UI also offers different themes but for us, it was too much happening all at the same time. There are so many settings and options that it literally took us a day to go through it all. And to be honest, we are not sure we would use most of them regularly.

Those specs: wow! That price: ow! 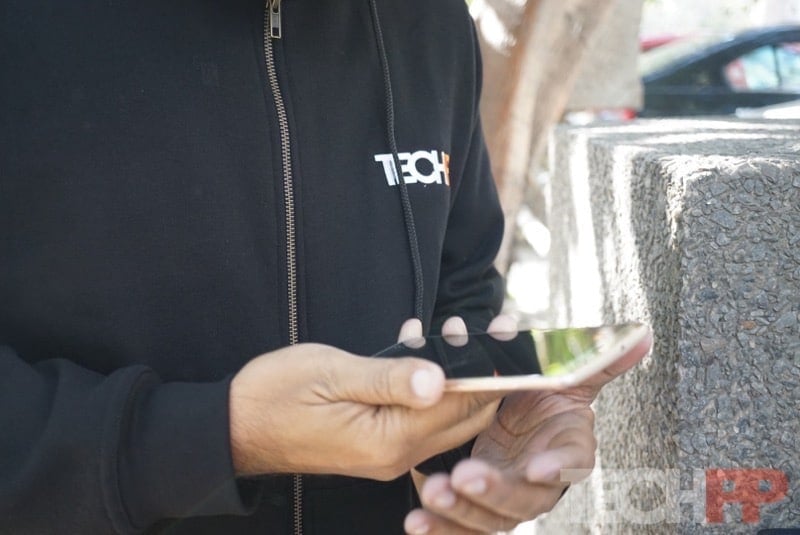 We do not have any second thoughts about the phone being a beast when it comes to the spec sheet and its performance. But what we think is going to hit Asus the hardest in the case of the Zenfone 3 Deluxe is the price of the smartphone. Asus has priced Zenfone 3 Deluxe at Rs. 62,999 which is more than the double of what OnePlus is charging for OnePlus 3T which offers a similar processor. In fact, we did not really see a humongous difference between the performance of the Deluxe and Lenovo Z2 Plus and the latter just costs Rs. 15,000. Yes, the Zenfone 3 Deluxe is a Hulk in terms of performance and that 256 GB of onboard storage is a massive plus, but its Hulk-like price is likely to make consumers hesitate from investing in it, especially when you consider the level of competition around it.

[shopsmart product=22719]
Was this article helpful?
YesNo
TechPP is supported by our audience. We may earn affiliate commissions from buying links on this site.
Read Next
Skullcandy Mod Review: Betting on doing the basics well
#Asus #Asus Zenfone 3 Deluxe #review