Dumps Peizoelectric ear piece in favor of a regular one

Xiaomi Mi MIX has become a benchmark for designing near bezel-less smartphones ever since its launch earlier this year. Though the design of the Mi MIX is slightly inspired by the inconspicuous Sharp Aquos Crystal, there’s no doubt in saying that a large of number of smartphone OEMs including Chinese ones are trying to pull off their own Mi MIX. Well, Doogee is one of them. 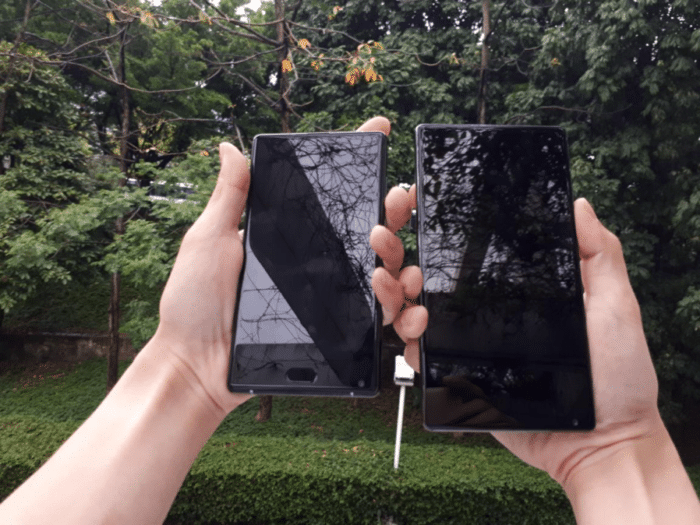 The Chinese smartphone maker has now showcased a new bezel-less smartphone called the Doogee MIX. It goes without saying that the smartphone shares the triple bezeless design with the original Mi MIX. The similarities however, don’t go beyond the name and the design inspiration. Underneath the hood, the Doogee MIX is a completely different product.

The latest bezel-less smartphone packs a smaller 5.5-inch Super AMOLED panel sourced from Samsung. This makes it more compact that the Mi MIX from Xiaomi, thereby making it easier to use. To the rear, the smartphone is seen sporting a glass like finish over a metal unibody profile. Apart from that, the rear houses a dual camera lens, LED flash and a Doogee branding. 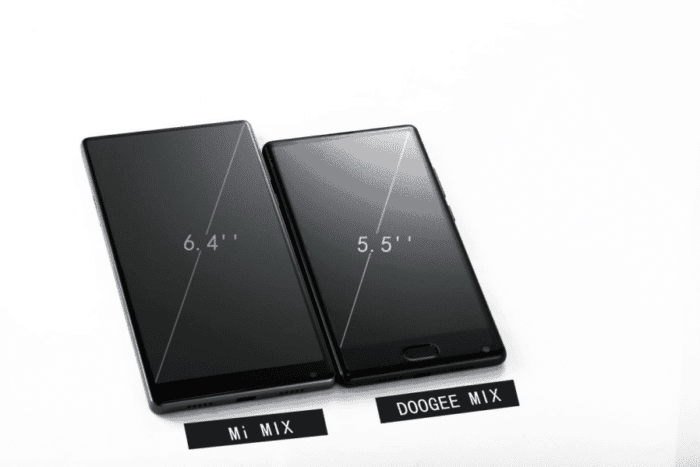 Under the hood, the Doogee MIX is said to pack a Helio P25 octa core SoC. This will reportedly be mated with 4GB RAM and 64GB of internal storage. That aside, the high end variant of the Doogee MIX will come with a higher clocked Helio X30 chip, 6GB RAM and 128GB internal storage. The smartphone is expected to be priced at around $200. Doogee however, hasn’t revealed any official information regarding the pricing and the launch date of the smartphone. 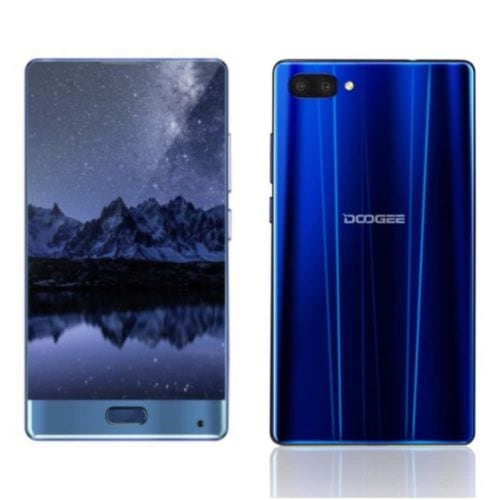 With that said, it’s always better to take the words of these Chinese OEMs with a pinch of salt. While Doogee doesn’t have the reputation of an Elephone in terms of hyping their smartphones as bezel-less by making use of Photoshop, a possibility of the same can’t be ruled out. Coming out of the cynical mood though, there’s no doubt in stating that this would be welcome device if Doogee successfully pulls it off.