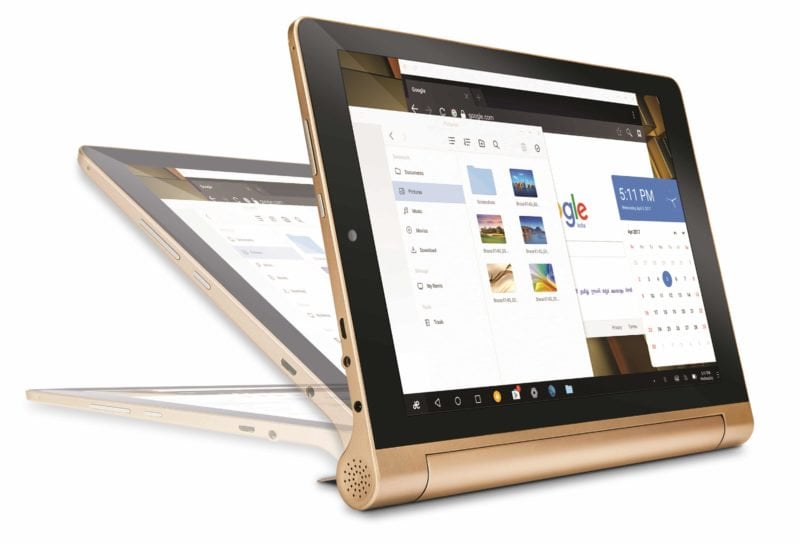 The iBall Slide Brace-X1 4G comes equipped with a 10.1-inch display along with a kickstand mechanism. Under the hood, the tablet is powered by a 1.3GHz octa-core processor paired with 2GB of RAM. On the storage front, the device offers 16GB of internal storage which is further expandable up to 64GB via microSD card slot.

Imaging options on the iBall Slide Brace-X1 4G include an 8-Megpixel primary sensor along with a 5-Megapixel secondary sensor. The device is backed by a 7,800mAh battery and supports the usual bevy of connectivity options including 4G LTE. The makers of Remix OS started out by selling Remix Mini PC’s and now the OS is being incorporated across several Android and Windows systems. Apparently, Remix OS has been able to top the benchmark charts and one can also download the Remix OS for free on older machines and improve their productivity.

Furthermore, the Remix OS also supports multiple windows and offers a greater degree of control over your device. iBall Slide Brace-X1 4G touts to offer the best of the desktop and the mobile world but the claim can only be confirmed after reviewing the device. That being said the Remix OS does come with its fair share of issues including the fact that some of the Android apps are still not compatible with the Remix OS.

Was this article helpful?
YesNo
TechPP is supported by our audience. We may earn affiliate commissions from buying links on this site.
#iBall #iBall Slide Brace-X1 4G #Remix OS