If you were to go back a decade (time machines would be so cool, incidentally!), you would get a picture where India was not really the main focus of a number of American or Chinese companies. Most Indians were still using GPRS or EDGE connections on their Nokia feature phones. People would be happy if they successfully managed to download an MP3 file on their smartphone or their favorite wallpaper. Indeed, having a Nokia N series smartphone suggested that you were a wealthy person. If a decade ago, someone was selling you something online, it is a fair chance that you would have thought it a scam of some sort.

Fast forward to today, and things have changed radically, Forget downloading songs, people stream entire cricket matches on their smartphones without a hiccup. Buying online has become a habit for many of us – from not trusting online shopping experiences, people have gone to buying gold online. So much has changed and yet the companies that actually spurred many of these changes are slowly but surely becoming marginalized every passing day.

Phones do not HAVE to cost a bomb, and you can buy online!

Even though it was Android that made smartphones accessible to the masses, without the likes of Micromax, Lava, and Karbonn, the smartphone revolution would have never started in India. While companies like Samsung and HTC did dabble in the Android smartphone market before the Indian smartphone manufacturers did, their low-end offerings were hardly usable and highly limited in functionality. Those providing a rich smartphone experience would be priced very high.

Indian smartphone manufacturers, on the other hand, started re-branding Chinese smartphones and sold them for Rs 6,000-12,000 in India. The smartphones started selling like hotcakes and in no time at all, Indian brands had significant market share. This put pressure on the likes of Samsung and HTC to provide a better value for money proposition in the lower end of the smartphone market. The competition between these companies meant that smartphones kept becoming more affordable and better every passing month. With decent quality smartphones available for relatively low prices, a number of people migrated from feature phones to smartphones. And this led to the smartphone market growing in size and becoming more and more lucrative. 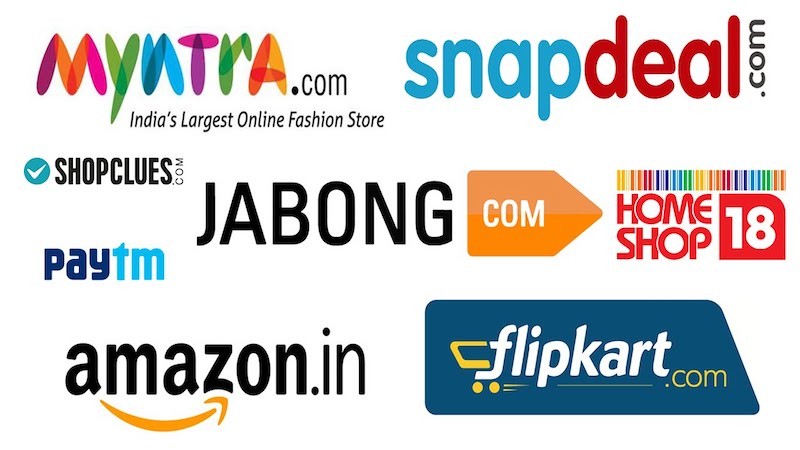 While Indian smartphone makers helped kick-start the smartphone revolution in India, it was also an Indian company that kick-started the e-commerce revolution – Flipkart. While technically Flipkart is not an Indian company as it’s registered in Singapore, the background of its founders and the country in which it operated makes it Indian for all practical purposes. By bringing out initiatives like cash on delivery, easy returns, and good customer care, Flipkart initiated the e-commerce revolution in India and even gave start-ups a boost. Just like the smartphone market, the booming e-commerce market in India also attracted a number of other players such as Snapdeal and ShopClues. 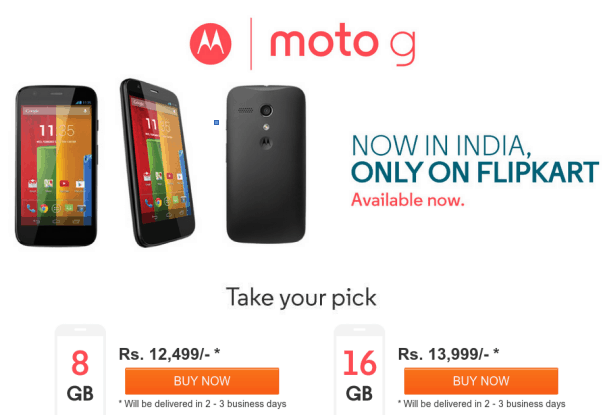 This is exactly what took place when Motorola entered India with the launch of Moto G in partnership with Flipkart. The Moto G was a big hit and was followed by the Moto E, which was another blockbuster. Motorola’s success prompted Xiaomi to enter India through the same online-only route, and several other manufacturers followed.

The fall of the Indian brands

The competition from Amazon and Chinese smartphone manufacturers has meant that both Indian e-commerce companies and Indian smartphone manufacturers have been in a free fall state for the past year and a half or so. Amazon was a late entrant to the Indian e-commerce market, having started years after both Flipkart and Snapdeal. However, Amazon’s superior execution meant that it ate away quite a lot of Snapdeal’s market share. As of now, almost everyone agrees that if not in terms of GMV, in terms of the number of shipments every quarter, Amazon is neck to neck with Flipkart. That said, neither Flipkart nor Amazon have a clear majority in the Indian e-commerce market which means that the battle still has a long way to go. Globally only one e-commerce company has managed to capture the vast majority of a market. It is Amazon in US and Alibaba in China, but who will win in India remains to be seen. 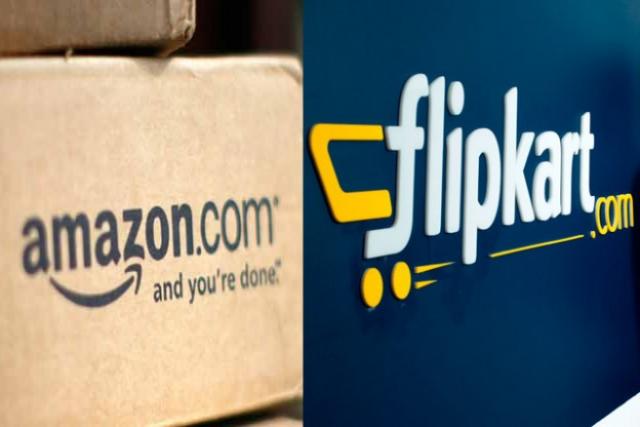 The situation in the smartphone market is even worse for Indian players than the e-commerce market. Chinese smartphone manufacturers now collectively account for close to 50 per cent of the smartphone shipments in India. No Indian smartphone manufacturer has been able to make it to the top 5 ranking for the past two quarters in terms of shipments. Companies like Micromax which were once poised to overtake Samsung and dreamed of becoming Numero Uno eventually are having to reset expectations. Meanwhile the Chinese are doing all it takes for total domination. Oppo and Vivo are spending vast amounts of money on marketing, and Xiaomi has been producing the best value for money smartphones through its Redmi and Redmi Note line, thereby grabbing the second spot in India’s smartphone market.

The perils of the lack of originality

Both the e-commerce market as well as the smartphone market experienced phenomenal growth which made it attractive to both Amazon as well the Chinese smartphone manufacturers. Now, since both Indian e-commerce companies, as well as Indian smartphones manufacturers, were replicating the business model and products of the foreign competitors, all Amazon and Chinese manufacturers had to do was play the same game they had been playing at home but with a few customizations so as to fit their product/strategy for Indian consumers. This has enabled them to make their mark in their markets at the expense of Indian companies.

Further both Amazon and the Chinese manufacturers have diverse businesses to fund their Indian losses. Amazon’s AWS unit has been a cash printing machine for the company for the past few quarters. What’s more, Amazon has always been a company that favors long term growth over short term profits and the company should have no problem justifying its International/Indian losses as long as AWS keeps growing and subsidizes some of the losses.

In the case of Chinese smartphone manufacturers, Xiaomi’s services and software strategy has started to bear some fruits in the Chinese market. This, in turn, creates a self-reinforcing cycle. Xiaomi started out selling smartphones for virtually no margins in China hoping to make money off software and services. Now that the company is making money off software and services in China, it is going to pitch investors the same strategy for India, i.e., to sell smartphones at cost price and make money off of software and services. Apart from Xiaomi, Oppo and Vivo’s parent company B.B.K should have a very profitable operation in China and other South East Asian markets if their ASP is anything to go by. So their seemingly crazy marketing spends in India, even if they create losses in the short term are unlikely to be a concern for the company as long as they bear long-term fruit in the form of brand recall.

Indian e-commerce and smartphone manufacturers have no strong diverse businesses. Flipkart does not have a lucrative cloud business and even though Micromax has ventured into TVs and ACs, its market share in these segments is not enough to offset any potential loss in the smartphone segment.

There is no doubt that Indian e-commerce and smartphone companies have played a vital role in shaping the digital lives of millions of Indians, but their first mover advantage is being nullified by foreign companies. This is not the first time this is happening. Remember how BPL used to dominate TVs in Indian households once upon a time before it got swept away by foreign competitors? The chances of revival of Indian smartphone manufacturers seem bleak unless and until the Chinese stop their marketing expenditures, which they are unlikely to. Flipkart has a good chance of competing with Amazon but again, it does not have a cloud business to fall back on and Amazon is unlikely to let up on the discounts and marketing spend until it achieves total domination.

They might have spurred the smartphone and e-commerce revolutions, but Indian brands stand in danger of being sidelined now unless they come up with an effective follow-up strategy. Well begun is half done. But it is to be remembered that it is “only” half done. Indian brands need to focus on following through on their good starts. Can they?

Was this article helpful?
YesNo
TechPP is supported by our audience. We may earn affiliate commissions from buying links on this site.
Read Next
Best Black Friday Phone Deals 2022: iPhones, Pixels, Samsung Galaxy and More
#analysis #eCommerce #india #smartphones