Just like every other year, Apple is expected to unveil a new iPhone in a few months’ time. Needless to say that the internet is flooded with various rumors regarding the upcoming handset. The latest report tries to give us a glimpse at the possible design of the iPhone 8. 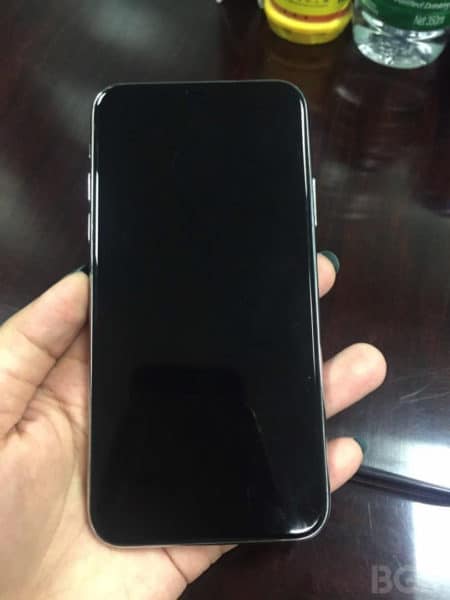 The leaked images reveal the external design of the alleged Apple iPhone 8 in full glory. With that said, there isn’t really any way to judge whether the smartphone indeed rocks the production design of the upcoming iPhone or not. As per the report, the unit showcased is apparently an iPhone mockup by an inconspicuous Chinese hardware manufacturer that has been developed by secretly collecting finalized design schematics from factories manufacturing the upcoming Apple iPhone 8. 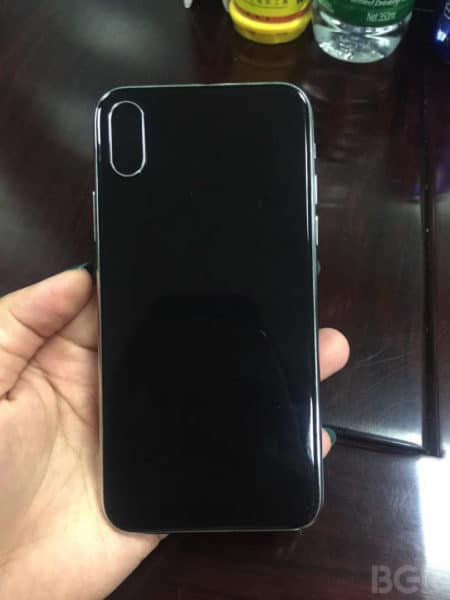 From previous occasions, we have seen mockups of iPhone and other popular Android smartphones do provide insights into the final design of the production device. The leaked images reveal that the rear of the iPhone 8 will probably be made out of glass. It’s worth noting that the iPhone 8 will pack a 2.5D curved glass on both the front and the rear (like we saw on Xiaomi Mi6). Apart from that, the leaked device is seen sporting a dual rear camera setup just like the one seen in the iPhone 7 Plus. Incidentally, the two rear shooters are placed vertically in place of the horizontal arrangement seen in its predecessor. Besides, the rear camera unit is seen protruding out of the main body of the smartphone by a noticeable margin.

Going by the recent trend, Apple is expected to remove the 3.5mm headphone jack from the upcoming iPhone 8. And the leaked images clearly reveal the same. The bottom of the Apple iPhone 8 would simply feature a charging port and dual speakers. 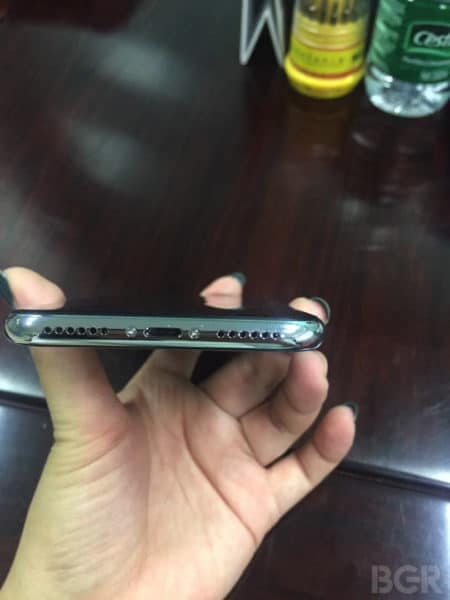 One of the main highlighting features of the leaked images, however, is the absence of a fingerprint sensor. There have been mixed reports regarding the placement of the fingerprint sensor so far. While some tipsters and industry analysts claim that Apple would be using an In-Display fingerprint sensor, others believe that the sensor will be present at the back of the phone. Considering the fact that in-display fingerprint sensors aren’t yet ready to be hit mass production, it’s highly likely that the TouchID sensor would indeed be mounted on the back of the device. That said, the root cause behind the displacement of the fingerprint sensor from the physical home button is the impressive body to screen ratio of the iPhone 8. It is rumored to better Samsung’s 83% body to screen ratio on the Galaxy S8. This would eventually result in Apple ditching the physical home key.

With that said, there’s still four months time between the official launch and now. So we can pretty well expect more such iPhone 8 mockups and third party cases based on factory leaked schematics cropping up. For the uninitiated, reputed case maker Ghostek was the first to reveal Samsung Galaxy S8’s design in a render of its upcoming cases.

TechPP is supported by our audience. We may earn affiliate commissions from buying links on this site.
Read Next
Alert! You’re Hiding Sensitive Information From Your Images on iPhone W...
#apple #Image Leak #iPhone 8 #rumors