Samsung Galaxy J5 2017 and Galaxy J7 2017 have now been leaked in a series of renders shared by industry insider Roland Quandt. The renders clearly reveal that the all new J-series devices from Samsung would come with a major design overhaul. Ditching the metal frame and polycarbonate shell, the new Samsung Galaxy J7 (2017) and J5 (2017) would be coming with a metal unibody design. 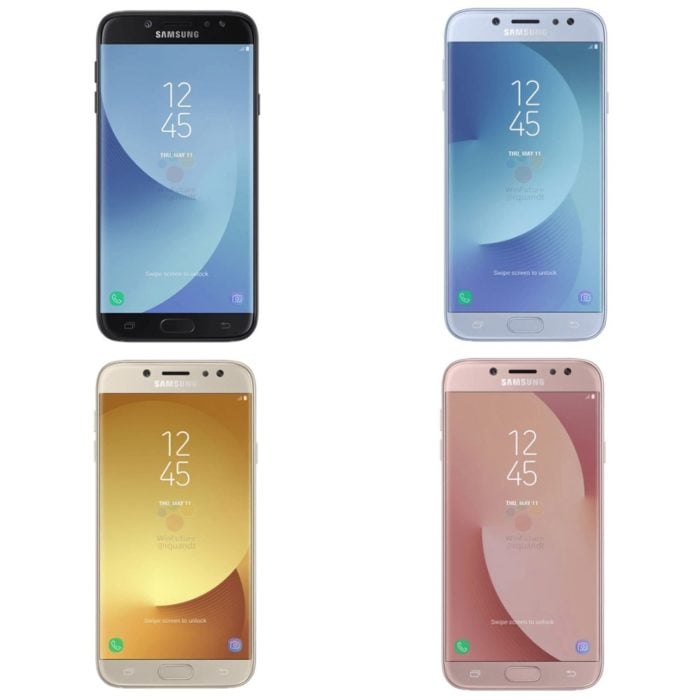 The renders further showcased all the four color variants of the upcoming smartphones. For those wondering, the Samsung Galaxy J7 (2017) and Galaxy J5 (2017) would be coming in Black, Blue, Gold and Rose Gold hues. Externally, these smartphones would come with a rather unconventional rear design. Instead of having horizontal antenna bands, Samsung had decided to make two U-shaped bands on the extreme top and bottom corners of the rear metal housing. The rear design has also been changed with the LED flash now integrated along with the sensor in a vertical orientation.

Apart from that, the corners of the smartphones are much more rounded that its predecessors. The bezels on the front are minimal too. Unlike the recently launched Galaxy S8, the upcoming the J series smartphones from Samsung bears the characteristic rectangular home button. It goes without saying that this button would bear an embedded fingerprint sensor. 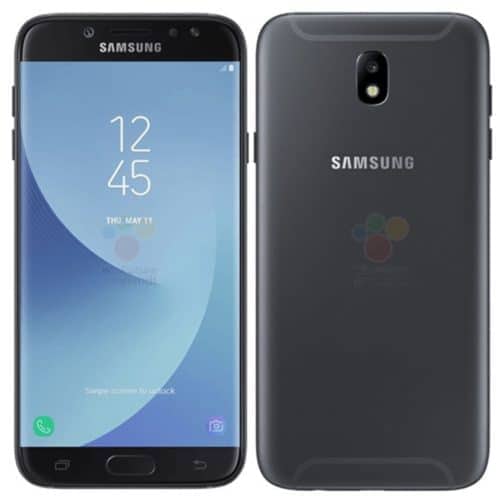 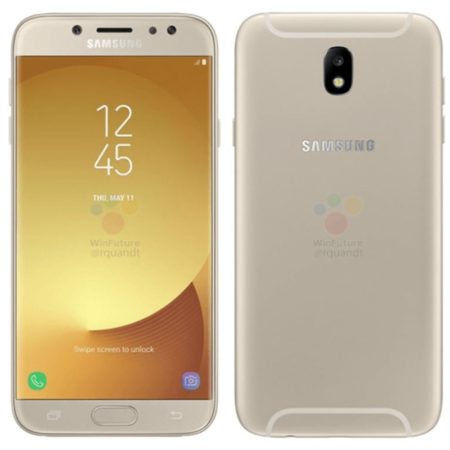 The Galaxy J7 (2017) on the other hand would come with a larger 5.5-inch Full HD (1,920 x 1,080p) Super AMOLED display and 3GB RAM. All other specifications would be similar to the one on its smaller sibling. Both the smartphones would run on Android Nougat 7.0 with TouchWiz UI on top.

Details regarding the pricing of these smartphones aren’t available as of yet, but Samsung is expected to debut these two phones early next month.