Being an Android launcher is difficult in 2017. For starters, the Play Store is swarming with options. Second, users mostly prefer the legacy ones like Nova Launcher which, in its defense, has consistently managed to captivate the audience with a rich feature set. However, these apps have been mostly designed to cater the Android aficionados (like me) and their customization appetites. 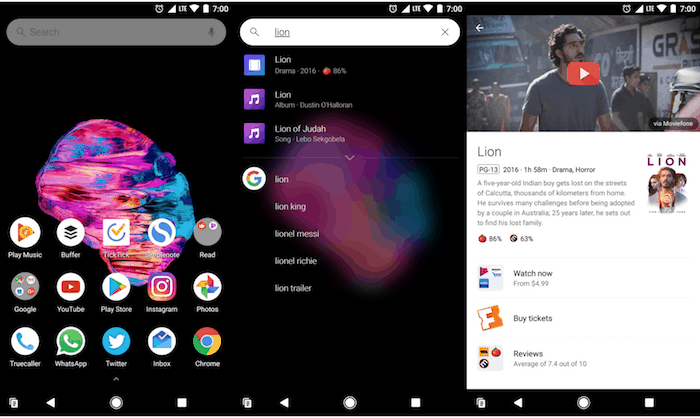 Fortunately, there are a few developers who are aiming for something else, and one of such is Evie Labs. Their app is called Evie Launcher, and it has been buzzing around the community for a couple of months now. The primary cornerstone here is the presence of one of iOS’ most appreciated feature – a universal search functionality that can be accessed directly by swiping down. I’ve been using Evie as my launcher for quite awhile now, and I must say, I don’t think I can live without that search bar anymore.

Evie launcher, fundamentally, attempts to deliver a straightforward experience. However, it is supplemented with a slew little additions. The very first time you boot it up, the app lets you import your current setup from just about any other launcher. The design mostly resembles the Pixel launcher with a similar gesture for bringing up the app drawer. While the launcher comes out as a drastically basic platform, there are various settings you can configure for matching it with your preferences.

Of course, the ethos of Evie launcher lies in the search bar present on top. There are two available skins you can choose from – the default white one or you can opt for an aesthetically more modern, subtle mode that automatically switches its colors based on the wallpaper. Furthermore, there are a bunch of ways you can invoke search – tap on it, pull down on the homescreen or press the home button. 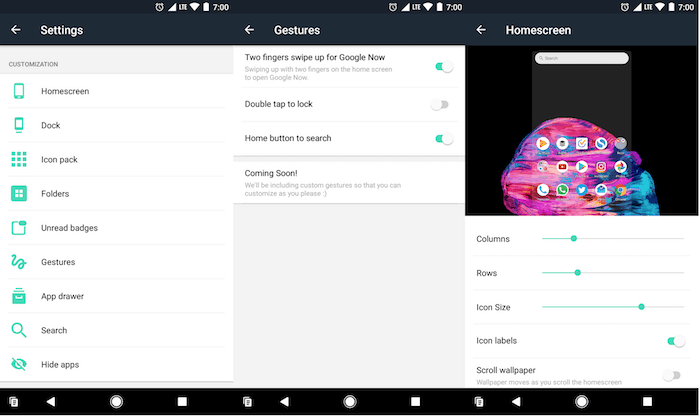 Evie launcher is capable of searching almost everything you would want from contacts to restaurants to Google to play store listings. The app even comes with its own set of information cards when you look for things like musicians, movies and more. Those cards contain most of the data you would normally need such as WhatsApp links in the case of contacts, reservations links for restaurants, what have you. The results are surprisingly quick to load and in fact, it searches Google faster than its official app or widget.

The search bar is certainly the most crucial reason I have been stuck to a single launcher for months. I usually return to the Pixel launcher in a week or two. But not this time. Evie launcher supports the majority of personalization options including homescreen size, icon size, icon packs, dock configurations, folder appearances, unread badges and a bunch more. Moreover, you can set up three gestures as well – two fingers swipe up for Google Now, double tap to lock and home button to search. Obviously, you will need grant administrative permissions for the second one. You can also hide apps, show new ones on the top of the app drawer, use app shortcuts if you’re on Android Nougat and backup/restore the current layout.

There is a certain sense of coherence with Evie launcher, transitions are substantially more fluid than its counterparts, settings don’t seem like an overkill of options, and it works seamlessly out of the box which makes it perfect for someone looking to switch from their default launcher. Evie launcher is also entirely free of cost, and if you’ve searching for a refreshing experience, this is the place to start.

Was this article helpful?
YesNo
TechPP is supported by our audience. We may earn affiliate commissions from buying links on this site.
Read Next
With Football Manager 2023 Touch, Apple Arcade finally has its “killer ...
#android #apps #Evie Launcher #Opinion