A few weeks back Motorola launched its new budget lineup consisting of Moto C and the C Plus. The Lenovo-owned company already has the Moto E lineup serving as an entry level offering but perhaps the company is leaning more towards an offline strategy with the Moto C. An Indian retailer has confirmed that the Moto C is in stock and is priced at Rs 5,999. Initially, the Moto C and the C Plus were announced in Latin America, Europe, and Asia Pacific. 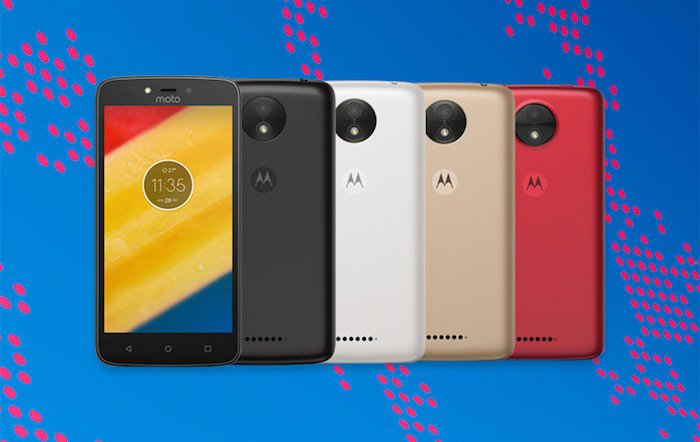 The Moto C Plus, on the other hand, is powered by 64-bit quad-core MediaTek CPU clocked at 1.3GHz and comes with a much larger 4000mAh battery, 5-inch 720p panel, an 8MP rear lens, a gig of RAM, 16GB of internal storage and Dual-SIM support. Both the devices are compatible with a MicroSD card and run on Android 7.0 Nougat.

Speaking on the announcement, Sudhin Mathur, Managing Director, Motorola Mobility India and Country Head, Lenovo Mobile Biz Group, said, “According to the reports fewer people are expected to upgrade to smartphones because of concerns over price, need and ability to use. We see this as a huge opportunity for a brand like us to initiate the smartphone journey for feature phone users. At Motorola, we focus on mobility through device innovation, user-centric design and smart connectivity to offer the best possible smartphone experience to the consumers.”

It seems like Motorola has launched the Moto C offline-only at an MRP of Rs 6,999 and the best buy price of Rs 5,999. The opportunity here is the void in the segment when it comes to offline market there is a dearth of smartphones with 4G VoLTE from known brands. The other contenders like Xiaomi Redmi 4 are only available online (except for the Mi Home) and the flash sales make it tougher for anyone to purchase the same. That being said the Moto C is currently available only in Black color and that is a bit of a letdown.

The article was updated with the best buy price after official announcement.

TechPP is supported by our audience. We may earn affiliate commissions from buying links on this site.
Read Next
A 200 MP Camera Phone with No Buzz: How Moto Lost the India Plot… and C...
#Lenovo Moto #Moto C #Moto C Plus #Motorola