Lenovo Launches the 2017 ThinkPad and ThinkVision Lineup in India

Lenovo has pulled the wraps from its new range of Think PCs for 2017. Lenovo’s updated lineup comes with the latest Intel 7th Generation chipset and an array of other hardware options. This time around Lenovo will be baking in the Fingerprint reader with a dedicated chip, Low-Temperature Solder process for better reliability, low blue light technology to prevent eye fatigue along with Lenovo Smartbeep Technology. 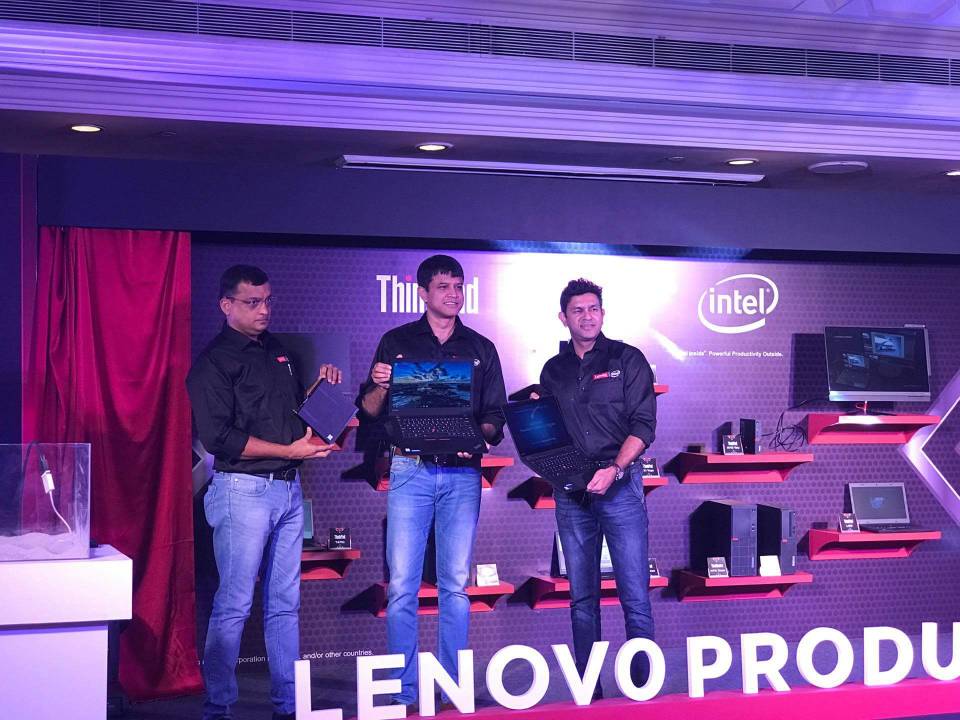 The ThinkPad X1 Carbon comes with a 14-inch IPS display and the chassis is made up of four layers of carbon-fiber reinforced material alongside a magnesium alloy roll cage for better resilience. The ThinkPad X1 Carbon weighs at just 1.1KG and on the connectivity front, the device offers Thunderbolt 3, LTE, Wireless WAM along with WiFI. The X1 Carbon offers of up to 15.5 hours of battery life and the fast charging are rated to charge the device from 0-80% in just one hour. Moving on, the ThinkPad X1 Carbon is priced starting from Rs 1,23,000.

The ThinkPad X1 Yoga comes equipped with an OLED display and since its a Yoga product the X1 can be rotated by 360-degree thus accessing the different modes. The Stylus or the pen is rechargeable and the X1 Yoga also comes with a LTE-A slot in order to assure maximum connectivity without entirely relying on the WiFi. The ThinkPad X1 Yoga is priced starting at Rs 1,45,500.

The Yoga 370 also comes with a 360-degree hinge and it also flips from tablet mode in a jiffy. With the ThinkPad Yoga 370, Lenovo is aiming to cater to the users who are looking for a ultraportable hybrid that doesn’t compromise on the hardware front. Apart from supporting the Lenovo Pen the Yoga 370 also comes with a backlit keyboard and the prices start at Rs 96,000.

Both the ThinkPads are from Lenovo’s rugged range of laptops. the Laptops are tested against 12 military-grade requirements and have been subjected to 200 quality checks. Needless to say, the machines are capable of tackling the rough conditions with relative ease. Also worth mentioning is that both the ThinkPad L470 and the T470 are optimised to be enterprise worthy machines.

The Lenovo ThinkPad T470s is yet another rugged laptop from Lenovo that starts at Rs 97,700. It weighs only 1.32Kgs and the stress is on portability and ruggedness.

Lenovo’s ThinkVision lineup is made up of high-end monitors. The ThinkVision X1 is a slim monitor that supports 4K UHD video and is optimised to deliver vibrant colors with deep blacks. The monitor comes with two Type-C USB’s, one for power supply while the other can be used to connect for video, power and data. Furthermore, the monitor also comes with a built in with an FHD camera, dual-array microphones and stereo speakers as well. The ThinkVision X1 Range starts at Rs 45,000

The P27H is a 68.5cm QHD IPS type screen which has been factory calibrated for accuracy, better display rates and TUV eye comfort certification. The monitor comes with a single cable connection for video, power and data. The ThinkVision P27h is aimed at professionals for whom the quality of the display is a deciding factor. As far as pricing is concerned the ThinkVision P27h is priced starting at Rs 36,000.

Unlike the other two monitors featured above the ThinkVision T24i starts at a much lower price point of Rs 18,000. The display offers four USB ports along with an audio port. The T24i is more for the run of the mill usage and the lineup is offered in nearly all the popular display sizes.