India’s urban development sector is one of those areas which has sustained a significant technological boost in the past couple of years. With projects like “Smart Cities Mission”, the government has been aggressively investing and pushing forward innovation country wide. In this period, various startups have come forward as well for modernizing the archaic methods and bringing more seamless IoT solutions. The Goa-based startup, Tungsta, is one of them and its team has been developing a much smarter street light system for the past year.

Tungsta is a cloud-based wireless system for street lighting. The startup fundamentally wants to revolutionize the product with a significantly more modern and effortless product that works with new as well as existing setups. Tungsta comes with every feature you’d need for such a project and each of these can be controlled remotely. More importantly, they have integrated a series of sensors including one that can analyze the traffic condition and dim the lights accordingly. As a result of this, the company claims they are able to converse roughly 64% of energy. 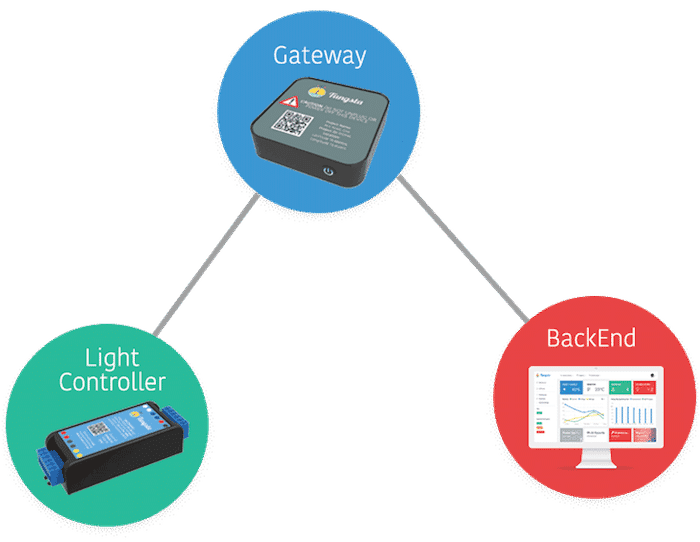 The network can be managed entirely through a real-time dashboard termed as “Tungsta Panel”. It includes a granular availability of options including live monitoring of every light, luminosity controls, individual conditions, warnings and it can even report whenever any particular fixture is down which leads to 35% savings in maintenance cost. One of the rationales behind this project is the lack of proper infrastructure in the current solutions especially when it comes to maintenance. 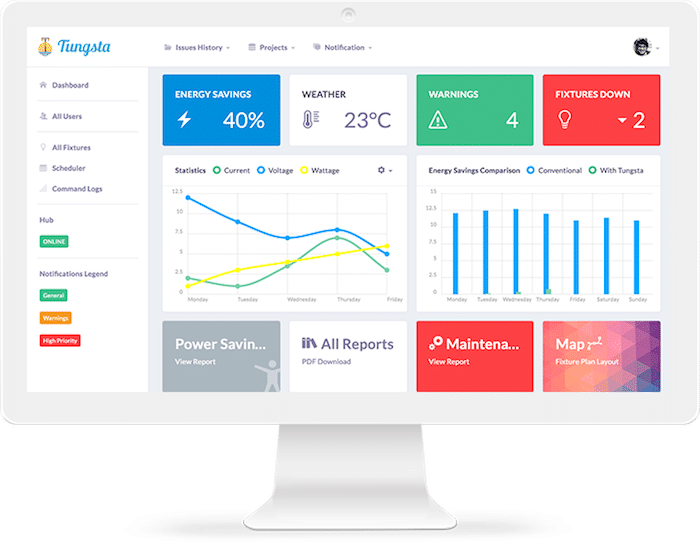 Nagarjun Kinare, CEO of Tungsta, mentions, “the entire maintenance is done by folks from the electricity department, right from turning these lights on in the evening to repairing them only when a complaint is received. Forget the energy saving aspect, there is nothing in place to look after these street lights once they have been installed and running.”

Moreover, Tungsta’s hardware isn’t limited to merely enabling smarter street lights. Its components have been designed considering the vast potential of these cities and hence, any Tungsta module can be easily, for instance, swapped with a Wifi one, thus making each pole a wireless Hotspot.

Furthermore, when we enquired how they are planning to ensure timely maintenance, Kinare said, “We have a dedicated hardware team just for the maintenance and debugging for an initial couple of years at least. Besides that we do a preventive maintenance quarterly for every pole irrespective of its condition, we make sure each pole is taken care of. Like the old saying goes, “an ounce of prevention is worth a pound of cure”, it definitely applies to electronics hardware as well.” Once the warranty period expires, clients can also opt for an AMC (Annual Maintenance Contracts).

As of now, Tungsta has executed some initial tests in Goa. Moreover, they are working with the local state government as Panaji (capital city) is part of the Smart City program. Other than that, they are eyeing a few other cities which are on similar lines and a couple of private firms.

Being startup, though, there will be questions about the QA testing that goes behind these large-scale products. Commenting on that, Nagarjun stated, “Even though we have tested it on a smaller scale (50 lights), we have run lab tests and simulations of over 1000s of streetlights during the testing of this whole system. We have built the platform keeping in mind the scale of Smart cities so we are pretty confident with regards to a number of lights it can handle.”

While Tungsta is currently dedicated to kick-starting its services in smart cities, the company will also be expanding to independent offices and homes soon. “Technicality wise, the next step for Tungsta would be an integration of Wifi Hotspots and LED signages for advertisements. as of now we are focused heavily on our sales and marketing to get the system installed in a lot of Smart cities and huge campuses.”, Kinare added further.

While this field may sound relatively difficult to crack as a startup, there’s certainly a need for a more modern system especially when we consider how rapidly smart cities are progressing in India. Apart from a straightforward user interface, Tungsta’s product also brings substantial energy and cost savings which should be enough for them to succeed at this point. But the real question is, how serious are the central and state governments to make our cities smart?

Was this article helpful?
YesNo
TechPP is supported by our audience. We may earn affiliate commissions from buying links on this site.
Read Next
What is UPI Lite and How to Enable it on Any Device [2022]
#india #Smart Cities #startups #Street Lights #Tungsta