Xiaomi has been sticking to the deadlines when it comes to the MIUI updates, but the same is not true for the Android versions. For the sake of context, MIUI is Xiaomi’s overlay and is based on different versions of Android. Although Xiaomi ensures to update really old devices to newer MIUI versions, the actual Android OS version bump is hard to come by. Most of the devices including Mi Max 2, Mi 5C and the Redmi 4X will be treated to a Nougat update as well. 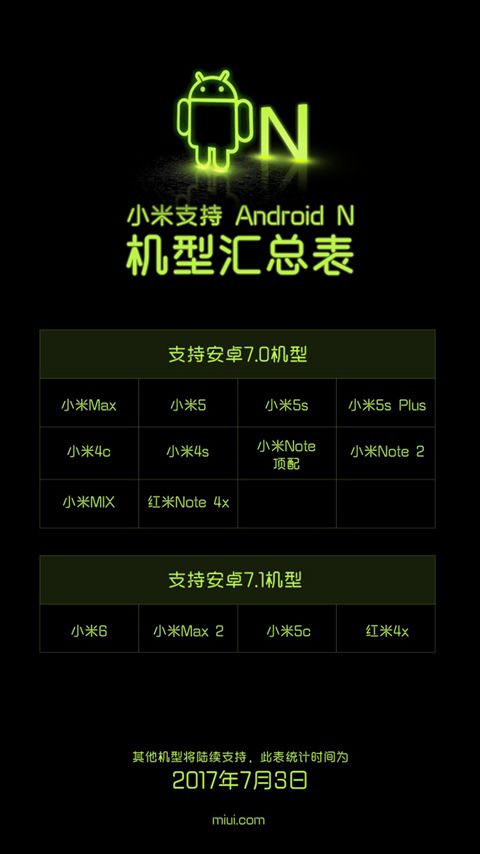 Android version has become one of the most crucial aspects while buying a new device. Unlike Apple, the update mechanism in Android can get pretty tricky, and it’s mostly up to the manufacturer and the carrier to decide whether to update your phone or not. That being said, even if your device is not on the update list you can still update to MIUI 9 (currently being beta tested) and wait for the Android 7.0. Despite being released a year ago, the Android Nougat still accounts for only 8.9% of the Android devices while the Marshmallow and Lollipop still top the charts with 31.2% and 22.6% respectively.

It’s very likely that the future Xiaomi smartphones will offer Nougat out of the box. Updates are quintessential since they ensure your Android phone is shielded from the security threats and vulnerabilities. In fact, it’s due to the quick update cycle, stock Android devices like Pixel and Google Play editions are preferred over the regular counterparts.

TechPP is supported by our audience. We may earn affiliate commissions from buying links on this site.
Read Next
With Redmi A1, is Xiaomi Resurrecting the Android One Dream, but Without Google?
#Android Nougat #xiaomi