In this era of fake news/misinformation, we finally have a glint of hope. No, I am not talking about hoax-slayers but instead a new game that helps you become one! Yes, a former journalist, Maggie Farley wants to take on the fake news brigade globally by educating internet users on how to zero in on fake news. The game is “Factitious” in nature and will probably help people including the ones running the newsroom. With the advent of platforms like Facebook, WhatsApp and other mediums the fake news/misinformation is steadily rising. 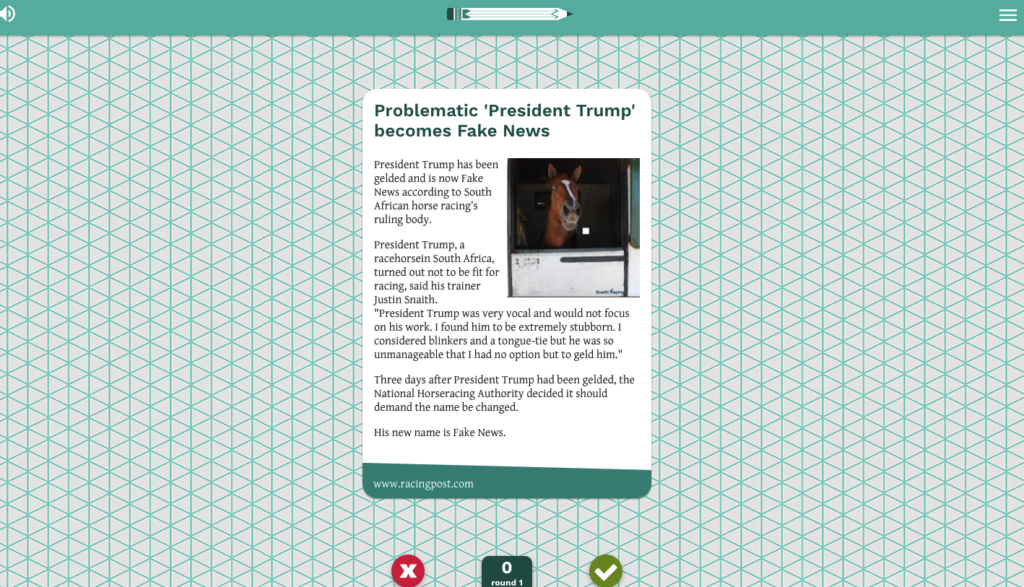 The Factitious game will test your ability to spot fake news and when you play it displays an article card along with a source. If you feel its a fake news you need to hit the “Cross” button or if you find the news to be authenticated, hit the “Tick” button. The best part is that the game will pop up cards explaining why your answer is right or wrong. 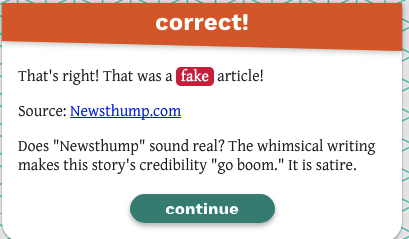 I slipped into ninja mode and thought that I would ace this game but spotting a fake news is apparently not that easy. Clickbaity headlines and sources that sound similar to larger publishing outlets make it increasingly difficult. Also at the end of the session, the web page will show your accuracy level and don’t be dejected with low scores you can always improvise. As a user, you will also be allowed to suggest content that needs to be included. 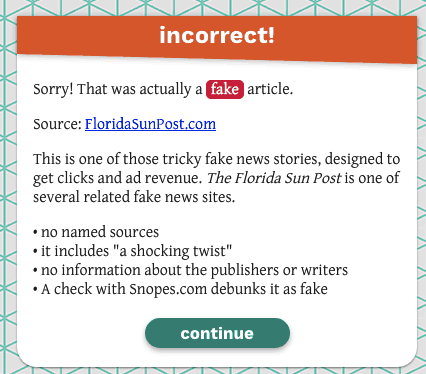 The creator of the game, Farley said that the game was originally meant for high schoolers and middle school students but later she realised how people from any age group could benefit from the same. First time internet users are being deceived by the fake news and the army of fake news websites only seems to be rising, even Google is taking counter measures but I don’t see the same happening on Facebook. The Internet has become the ground zero for political parties and armed with their fake propaganda and sock puppets they are capable of turning the world upside down. It is efforts like this that will help internet users negate the learning curve.

How to Spot Fake News on WhatsApp [Guide]
Read Next
Source: Alphr

Alibaba Singles' Day 2019: Fact Sheet
Time to switch off the 'switch off your phones' theme?
Stuffcool WC 630 Review: Charging Off the Mat...and Off the…
[Face Off] Redmi Note 10 Pro Max vs Mi 10i: Which is the ten…
Disable Off-Facebook activity to prevent Facebook from…
Dear smartphone brands, Why are you telling us to switch…