Nokia 8 will be Officially Announced on August 16th

Days after being extensively leaked online, Nokia’s first Android flagship smartphone – the Nokia 8 now has an official launch date. The Finnish company has started sending out press invites revealing that the handset will be unveiled on next month’s 16th in London at 7:30 PM local time (12 AM IST). 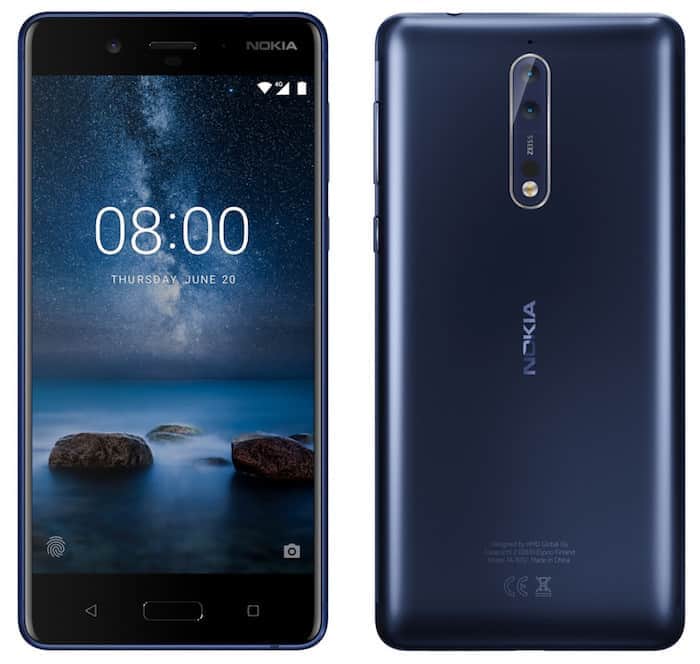 For the past few weeks, the Nokia 8 has been constantly appearing online leaving almost nothing to the imagination. The press renders revealed in a VentureBeat report recently suggested a rather conventional design which Nokia’s existing budget smartphone lineup also comes with. The polycarbonate clamshell body doesn’t seem quite appealing at first glance, although it does allow the company to maintain a common language across all of its smartphones. In addition to that, there will be a fingerprint scanner housed under the front home key and two off-screen capacitive buttons beside it.

The leaked press render revealed a blue color option, however, according to the report, it is also expected to be available in a few more shades including steel, gold/blue, and gold/copper. As far as the specifications are concerned, previous rumors have stated that the Nokia 8 will feature Qualcomm’s latest Snapdragon 835 processor, Dual-SIM compatibility, 64 GB of internal storage (possibly more variants), Android Nougat 7.1.1 software, 5.3-inch Quad HD panel, and 4/6GB of RAM.

The headlining feature, however, is the presence of the Zeiss-branded two 13-megapixel cameras on the rear. The company only recently announced the renewed partnership between the brands. We certainly expect an impressive set of optics to come out of this handset and it’ll be interesting to see what else Nokia, which was in its high time known as the best camera-phone maker, brings to the table. One important term that’s missing is the ‘PureView’ technology. Sadly, Microsoft has retained the technology and it wasn’t part of the deal when they sold back Nokia Mobile to HMD Global.

It remains to be seen if HMD Global will be launching the Nokia 8 in India alongside the US/European markets.