Clamshell had been in vogue a decade ago, but with the advent of touchscreen smartphones, the clamshell form factor soon gave way to the current ones. However, some countries like Japan and South Korea still have hots for these clamshell phones. Samsung is apparently readying the SM-W2018 (SM-G9298), which is a dual-screen clamshell phone with high-end specs on the offering. 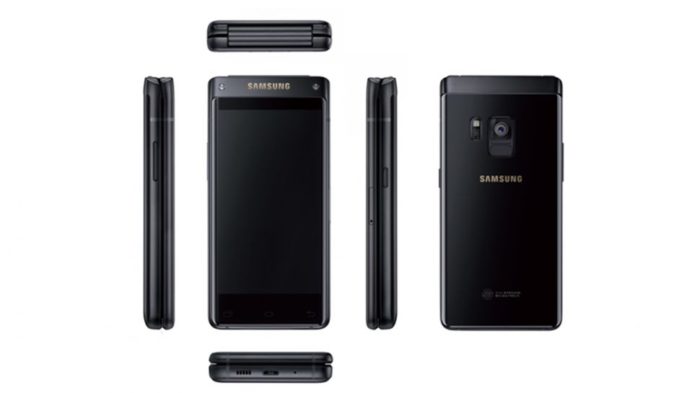 Both screens are expected to be 4.2-inch FHD units. The Samsung SM-W2018 will be powered by the Snapdragon 835 coupled with 6GB of RAM. The phone is expected to offer 64GB of internal storage on the storage front. The SM-W2018 is likely to end up being the most powerful clamshell phone; not that many are around.

The Samsung SM-W2018 is also well equipped on the imaging front; the phone offers a 12-Megapixel camera on the rear and a 5-Megapixel unit on the front. The device is also expected to come baked in with a fingerprint sensor. Just like all the other clamshells, the one from Samsung is also likely to be on the heavier side.

The SM-W201X series is one of the lesser-known Samsung lineups. In fact, this clamshell lineup is meant exclusively for the Chinese markets, thanks to the existing demand for the clamshell. If you want to buy this phone anywhere else in the world, then you need to go over the commotion of importing it.

Yet another grouse I have with the Samsung clamshell lineup has been its astronomical price tag; for instance, the SM-W2017 was priced to the north at $2,500. We feel that Samsung will employ a similar pricing strategy for the upcoming W2018 as well. That being said, the Clamshell somehow manifests itself as a vital form factor, and perhaps OEMs should experiment by introducing well-priced clamshell phones. I was particularly excited when Motorola teased a new Razr, but it was all in vain.

TechPP is supported by our audience. We may earn affiliate commissions from buying links on this site.
Read Next
Samsung Galaxy Fold 4 Tips and Tricks: Get the Most Out of Your Phone
#samsung #Samsung W2017 #Samsung W2018