How to View All the Quotes for a Tweet

One of the most widely used Twitter features is the ability to retweet someone else’s update with a quote of your own. Whether it’s for adding a few additional lines of information the original post lacks or just for providing a different perspective and opinion on the matter. However, the main Twitter apps and the website don’t have a native tool for checking all the quotes for any particular tweet. Fortunately, the social media company quietly added an option to check all the Quote Tweets on the more advanced client – Tweetdeck. 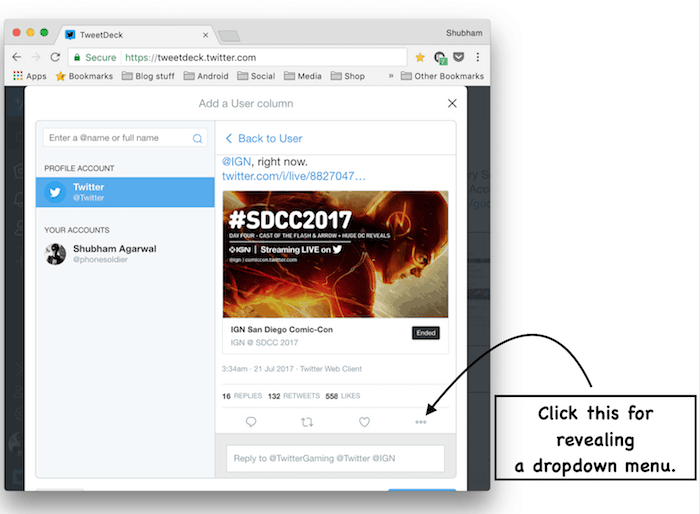 Once you’ve signed in with your Twitter credentials, load the tweet you want to view the quotes for. Tap the three dots present beside the “like” heart icon. There, you’ll find an item called “see who quoted this tweet”. Click that and Tweetdeck will create a new column that will consist a list of all the follow-up posts which attached the original tweet. The tab will be automatically pinned to the interface and will be updated whenever a new one arrives. However, if you want to remove it, tap the settings icon at the top of the column and click “remove”. That should do it. Unfortunately, Tweetdeck doesn’t have a smartphone app, hence you’ll have to make peace with the desktop website in order to utilize this feature. 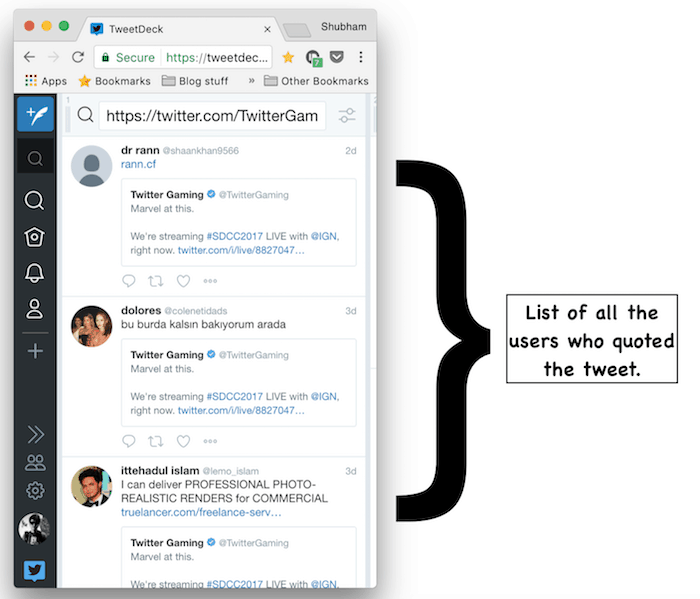 Tweetdeck, if you are not aware, is a dramatically more sophisticated and comprehensive platform for browsing Twitter. Unlike the social network’s primary website, Tweetdeck features a tabular layout for a much easier access to various sections such as notifications. In addition to that, it allows you to follow trends and accounts without having to switch between multiple browser tabs. The interface also provides you with a granular control over which elements should be displayed on the home screen. The application was rumored to become a paid service a while ago, however, as of now, it’s entirely free of cost.