Xiaomi has been gradually ascending the ladder in terms of the wearable market share since the launch of its Mi Band range. A new report from Strategy Analytics reveals that the Chinese OEM has gone on top on the basis of total shipments in Q2 2017. 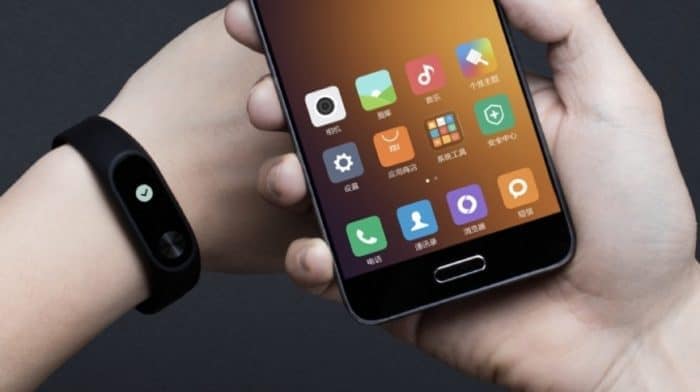 As per the report, Xiaomi shipped around 3.7 million units during the last quarter, thereby beating both Apple and Fitbit by a small margin. The shipments resulted in Xiaomi capturing a 17.1% market share in the still nascent wearable market. It’s a huge leap ahead for Xiaomi considering, the fact that the company was occupying the third spot in the first quarter of this year. 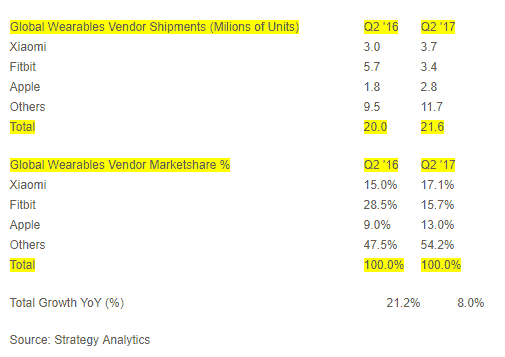 Fitbit and Apple, on the other hand, had a reasonably dry quarter with the companies placed at second and third spot respectively. Fitbit especially was the major loser in this quarter with its sales drying up. It succeeded in shipping only 3.4 million units, as compared to 5.7 million shipments during the same quarter of 2016. It’s been long since the wearable firm launched a new fitness tracker. With its new tracker due for Christmas this year, it hard to imagine the company having a prosperous third quarter too.

Despite showing a 9% year on year growth, Apple plunged to the third spot in this quarter. The Cupertino based company amassed 2.8 million Apple Watch shipments throughout the quarter. It raked in a total market share of 13%. Apple is expected to revamp its smart watch in the Q3 of this year, so expect sales to shoot up by the last quarter of this year.

Xiaomi on the other hand is rumored to be update it Mi Band 2 soon. The Chinese firm recently unveiled a new fitness tracker with inbuilt ECG monitor and heart rate sensor a month back under its Amaze Fit brand. The launch of the Mi Band 3 can be expected to make a major impact in the Xiaomi’s market share for subsequent quarters.

TechPP is supported by our audience. We may earn affiliate commissions from buying links on this site.
Read Next
With Football Manager 2023 Touch, Apple Arcade finally has its “killer ...
#apple #Fitbit #wearables #xiaomi