Samsung has launched the Galaxy Note 8 in India. The Samsung Galaxy Note 8 has a best-selling price of Rs 67,900 and will be available across multiple channels, including Samsung website, Amazon.in and the offline retailers as well. The Galaxy Note 8 is offered in Midnight Black and Maple Gold colors. 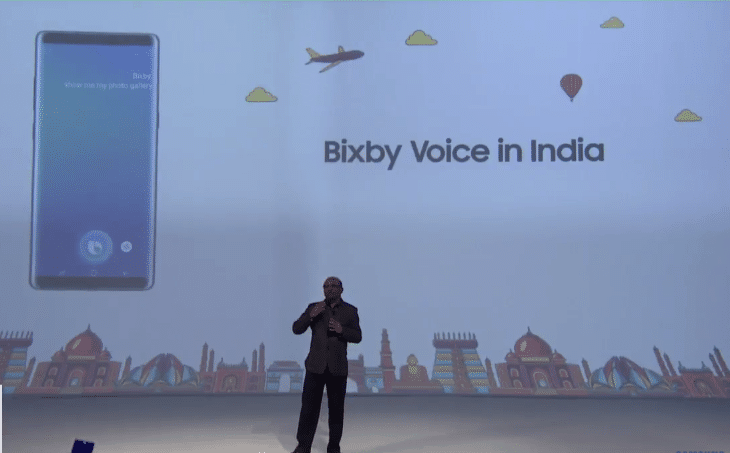 The Samsung Galaxy Note 8 sports a glass exterior with a metal unibody chassis. The main highlighting feature of the phablet, however, is its huge Infinity Super AMOLED display. It’s a 6.3-inch Quad HD (2,960 x 1,440p) panel with 18.5:9 aspect ratio. Under the hood, the Galaxy Note 8 features an Exynos 8895 Octa octa core processor with 6GB RAM. This is complemented by 64GB of internal storage. Globally, there are 128GB and 256GB storage variants, but we aren’t sure if they are being launched in India. Besides, all variants come with a MicroSD card slot.

With the Galaxy Note 8, Samsung has finally joined the dual camera bandwagon. The Note8 is apparently Samsung’s first flagship smartphone to come with dual lenses. The rear camera unit in the flagship phablet is a completely new setup. It is composed of one 12MP f/1.7 Dual Pixel wide-angle sensor along with another telephoto 12MP f/2.4 unit. Both the rear sensors are equipped with OIS. It’s quite assuring to see Samsung stick to hardware based image stabilization, and not opt for the gyroscope based EIS stabilization found the Pixel and other current day flagships. The telephoto lens on the Galaxy Note8 is capable of 2X optical and up to 10x digital zoom. There’s also an 8MP AF front camera.

Also Read: The Best Samsung Galaxy Note 8 Features You Should Know About

Needless to say, Samsung has a lot riding on the Galaxy Note 8, especially after the battery debacle that seemingly damages the Note series reputation. The Samsung Galaxy Note 8 features a 3,300mAh battery and strangely enough, the fast charging support is restricted to the good old Quick Charge 2.0. The S-Pen has also been improved and is now waterproof (IP-68). Other features of the Galaxy Note 8 includes an Iris Sensor, rear mounted Fingerprint sensor and support for Samsung’s proprietary DeX.

The Samsung Galaxy Note 8 runs on Android Nougat 7.1.1 with the TouchWiz UI on top. Along with the Note 8, Samsung has also announced Bixby Voice for India. The phone will be bundled with a free clear case, and AKG-tuned headphones. The pre-bookings are opened and Samsung is offering a free one-time screen replacement and wireless chargers as part of the introductory offer. Samsung is also offering an additional Rs 4000 cash back for HDFC credit card holders and up to 448GB of free data with Reliance Jio. There is also a Samsung Upgrade Offer for existing Galaxy note users to exchange their old devices for the new Galaxy Note 8 for additional discounts.

Was this article helpful?
YesNo
TechPP is supported by our audience. We may earn affiliate commissions from buying links on this site.
Read Next
Samsung Galaxy Fold 4 Tips and Tricks: Get the Most Out of Your Phone
#samsung #Samsung Galaxy Note 8 #Samsung India