Yesterday we had reported about an invite that hinted at the launch of the Nokia 7 or a new variant of the Nokia 8. The launch event is scheduled tomorrow in China. That being said the Nokia 9 is also making several appearances and the leaks are getting stacked up. 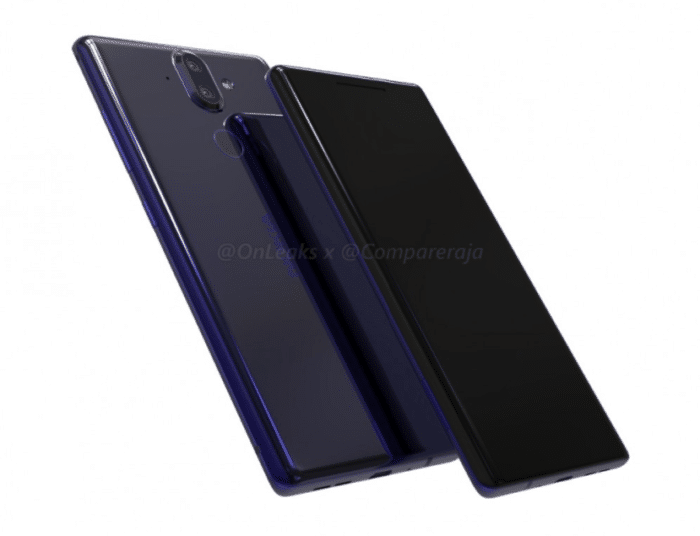 The latest Nokia 9 leak is a concept render video which is further based on the previous leaks by Onleaks. Needless to say, the video gives us a better glimpse at how the device might look as opposed to the pictures. That being said concept videos/renders are based on rumors and leak thus it is not fair to treat the same as a picture of the real phone.

The video shows off the purported Nokia 9 in full-glory. The device is expected to come fitted with an edge-to-edge near the bezel-less display. Furthermore, it seems like the display shrouds around in the corner much like what we have seen in the Galaxy Edge series. Yet another major development is that the 3.5mm seems to be missing from the device.

At the back, the Nokia 9 is seen with a dual-lens camera setup and a fingerprint sensor. That being said the rear panel leans towards a more boxy, rectangular styling and that isn’t necessarily a bad thing. In all likelihood, HMD will announce the Nokia 9 in 2018. The rumor mills have been predicting a 5.7-inch bezel-less display and Snapdragon 835 under the hood with either 4GB of RAM or with 6GB of RAM.

HMD Global is responsible for developing and marketing the new generation of Nokia smartphones that come powered by Android. The company has launched an entire lineup of Nokia devices with the Nokia 8 being the flagship offering. HMD Global also tried their hands at resurrecting an iconic feature phone and thus gave the world the recent Nokia 3310. The Nokia 7 is expected to come to India later this month.

TechPP is supported by our audience. We may earn affiliate commissions from buying links on this site.
Read Next
Nokia Power Earbuds Lite Review: Connecting through Clear Audio against Tough...
#HMD Global #nokia #Nokia 9