Fitness devices have traversed a long path of evolution ever since they were released. Today we have a plethora of options to choose from when it comes to fitness bands. Apple Watch, however, was late to the smartwatch party and yet it commands the highest market share. The implementation of fitness features and the integration with the iOS HealthKit perhaps made the Apple Watch a formidable option for the consumers. 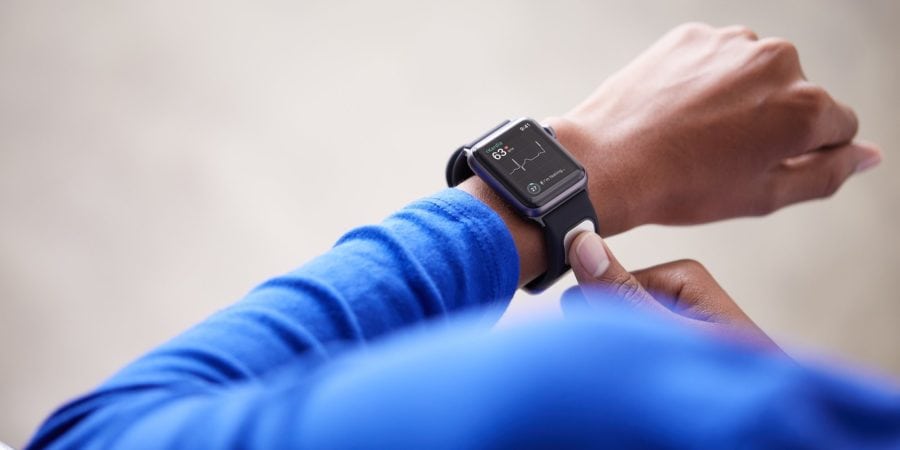 As of now, the Apple Watch does offer a built-in heart rate reader, but despite offering high accuracy, the heart rate reader is still not clinical grade and used by doctors. Most of the times Doctors prescribe an EKG (electrocardiogram test) to diagnose issues with heart.

AliveCor, a California based private medical health company is now releasing a new Apple Watch band that comes with an inbuilt EKG sensor. As per the makers, the EKG band is the first-ever medical accessory meant for a wearable that is approved by the Food and Drug Administrations. Called the KardiaBand, the accessory costs $200 and will be available on both Amazon and AliveCor’s official website. 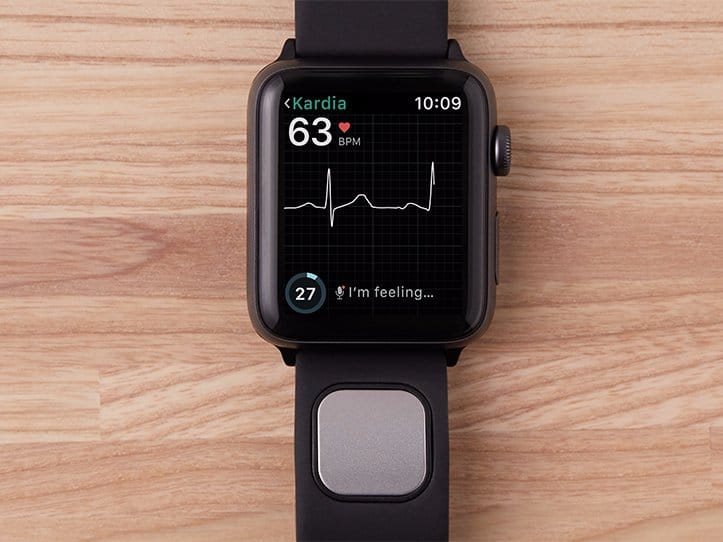 At the outset, the AliveCor seems like a perfect accessory for folks suffering from heart disorders or even ones who like to keep a closer watch on their health. In all likelihood, a band like this will warn the users of impending cardiac arrests. Moreover, other heart irregularities like irregular heartbeats, sinus tachycardia, and atrial fibrillation can also be detected.

This is what Vic Gundotra, CEO of AliveCor had to say, “We live in a world where consumers want to know every minute what’s going on [in their bodies] and for the first time they can have a medical, clinical-grade, FDA-cleared tool.” He further added that “The average consumer doesn’t know what a normal sinus rhythm looks like or what atrial fibrillation looks like. Yet the FDA has cleared our individual algorithms.”

The KariaBand EKG is designed such that it slides into any Apple Watch and comes packed with its own battery. All one needs to do is rest their fingers on the small metal contacts in the band for 30 seconds. Most importantly this report can be shown to doctors on a real-time basis. The band is paired with an app that is powered by machine learning and will notify the users whenever their heart rate is unusual.

That being said, the premium service will cost $9.99/month and the monthly report will automatically be mailed to the doctors. It is good to see wearables finally entering the clinical grade phase and helping patients to monitor their health actively.

How to Walkie-Talkie on Apple Watch: Complete Setup Guide
Read Next
Source: BI