Apple’s latest iOS 11 has had its own share of hits and miss, more of a miss to be precise. The iOS 11 was riddled with bugs and caused a lot of issue for the early adopters. In fact, I decided to stick to iOS 10.3 until recently. Apple has now released the 11.2 which is the second major update available for iPhone, iPad and the iPod Touch. The iOS 11.2 addresses small bugs and also adds a feature wherein Apple Pay (supported in select regions) will allow you to transfer funds to friends and family. 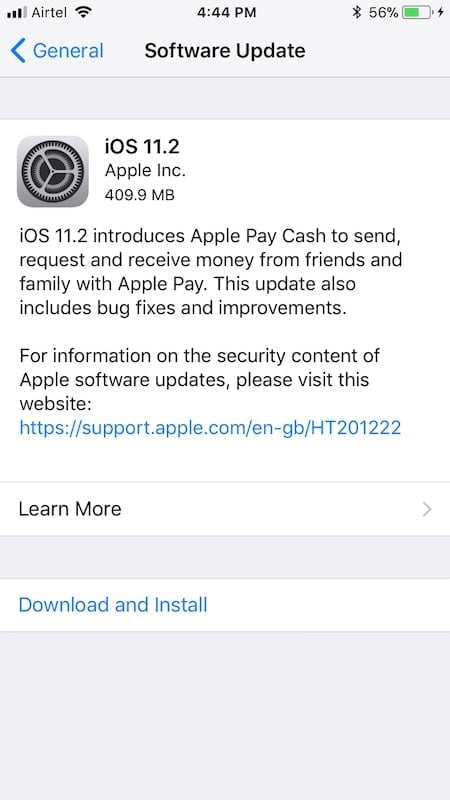 In order to get the update head over to Settings>General>Software Update. The size of the update is pretty moderate at around 459MB and the whole update procedure shouldn’t take more than 5-10 minutes. All the devices from iPhone 5s and up, iPad mini 2, iPad Air and later are eligible for the update.

As we told earlier the new feature is called the Apple Pay Cash and this will allow users to send cash by linking a debit card or a credit card. The incoming cash is stored in Apple Pay Cash card in the wallet and this can be used at any Apple Pay POS or can also be transferred back to bank. That apart the update is offering fast 7.5W charging for the iPhone 8, iPhone 8 Plus and the iPhone X via compatible chargers. The 7.5W wireless chargers are expected to charge the devices faster than the 5W iPhone power adapters. 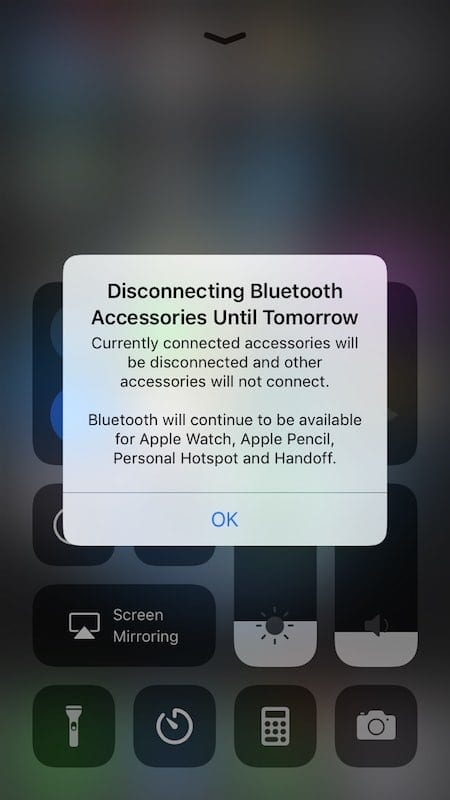 The iOS 11.2 brings some UI changes for the iPhone X. For instance, now there is a small bar underneath the status bar icons which is located at the upper right of the Lock Screen. This new design element is aimed at making the Control Center easily accessible. That apart the Control Center also adds new informational pop-ups, one that explains that WiFi and Bluetooth are temporarily disabled when toggled from the Control Center. Other additions include redesigned camera emojis, new animation for Live Photos and Live Wallpapers for iPhone X. Thankfully the update also addresses the date bug that recently caused iOS 11.1.2 to crash after December 2.

Was this article helpful?
YesNo
TechPP is supported by our audience. We may earn affiliate commissions from buying links on this site.
Read Next
Alert! You’re Hiding Sensitive Information From Your Images on iPhone W...
#apple #ios #iOS 11.2