Mobile Photography: Lens Flare can be Good too!

You need not glare at the glare...not always

Photography is basically all about light. Those are not my words but those of a number of master photographers. Which is perhaps why so much attention is paid to the performance of cameras – especially phone cameras these days – in different light conditions, especially in low light and very bright light conditions. And one of the biggest challenges that a number of camera lenses have in these conditions is handling glare, which comes from very bright sources of light (such as a lamp, the afternoon sun). This often leads to what people call “lens flare”, which Wikipedia defines as “a phenomenon wherein light is scattered or flared in a lens system, often in response to a bright light, producing an undesirable effect on the image”.

Simple Inglese? You get an image with washed out color because of too much light or the light seems to cover too much of the image, blurring out everything else in what seems like an explosion of light. A lot of people use a lens hood on cameras to dodge lens flare. And as per most photographers, lens flare is something that one should try to avoid, as it interferes with the image quality, blurring it. So much so that “does not handle glare well” is a minus point or a con that is listed in many phone camera reviews.

Well, it is not always a con.
For, this photographic thorn can have its rose.

As I discovered today, lens flare can actually give almost a different look to your photograph. I was out taking pictures on the street with the iPhone X (yes, the review is coming up shortly) when I saw this gentleman sitting on the sidewalk with his bag, the traffic moving behind him. It was a striking image, but the problem was that it was close to noon and the sun was directly overhead, which meant: lens flare. That kind of sunlight could mess up the shot. I tried a bit of the 2x optical zoom but ended up losing a lot of the traffic behind him. 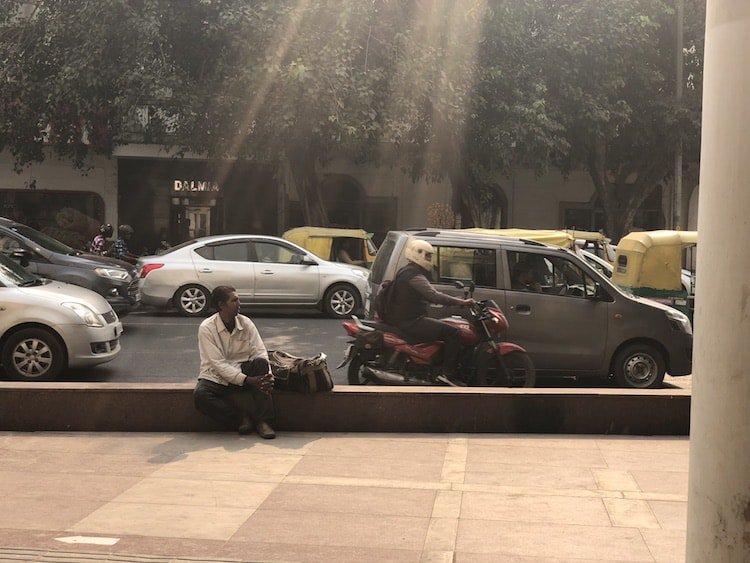 So, I decided to risk the flare and go for a snap from a distance. And was astonished. Yes, there was a bit of lens flare, with the sunlight mucking up the upper portion in the middle of the shot. But far from ruining the shot, it actually improved it. The person seemed to be sitting with sun rays (actually the flare) shining down on him.

A bit of editing, mainly blurring the background with Snapseed and killing the color using Aviary (yes, we have a tutorial on that too coming up) and we had a snap that somehow captured it all. And it would not have been possible without that con – of being unable to handle glare. 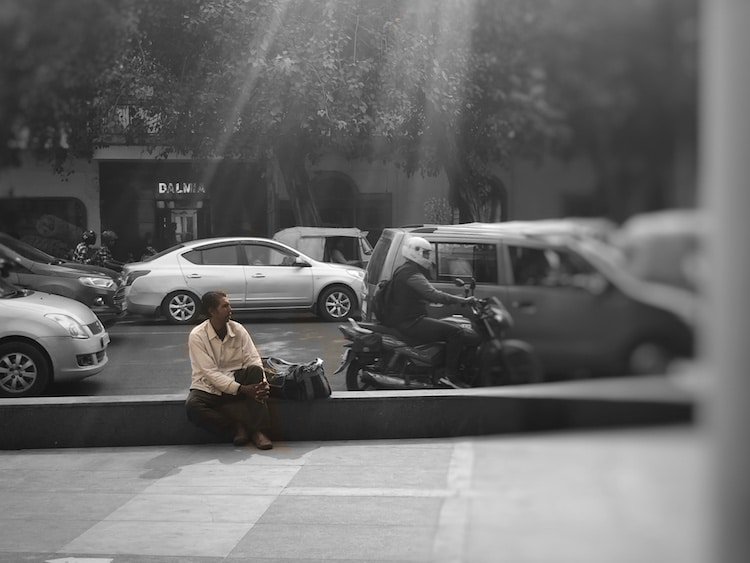 No, this won’t always work. Lens flare is by and large an irritant, but perhaps – perhaps – we need to be more patient with it. And try to even do more with it.

Photography is after all, basically all about light.

Marc Levoy, the Man Behind Pixel's Computational Photography…
The Massive Lesson that the 2021 iPhone Photography Awards…
"Too expensive!": Does Xiaomi have an image problem in…
Nothing Ear (1) Review: Quite an Eyeful and an Earful too!
[Review] Anker PowerCore Speed 20000 PD: Pricey, but…
ANC is cool, but Transparency Mode on AirPods Pro is super…