When Apple launched the iPhone X, Samsung tried to mock the brand in the Samsung Galaxy’s “Growing Up” ad, showing the struggles of a lifelong iPhone fan and how he ultimately “upgrades” to a Galaxy Note 8. While we did not think the ad fulfilled its purpose as it gave too much attention to its competition, i.e., Apple way too much, there is no denying that it did catch attention, thanks to some clever touches, like the guy in a queue with the iPhone X-notch-like haircut. While Apple has not reacted to the Samsung ad, someone else has. Motorola has now launched a new Moto Z2 Play ad, and it seems like it is trying to beat Samsung at its own game.

The ad itself: An Up-graded ad?

Titled, “Up-upgrade”, the ad spans 36 seconds. The ad begins with a guy (who looks a lot like the guy in the Samsung Galaxy “Growing Up” ad) walking away with a smirk – hey, remember he had finally grown up from an iPhone to a Galaxy Note 8! He then opens the door of his house, sits on the couch and takes his new phone (which seems like a Galaxy Note 8), and starts watching a video of him and his wife on it. His wife walks in, and he shows the phone to her happily, pretty much indicating how happy he is after switching phones. The wife, however, has a surprise up her sleeve.

She smiles at him, and takes out the Moto Z2 Play out of its bright red box, slaps a projector mod on and plays the same video on the wall with the projector on the Z2 Play, leaving the guy with a dropped jaw! 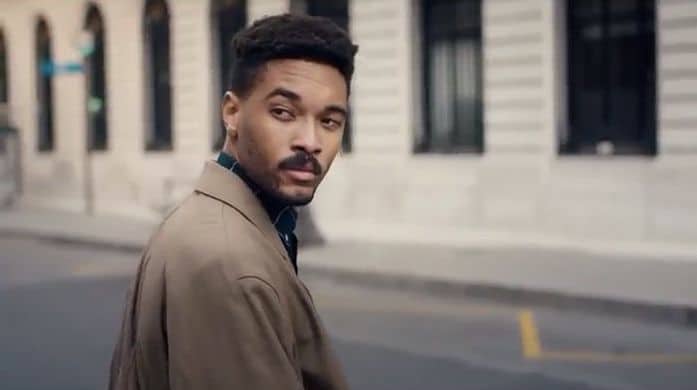 The ad ends with a tagline saying, “Up-upgrade to Motorola”, followed by a Moto Z2 Play visual with the projector mode and the Motorola logo. The ad also features Andy Powell’s The best you have had featuring Emily Taylor as the background music. Production values are excellent, and we particularly like the way in which the ad seems to pick up where the Samsung ad left off.

What we think: Apply cold water on burnt areas, Samsung

The thing about competitive advertising is that there generally is a fine line between trying to show how your product is better than the competition (which we think should be the way to go about it) and just putting the competition down, which we think tends to be a bit of a waste of time, as you give time and space to a competitor. Now unlike Samsung which made a full-fledged ad on iPhone and virtually handed the spotlight to the brand by going with the latter approach, Motorola has gone with the first and has played it smart. 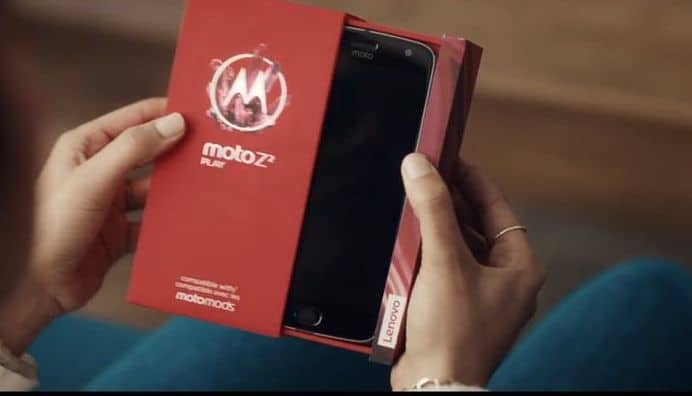 We agree that the Moto Z2 Play as a device does not really fall in the same category as that of the iPhone X and the Samsung Galaxy Note 8 in terms of price or performance but that does not really stop the brand from pulling the legs of those biggies, and it does so beautifully.

In the ad, Motorola pretty subtly took a dig at both Apple and Samsung without really giving the two brands any major importance or space. Even in the small clip where the ad establishes that our protagonist has bought the Samsung Galaxy Note 8, the brand or the smartphone is not mentioned -there is no name; there is no logo. Just a lot of resemblance, which is all that was needed.

From the moment the ad begins, we instantly were reminded of the Samsung Galaxy ad. The Moto ad picks up from where Samsung had left. It has a Samsung model lookalike in the ad, and without any solid copy, it is just resemblance that has done the job well.

The ad is short but is not really simple – the people who have not seen the Samsung ad might not be able to relate to it, which we think is the only negative here. Just like the Samsung ad depended on the iPhones to make the Samsung Galaxy smartphones look good, the Moto ad really depends on the Samsung ad in order make sense. 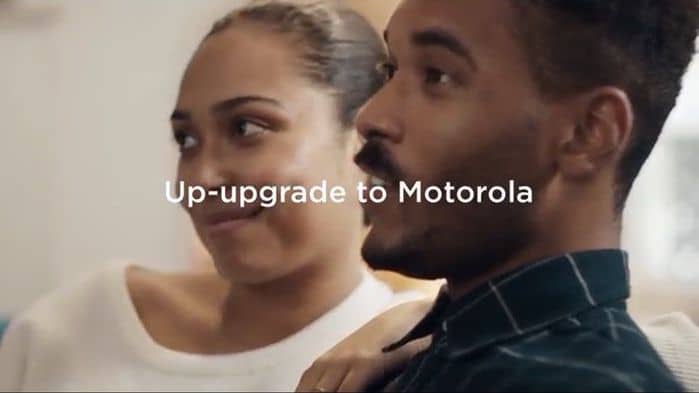 That apart, we enjoyed this ad more than we enjoyed the Samsung ad. Why? For the simple reason that the Moto ad actually sells Moto Z2 Play and its kept functionality – the mods – instead of just bashing the competition. It highlights the product that it wants to sell, unlike the Samsung ad where the spotlight majorly remained on Apple. There will be some who will think that perhaps Moto could have used other mods (they have speakers, battery, and a camera mod, among others) in the ad, but that would have lengthened the ad. Also, the projector mod is perhaps the most innovative and high end of the mods Moto has, enabling a phone that costs less than half of what the iPhone X and Note 8 does, to do things that neither of those can. The sheer simplicity of just slapping a mod on to a phone and getting something as complicated as a projector right on the back of your smartphone is also highlighted, which in our opinion, is a win for Moto.

Verdict: Taking a bite out of Apple and Samsung

After we watched the Samsung Galaxy ad, we took away a lot of information about the iPhones, which we think did not serve the purpose of the ad for Samsung as we think its own Galaxy devices got less or as much time as the competition. But in the Moto ad, we took away information about a Moto smartphone that could turn into a projector instantly by just slapping a Moto Mod on the back of the smartphone. Yes, the ad did make fun of Samsung (and by proxy of Apple), but it did not give them the spotlight, a mistake our dear old Samsung did, we think.

Moto gave us a clever, humorous and informative ad that not only established that it was better than the competition but also highlighted its own product and its killer feature. It looks like someone has beaten Samsung in its own game.

Was this article helpful?
YesNo
TechPP is supported by our audience. We may earn affiliate commissions from buying links on this site.
Read Next
Alert! You’re Hiding Sensitive Information From Your Images on iPhone W...
#apple #Moto #Moto Z2 Play #samsung #Tech Ad-ons