Amazon is continuing its quest to put Alexa into every corner of your digital life as the company today announces that the voice assistant will be soon available on Windows 10 computers, the home turf of Microsoft’s Cortana. Amazon has partnered with a bunch of major desktop makers including HP, Lenovo, Asus, and Acer, all of which plan to integrate Alexa into their next range of Windows 10 computers this year. 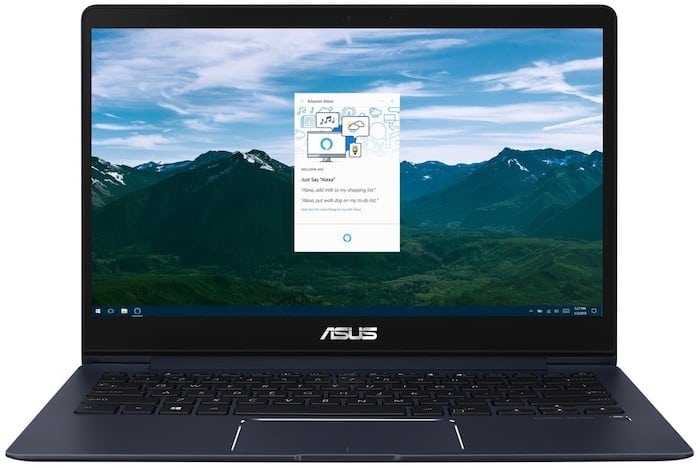 Unlike Microsoft Cortana, however, Amazon Alexa will live as a standalone third-party application for obvious reasons. The app will be available this Spring. A few PC makers have also stated that they’ll be enabling far-field voice recognition as well for invoking Alexa hands-free. In addition to that, you can also employ a keyboard shortcut for triggering it. HP has already launched the Pavillion Wave PC which packs support for talking to Alexa. Moreover, Acer and Asus have also said their latest notebooks will be compatible with Alexa.

The app itself resembles Alexa’s smartphone counterparts and includes all the usual trappings such as weather updates, smart home control and more. Incidentally, Microsoft and Amazon, a few months ago, announced a mutual partnership which promised to allow both voice assistants to integrate and talk to each other. However, the official release was planned by the end of 2017 which as you can guess, has been missed.

Bundling Alexa out-of-the-box on these Windows 10 computers will further allow Amazon to extend the voice assistant’s presence to thousands of more devices. The e-commerce juggernaut recently has introduced a new developer kit which will allow manufacturers to effortlessly integrate Alexa in their Bluetooth-powered accessories such as headphones.

Microsoft has remained rather inactive when compared to Amazon and Google in this race and the arrival of Alexa won’t make situations any better. Another detail worth noting is that Google is the only one now whose Assistant is still not available on mainstream desktops except for its own Pixelbook. With these rapid advancements, Amazon is consistently boosting its lead in the industry. The company has already established a strong position in the smart home market with a series of Echo launches and hundreds of hardware partners.