Samsung is bringing yet another budget Galaxy smartphone to India. This time, it’s the recently leaked Galaxy On7 Prime. The Korean smartphone maker has listed the forthcoming handset on Amazon, detailing its specifications. The Galaxy On7 Next is expected to be launched in this week, possibly on Wednesday where the company is also planning to unveil the high-end Galaxy A8+. 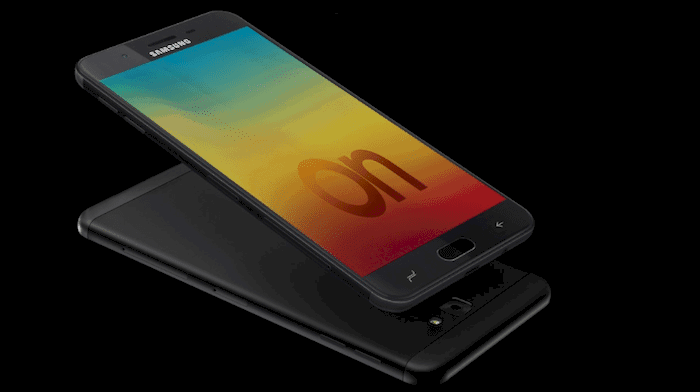 As per the Amazon listing, the Samsung Galaxy On7 Prime will feature a 5.5-inch Full HD display with a regular 16:9 aspect ratio. It’s powered by an Exynos octa-core processor clocked at 1.6Ghz. The camera arrangement includes a 13-megapixel f/1.9 sensor on both the front and rear. There’s also a single LED flash on the back.

The Galaxy On7 Prime will be available in two variants — one with 3GB RAM, 32GB internal storage and another with 4GB RAM and 64GB of memory. The phone also supports SD card for expanding the storage up to 256GB. It has the usual Samsung metal design with a hardware home button below the screen which houses a fingerprint sensor as well and capacitive navigation buttons on either side. The listing reveals two color options — Black and Gold.

Moreover, the smartphone was put on a UAE site as well which says that it will have a 3300mAh battery, dual-SIM compatibility, and a dedicated slot for a MicroSD card. Pricing and availability details have not been revealed yet as the Amazon India listing only has a “Notify Me” button if you’d like to receive a notification as soon as it becomes available for purchase. Samsung is also expected to launch the Galaxy A8+ smartphone to India at an event in New Delhi tomorrow.

Was this article helpful?
YesNo
TechPP is supported by our audience. We may earn affiliate commissions from buying links on this site.
Read Next
12 Best Audible Alternatives: Top Free or Cheap Audiobook Apps [2022]
#Amazon #Galaxy On7 Prime #india #samsung