Technology is a strange place, darlings. A few years ago, when OnePlus tried to slip into the Moto G mid-segment zone, with its OnePlus X, it received what was really a lukewarm response. And this even though, sweeties, it was coming with stuff that everyone now seems to be crazy about – glass and ceramic backs (why people love to keep cleaning their phones I will never know, but whatever, darlings). And after that, the company has very steadfastly insisted that it will stick to its path of affordable flagships – such a good path too, no? 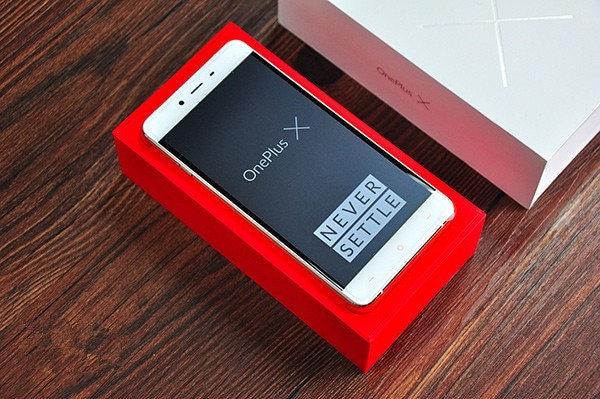 But well, they say what goes around, comes around, and now darlings, we are hearing rumors that a new avatar of the OnePlus X might be coming. No, dearies, I do not know if they will call it the OnePlus X2 or something else – I so hope they do, because one more X in the mix after the Moto X4 and the iPhone X would lead to the folks in office literally creating an X-Files folder for devices with such names.

Back to the rumor bazaar, a nice gentleman told me that OnePlus might actually be considering bringing back a mid-segment phone – something priced around Rs 15,000-17,000. And evidently, this will be coming after the OnePlus 6 does, and mainly to cash in on the festival season in the brand’s most successful market – India! Another person feels that it might come actually earlier than that as according to him (he is such a cynic, this one) OnePlus is actually stuck with a number of Snapdragon 835 processors which it wants to use – I do not know how much to believe of that, darlings, considering how well the OnePlus 5T is supposed to be doing (the red one is so… red that the future literally seems rosy for it), but then rumours are rumours, and to be fair, those sweethearts at OnePlus do not exactly hand out sales figures, so the door is open for speculation, good and bad.

On the subject of speculation, the new OnePlus X is expected to come with the Snapdragon 835 processor, 4 GB RAM and two storage variants of 32 GB and 64 GB. The interesting part is that it will come with the same 5.5-inch AMOLED display with 16:9 aspect ratio as the OnePlus 5 (again, leftover stock as per one of our sources), a 3000 mAh battery with Dash Charge, and it will have similar dual cameras on the back, with one sensor dedicated to optical zoom. So you might wonder (I certainly did, not knowing as much tech as some sweethearts here), is this not just a lower priced OnePlus 5? Well, darlings, evidently the difference will be in design, where we are being told there will be glass and sandstone variants (no sign of a red variant though – such heartbreak for this old woman). And yes, it will have Face Unlock – the front camera will be a 16.0-megapixel one. There is a rumor that the display might be a smaller, 5.2-inch affair and the fact that the front camera might actually be an 8.0-megapixel one. But most people seem to be thinking more along the lines of a differently designed OnePlus 5.

Of course, if this is true, then by the time the device comes out, it will have to cope with a new Moto G (it looked so good in the leaks, darlings), a Redmi Note 5 and many other devices. Why would OnePlus want to go there, especially when you remember what happened last time around? Well, darlings, that may be true but then they keep saying they never settle, so maybe that applies here also. Speaking for myself, I would not mind a device with that sort of configuration for about Rs 17,000 (USD 250 around). But then, sweets, I liked the OnePlus X. Will it be second time lucky for OnePlus in the mid-range-segment? We will keep you informed, darlings.

Was this article helpful?
YesNo
TechPP is supported by our audience. We may earn affiliate commissions from buying links on this site.
Read Next
OnePlus Nord Watch vs Amazfit GTS 2 Mini New Version: Which One Should You Buy?
#oneplus #OnePlus X #OnePlus X2 #rumors #Tech Auntyji