A new and updated MacBook Air has been long pending and the last couple of WWDCs went by without Apple commenting on the MacBook Air. In fact, some of the reports mentioned that Apple is considering scrapping the MacBook Air lineup altogether. A recent report by KGI Securities, a firm who has a decent hit rate when it comes to predicting Apple Stuff, has reported that Apple is expected to launch an entry-level MacBook Air during the second quarter of the year. 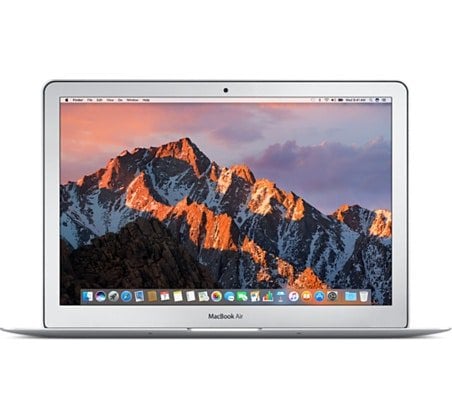 A fresh report from Digitimes now specifies that Apple is planning to launch a new 13.3-inch “entry-level MacBook” in the second quarter of this year. Please note that Digitimes is calling it a MacBook, and thus it still leaves a cloud of doubt on whether the new MacBook belongs to the Air lineup or the MacBook lineup. However, the report reiterates that the MacBook will be entry-level in nature and is also expected to come in a 12-inch variant. Putting this together, we might be looking at a refreshed MacBook Air lineup.

Having said that, Apple may end up marketing the new machine as part of a different lineup altogether. The new Apple Notebook will still be priced starting at $999 and will come equipped with a retina display. The report further states that Apple is targeting to ship a total of six million units by the end of the year.

“The 13.3-inch a-Si panels for the new notebook feature the same resolution as Apple’s 13.3-inch MacBook Pro at 2,560 by 1,600. LG Display will begin supplying the panel in April with the new MacBook scheduled to enter mass production at the end of May or the beginning of June”

A quick primer, the first MacBook Air was launched in 2010 and the latest major refresh was way back in 2015. At the time of launch, the Air was the thinnest and the lightest notebook in the MacBook lineup. The old MacBook Air is still doing pretty well, considering it is the most affordable option for those who need to jump on the Apple bandwagon. The current MacBook Air is the only notebook that doesn’t come with a retina display. That apart, the report from DigiTimes also mentions that Apple will be launching updated entry-level iPad this year.

Was this article helpful?
YesNo
TechPP is supported by our audience. We may earn affiliate commissions from buying links on this site.
Read Next
Alert! You’re Hiding Sensitive Information From Your Images on iPhone W...
#apple #macbook air #new macbook air