I wouldn’t call Vivo’s new V9 an iPhone X clone. Sure, it has a notch and two vertically aligned camera sensors on the rear and navigation gestures. But I feel we’re way past the point where we can dismiss such phones as mere duplicates. At the end of the day, the iPhone X is just an idea and not even an original one at that. The Vivo V9 is a thing of its own with a range of compelling features you normally wouldn’t find on other handsets, and hey, it does have a headphone jack. Here are our initial thoughts on it.

A 6.3-inch Screen That Doesn’t Require a Gymnastics Lesson

The Vivo V9, first and foremost, is all about that screen. That humongous 6.3-inch Full HD+ screen that never ceases to amaze me every time I unlock it. Apart from a narrow chin and of course, that notch, the V9’s display is nearly edge-to-edge. Although I personally would have preferred an OLED panel.

That notch also holds one of the key features of the Vivo V9, the 24-megapixel selfie camera. It captures more details than you would ever need and also, comes with a slew of features that let you do all sorts of stuff like applying artificial makeup or just put on dog ears. To know how well they work, we’ll need a few more days but based on a couple of snaps, I’m optimistic. 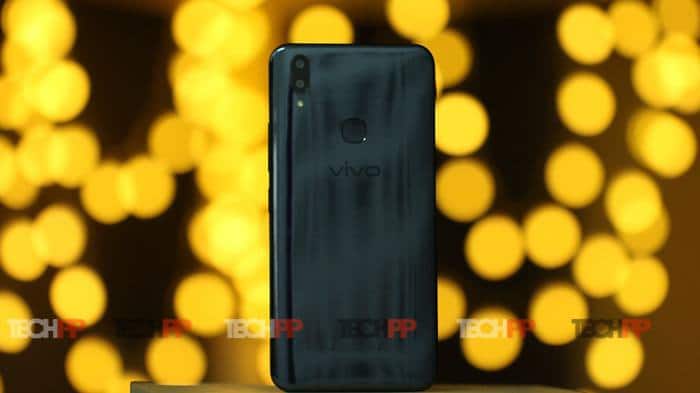 In spite of that tall screen, the V9 is a surprisingly handy phone. One of the key factors behind that is a curved rear which allows it to sit in your hand comfortably. Speaking of the rear, the V9 is made out of plastic, but the back is coated with a shiny sheen which does look quite appealing and more importantly, stands out among the competition. Unfortunately, there are downsides to that as well.

The V9’s rear, in our brief testing, got exceedingly greasy and swamped with fingerprints. Thankfully, Vivo bundles a complimentary protective case and a screen guard in the box. The other design decision I feel Vivo should have given a second thought is the MicroUSB port. I mean, come on, it’s 2018, and this is not an entry-level phone, stop being so stubborn.

Beside the MicroUSB port, you’ll find the speaker grill and a standard headphone jack. The fingerprint sensor is situated beneath the rear camera setup. That being said, you can even unlock the V9 with your face, and fortunately, we couldn’t fool it with just a photograph. The V9 also has a dedicated Micro SD card slot and is compatible with two SIM cards.

Under the hood, there’s a Snapdragon 626 octa-core processor, 4GB of RAM, 64GB of internal storage, and a 3260 mAh battery. One of the more surprising elements of the Vivo V9 is the fact that it comes preloaded with Android 8.1. Although you probably won’t realize that since Vivo has layered it with a thick iOS-esque skin of its own. The software is laden with features, some of which are nifty and the rest, superfluous. 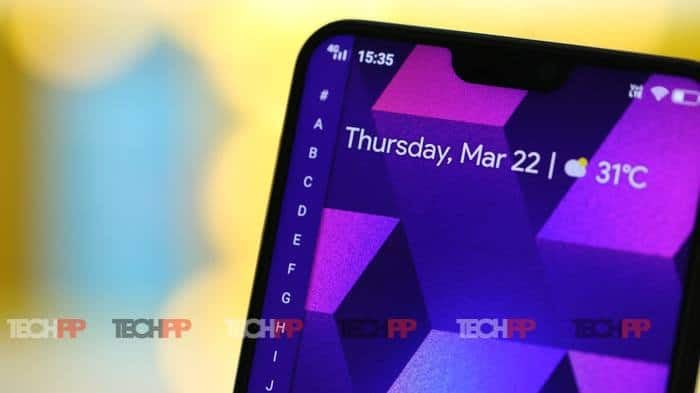 Vivo has also included navigation gestures which let you completely ditch the onscreen buttons and navigate around the software through just a bunch of gestures. The software itself feels really responsive, but yeah, we’ll have to test it a bit more to know how does it fare in long-term use. One critical letdown of the V9’s software is that Vivo has not made any arrangements to accommodate that outlandish 19:9 aspect ratio. Therefore, every third-party app you use or video you watch will have black or white bars on the top and bottom.

On the rear, there are two camera sensors — one regular 16-megapixel and another 5-megapixel for enabling live depth of field effects. A few early shots we took, especially selfies, did turn out quite above average, we will have more on this in our review later. 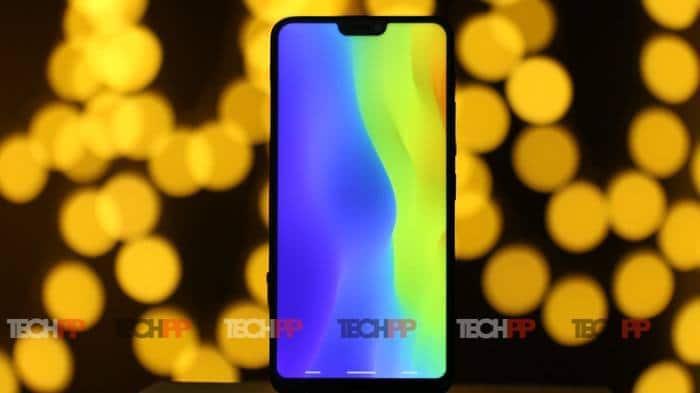 At Rs 22,290, the Vivo V9 looks like a formidable package despite its dated processor but with its top-notch (pun totally intended) screen, unique, design, and more. It all comes down to how well features like the camera, battery and other myriad software utilities perform as we put through its paces throughout next few days. Hence, stay tuned for our review.

Was this article helpful?
YesNo
TechPP is supported by our audience. We may earn affiliate commissions from buying links on this site.
Read Next
[Face Off] Vivo T1 vs Redmi Note 11
#First Cut #Vivo #vivo v9