In a surprising turn of events, OnePlus, through an exclusive interview with The Verge, has revealed that its next flagship phone will feature a notch-equipped display. OnePlus’ primary motivation to opt for that particular design was to essentially offer users more screen real estate. The company justifies that by explaining that it can shove all the notifications and other minute details on either side of the notch and the user, as a result, has the rest of the screen for other purposes. 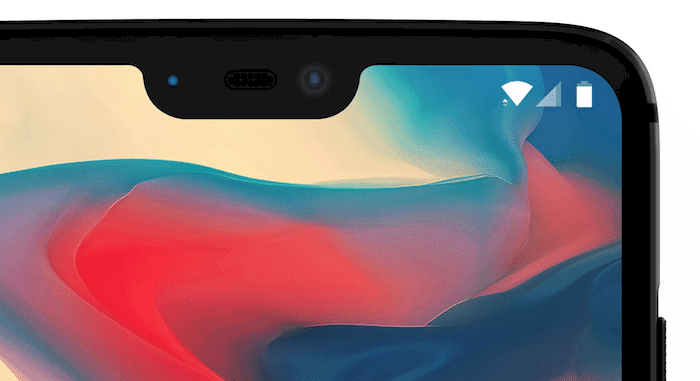 Like every other phone maker going that route as of late, the company will be fitting a much narrower notch as the phone won’t have any dedicated sensors for facial recognition. Precisely, it will measure 19.616mm x 7.687mm. “Our notch, it will be there, it’ll be bigger than the Essential Phone, smaller than the iPhone.”, added Carl Pei, OnePlus’ co-founder further. In addition to that, OnePlus says it has been analyzing the top thousand Play Store apps to evaluate which one of them will require a compatibility mode for being coherent with the notch design.

Another critical pain point OnePlus will be fixing through software is video playback. The phone’s software, as per Carl, will automatically hide the notch “in a way that recreates the overall screen curvature” whenever you watch a video or view any pictures. It will, of course, also come with navigation gestures which the company has already introduced through a beta update for the OnePlus 5T.

Unlike the iPhone X, however, OnePlus’ next flagship will have a tiny chin. That’s primarily because moving the components which are usually housed in that chin to the rear would have caused the phone to become thicker and expensive. To make the iPhone X entirely edge-to-edge, Apple employed a “flexible OLED screen that curves internally and thus pushes the ribbon connection toward the back“. That’s perhaps one of the more significant factors behind the phone’s $1000 price tag.

The one thing Carl didn’t confirm is the name. While most of us are anticipating it be titled the “OnePlus 6”, there’s a good chance OnePlus might come up with something different. Although I hope it’s not the OnePlus X. Specifications are hidden as well apart from the fact that it will have a screen-to-body ratio of 90 percent and a design which doesn’t resemble the recently launched Oppo R15.

Earlier today, Evan Blass shared an image as well of the forthcoming OnePlus phone. The leak reveals a slightly refreshed exterior with what looks like either brushed aluminum or a wood-like rear. In addition to that, it confirms that the phone will have a headphone jack, two vertically aligned camera sensors on the back, and a fingerprint sensor beneath that.

Was this article helpful?
YesNo
TechPP is supported by our audience. We may earn affiliate commissions from buying links on this site.
Read Next
OnePlus Nord Watch vs Amazfit GTS 2 Mini New Version: Which One Should You Buy?
#oneplus #OnePlus 6