As leaked a few days ago, Google has today announced a bunch of Android features which will help you fight off smartphone addiction at its annual developer conference, I/O. Part of the company’s efforts towards promoting digital wellbeing, Android will soon have a feature called “Dashboard” which will essentially summarize all your activities like screen time, individual app usage, and more. 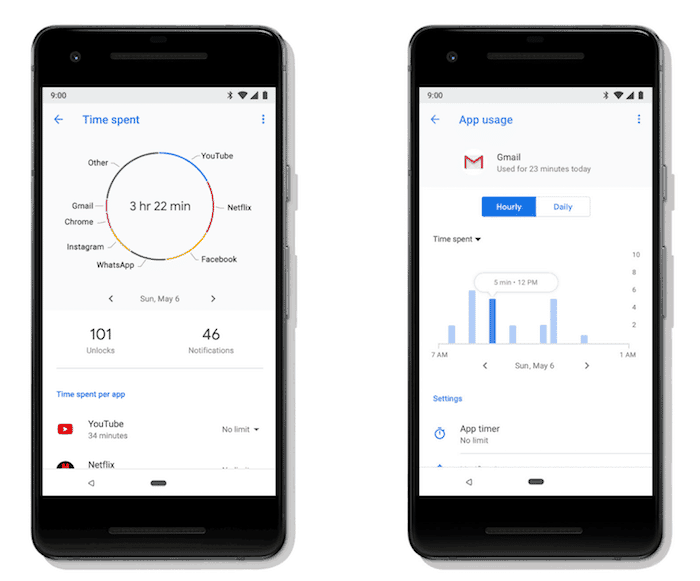 In addition to that, Google will be also updating a bunch of its apps like YouTube to integrate with the Android Dashboard. For instance, if you have been watching videos on YouTube for more than a few hours, the app will throw a notification suggesting you take a break. There’s also something known as “Notification Digest” which will accumulate all the notifications from an app like YouTube and send you at a later period to balance your phone time.

These features will be based on your own habits which Android will record and analyze over the course of a period. Through Android Dashboard, you’ll be also able to configure custom timers for applications and monitor your past usage for all the installed applications. Google began adding features similar to these a few months ago starting with Family Link where parents can limit how much time their kids spend on their phones.

Was this article helpful?
YesNo
TechPP is supported by our audience. We may earn affiliate commissions from buying links on this site.
Read Next
How to Check and Recover Clipboard History on Android
#android #Google I/O 2018