Lenovo-owned Motorola’s Z Play lineup has today been refreshed with the much-needed 2018 makeover. That essentially means the new Moto Z3 Play has a tall 18:9 screen, and two camera sensors on the rear. It features a glass body just like its predecessor and the only design change, apart from the narrower bezels, is the fact that the fingerprint sensor has been relocated to the side. Unlike what you’d expect, though, it’s not embedded under the power key which itself has been shifted to the right. 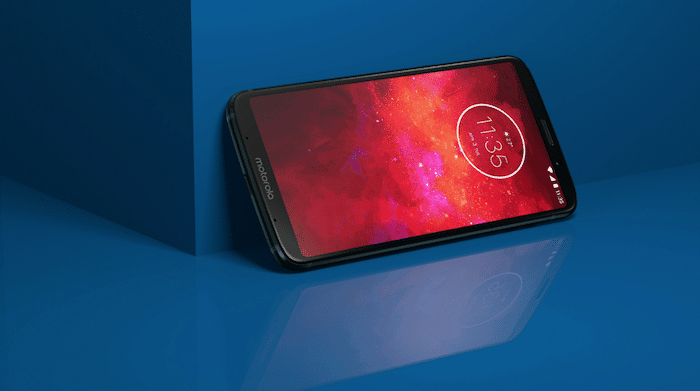 Apart from that, the Z3 Play is your usual mid-range smartphone. There’s a 6.01-inch Full HD+ OLED screen with an aspect ratio of 18:9 and the phone is powered by Qualcomm’s Snapdragon 636 chipset. The battery capacity hasn’t been altered as it’s still a 3000mAh pack. Of course, the biggest highlight of Motorola’s higher-end phones is that they’re compatible with the company’s modular accessories and the Z3 Play is no different. Like before, you can stick what Motorola calls Moto Mods to its rear and have, for instance, more battery or a telephoto lens. Moreover, it lacks a standard headphone jack and comes with USB Type-C port on the bottom. 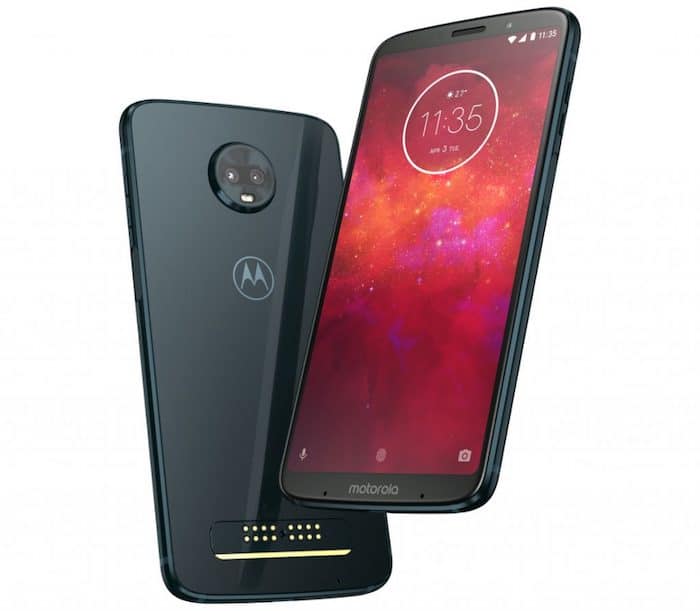 Speaking of which, there are now two camera sensors on the back of the Z3 Play — one primary 12-megapixel and another 5-megapixel snapper for depth-sensing and enabling bokeh effects. On the front, you’ll find an 8-megapixel selfie camera too. There’s also a new cinemagraphs feature which lets you freeze objects in a video. For instance, in a clip featuring a tree, you can freeze the leaves while the shadow continues to sway. It’s a fun, little party trick which can easily light up your social profiles. The camera app also supports Google’s image recognition tool, Google Lens.

There’s 4GB of RAM with 64GB of internal storage that is expandable through a MicroSD card. A 6GB RAM and 128GB storage variant will be sold as well in a few regions. The Moto Z3 Play ships with Android 8.1 with minimal bloatware on top. It’s priced at $499 unlocked in the United States and Motorola is also throwing in a battery mod for free in the box.