The upper mid-range/budget flagship smartphone market in India doesn’t have a lot of competition other than the likes of OnePlus and Honor dominating this segment, along with Nokia’s latest entrant, the 7 Plus. However, Vivo has now joined the party with its all-new X21 with reliable internals and a one of its kind under screen fingerprint scanner.

As soon as we open the packaging, we are greeted with a card indicating the X21 being the official smartphone of the 2018 FIFA World Cup. Taking the device out of the box, the first thing we noticed is that the device feels pretty light in the hand when compared to other phones with a glass back, like the OnePlus 6. Not sure if this is something that Vivo has going for it, or if the device just lacks an assuring feel in the hand. The front of the device is all screen with the front facing 12MP shooter, earpiece and sensors tucked into a notch at the top center. The display itself is a 19:9 AMOLED panel with a Full HD+ resolution. There’s also a pre-applied screen protector which is a nice touch. 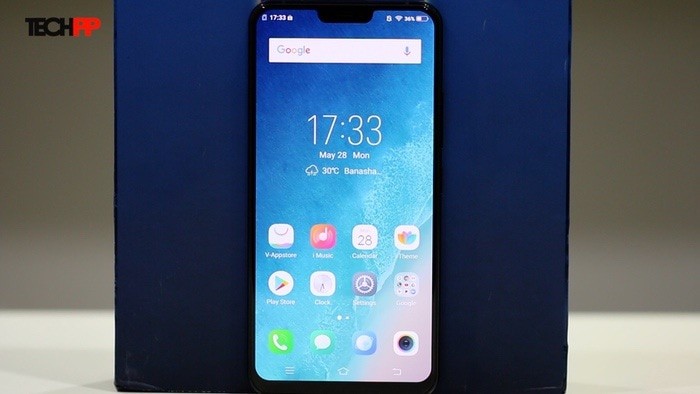 The back of the device is also made up of glass but weirdly, has a plastic feel to it. It doesn’t feel all that dense and is quite slippery, but it has a few things going for it, like the curved edges so that it fits easily into the hand, and also lesser visible smudges compared to other glass backs, which is a great thing. There’s also an included case in the box to help with better gripping of the device. The dual 12+5MP vertical camera setup with an aperture of f/1.8 and f/2.4 respectively along with a single LED flash can be found at the top left corner. The X21 has dual pixel sensors which means it has a larger photographic area for each pixel, due to which users get better picture quality in comparison to the phones with similar cameras without dual pixel sensors.

Coming to the placements, Vivo has made an interesting choice of pushing the hybrid SIM tray to the bottom whilst moving the 3.5mm audio jack to the top, where we also find the secondary mic for noise cancellation. The bottom also houses the Micro USB port (Micro USB on a sub-40k phone, come on Vivo!), the primary microphone and the loudspeaker grille. The power button and volume rockers can be found to the right of the device while the left is completely clean.

The Vivo X21 is powered by Qualcomm’s premium mid-range SoC, the Snapdragon 660, coupled with 6GB of RAM and 128GB internal storage. The SD 660 is a solid performer and should get through anything thrown at it with ease as we have seen on the Nokia 7 Plus. A 3200mAh battery runs the show with support for Quick Charge 3.0 with the supplied charger. The phone runs on Android 8.1 Oreo with Vivo’s FunTouch overlay on top. One thing to note here is that we couldn’t get the Pinch to zoom gesture to work on the YouTube app to enable the immersive 19:9 resolution for some reason. 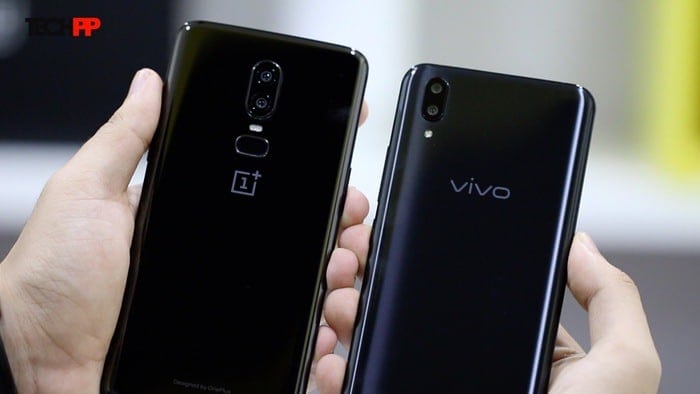 Taking a closer look at the highlight of the device, which is that under screen fingerprint scanner, the setup process is like any other device. There is an area on the screen that glows asking you to place your finger over it in order to enroll your fingerprint. Once enrolled, when the screen is turned off, the area above the scanner stays active and displays an animation over which the finger is supposed to be placed. The accuracy seems spot on whereas speed is one area which can be worked on. Not saying it’s slow, but it’s certainly not up there with the competition. But the overall experience is quite magical. 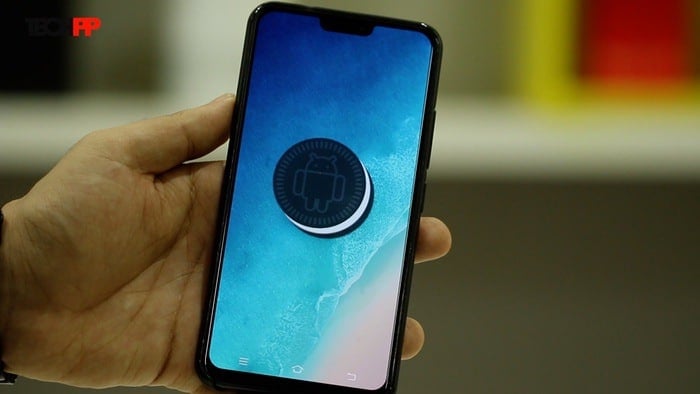 The Vivo X21 has been launched at a price of Rs. 35990 in India which directly takes on other budget flagship smartphones priced similarly. But, is the cool new tech of placing your finger on the screen to unlock your device good enough for Vivo to compete against other trusted brands? Stay tuned for our future coverage to find out.

Was this article helpful?
YesNo
TechPP is supported by our audience. We may earn affiliate commissions from buying links on this site.
Read Next
What is UPI Lite and How to Enable it on Any Device [2023]
#First Cut #First Impressions #hands on #india #Vivo #Vivo X21 #Vivo X21 UD