Xiaomi seems to be in a hurry to launch new smartphones every couple of weeks. Just when we thought we were getting over the busy eighth anniversary launch day where Xiaomi unveiled its Mi 8, Mi 8 Explorer Edition, Mi 8 SE and a few other products, in another event today in China, Xiaomi has unveiled the next iteration of its Redmi series devices, the Redmi 6 lineup, including the Redmi 6A. 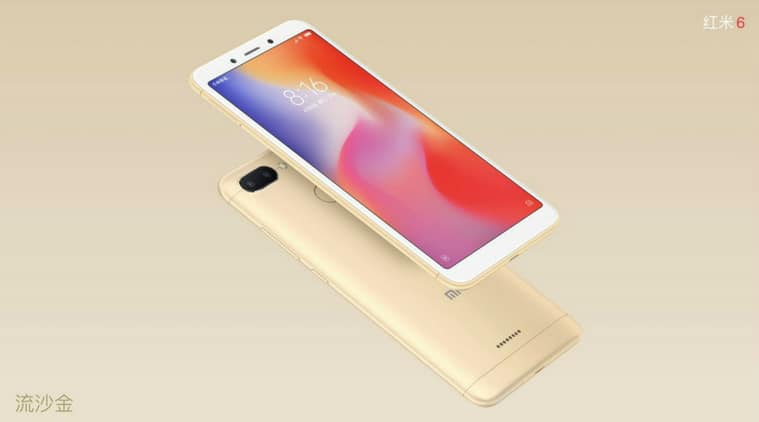 The Redmi 6 comes with a MediaTek Helio P22 SoC under the hood which is an octa-core CPU with a 12nm manufacturing process and is clocked at 2GHz. There’s a 5.45-inch HD+ display which is an 18:9 panel and the battery is a 3000mAh unit, which is lower than its predecessor. The camera department is handled by 12+5MP dual camera setup to the back with a pixel size of 1.25 microns, of course with an AI integration like every other smartphone launched off late. Xiaomi is also making a big deal of its face unlock feature which now comes with support for raise to wake, meaning when you pick up the device from a table or your pocket, the screen automatically turns on and detects your face and unlocks your device.

There’s also AI integrated into the camera app for things like translations and for online shopping too, which is a part of the newly released MIUI 10. There are two variants of the Redmi 6 that will be sold, one with 3GB of RAM and 32GB of internal storage, priced at 799 Yuan ($125/INR 8,500) and the top-end variant with 4GB of RAM and 64GB of internal storage will sell for 999 Yuan ($155/INR 10,500). There is no word about availability in India yet and as the Redmi 6 comes with a MediaTek SoC, chances of an India launch seems scarce. Maybe Xiaomi might launch a variant in India with a Snapdragon chipset, but that does not seem to happen anytime soon as the Redmi 5 was launched in India not too long ago.

The Redmi 5 was launched in China back in December 2017 and in India in March 2018. It looks like Xiaomi has settled for a 6-month launch cycle for the budget Redmi devices. By that logic, the Redmi 6 (with a Snapdragon chipset) should arrive in India sometime around September this year.