How Eelo is Building a Google-Free Android for the Masses

Digital privacy has never been in a more turbulent state. Even if you decide to be conscious about your presence online, your phone is designed in such a way that it’s capable of feeding your information to various services on your behalf. So thoughtful, right? On Android, the risks are even higher as it’s owned by a company whose primary source of revenue is advertisements and sadly, there’s no straightforward way to have Android without a Google account. It’s quite a predicament, I know. 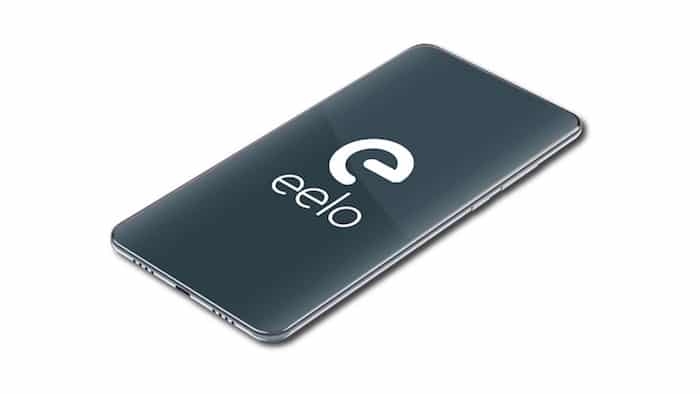 Open source alternatives do exist, but the problem? They’re highly disparate and fragmented which means unless you know how to tinker with Android’s core settings, it’s nearly impossible to escape the Google land. Attempts have been made in the past to build an Android fork which brings together all those secure services onto a single platform, but none of them have been consistent enough to go mainstream.

European entrepreneur and open-source crusader, Gaël Duval thinks he can change that. And he’s doing so with a new Android-based operating system, Eelo. Fed up by the Apple-Google duopoly, Duval kicked off a year ago his quest to build an OS which would employ open-source resources and offer users alternate services, usually for which they turn to Google. The European since then has raised upwards of a hundred thousand dollars through campaigns on Kickstarter, Indiegogo and is just a month away from releasing a functional ROM that backers can try out.

Using Google on an ultra-secure smartphone is nonsense 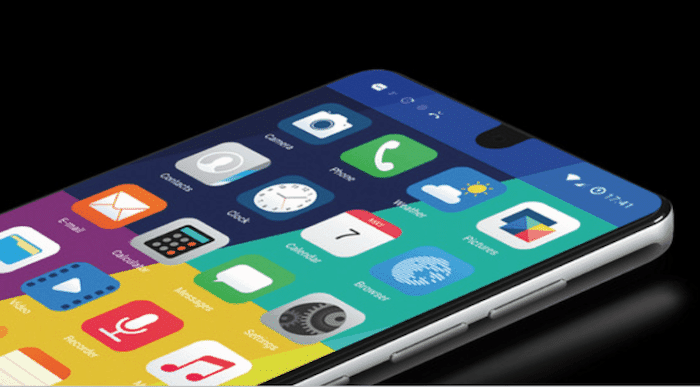 The biggest differentiating factor of Eelo is the fact that it’s a digital ecosystem. Generally, when people begin work on a Google-free Android, they tend to forget the “services” part. Therefore, even when the developers manage to cut off Google from the roots, it continues to live on the branches through apps like Maps, Drive, Search, and more.

“We’re addressing both the smartphone OS and web services because using Google on an ultra-secure smartphone is nonsense on data privacy aspects.”, said Duval in an interview with TechPP.

Going Beyond the Geeks

Another way how Eelo plans to make a much wider impact and be accessible out of esoteric forums is by developing a more accessible product. Unlike other similar projects, Eelo is technically a full-fledged startup whose roadmap consists of actually delivering a secure mobile experience to as many users as possible, not just scrap Google out of the equation. “We want to provide something that will be very attractive in term of user experience: eelo will succeed the day when Mom and Dad want to use it.”, added Duval. 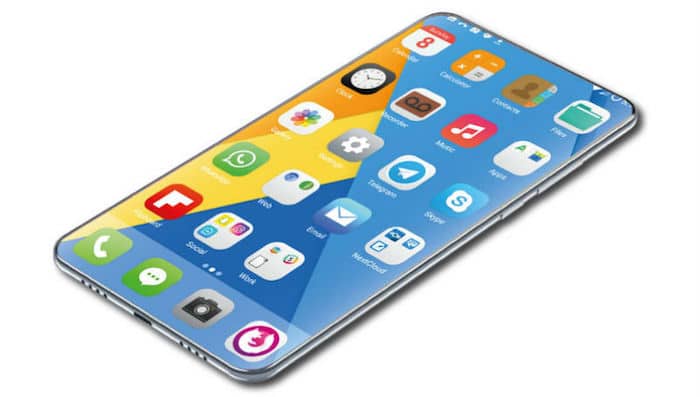 So how exactly does someone create a Google-less Android? Well, for starters, you should know that Android as an operating system itself is open source. Therefore, anyone can utilize its core modules to build an OS however they want. The most critical hurdle in that is you cannot have the Play Store without Google services. To waste the least amount of time on doing that, Duval’s team made use of LineageOS, an Android-based operating system which is also open-source and comes with all the features you’d want from a modern OS.

LineageOS also, by default, doesn’t ship with any Google apps, but that’s not the hardest bit of building a safer Android. It’s what comes after that, i.e., the apps and services. Where would the user go for the essentials such as cloud storage, search engine, and more?

More Than Just a Tweaked Android

To counter that, Eelo will come preloaded with a handful of services you would need out of the box such as an email client, a productivity suite for accessing documents, spreadsheets, a search engine that won’t track its users, and more. The one application which is being a bottleneck for Eelo’s potential success is navigation. Google Maps is, by far, the most accurate and reliable maps platform out there and creating an alternative with open-source tools will be a herculean challenge. 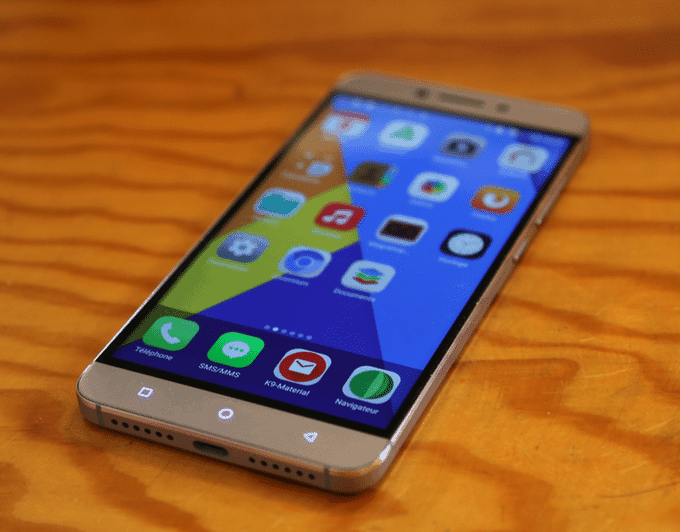 “That’s one of the most difficult aspects. Hacking OSMAnd is an option. It’s a good application but definitely would benefit from a better user experience. In the meantime, people can use alternative navigations apps (including Waze if they wish so).”, mentioned Duval. Of course, it’s no secret Waze is owned by none other than Google. Therefore, installing it can feel a little counterintuitive.

Then there’s the question of third-party applications. It’s a smartphone after all. You will eventually want to download more apps like social networks. For that, Eelo will have a repository of both open-source as well as other Android apps. To ensure users don’t install one of the latter and ruin the purpose of using a privacy-focused operating system, each app in Eelo’s store will have a security score. Through that users can be more informed about how well a particular app treats personal data and based on that, decide whether they’d want to install it.

“We’re not planning to offer a perfect world immediately, we want to bring users towards something better, and offer an alternative to the current worldwide Google and Apple duopoly.”, said Duval on the topic.

In addition to that, Eelo, later down the road, might also add the ability to launch data-hungry apps like Facebook in a restricted environment. That will essentially prevent the app from accessing any personal resource in the background as well as the foreground. Think of it as tricking the application into thinking there’s no data to collect because it’s running in an entirely separate section of your phone’s memory. This could potentially solve one of the most critical headaches with modern apps which rely on user data for growth.

So how does Eelo plans to distribute its operating system? The company is exploring three options. To kick things off, Eelo will begin offering “post-market” phones which means it will buy phones from a retailer, load the operating system on it, and then, sell it to customers. Clearly, it doesn’t sound quite efficient, but it’s a start. Customer service, in this case, will be handled by Eelo as well. 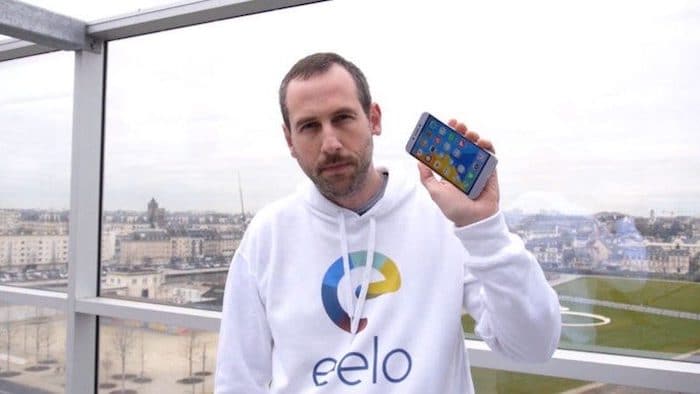 Second is to partner with companies who sell refurbished-certified devices. This approach will also allow Eelo to avoid the logistics mess. However, the long-term and the one who can actually propel Eelo to become a profitable brand is to work with ODMs (Original Design Manufacturers) and release a new smartphone which comes loaded with Eelo OS and services.

However, as we’ve seen in the past, privacy-centric phones have never been a commercial success. Why? Well, there aren’t a whole lot of users who are willing to live with just the essentials. Apps have become an integral part of people’s lives, and not everyone is fine leaving them just yet. Of course, that’s not Eelo’s target audience either. But if features such as restricted environments function as planned, there is a possibility Eelo can the more secure mobile experience for the masses and succeed in partially freeing you from duopoly. The operating system itself is still in its early stages, and it will be a while before Eelo is available for everyone. Until then, Gaël is optimistic and so should you.