Drones have been the talk of the tech town for a few years now. It took a while for drones to come out of two extremes – one, the complex military UAVs and two, the uber-simple quadcopter “toys”. Chinese firms like DJI and European companies like Parrot pioneered the relatively easier-to-use drones for the mainstream folks like us. While they have gotten simpler to use, it’s still a steep learning curve for first-time drone pilots. Not anymore, as Autonomous Drones are here. 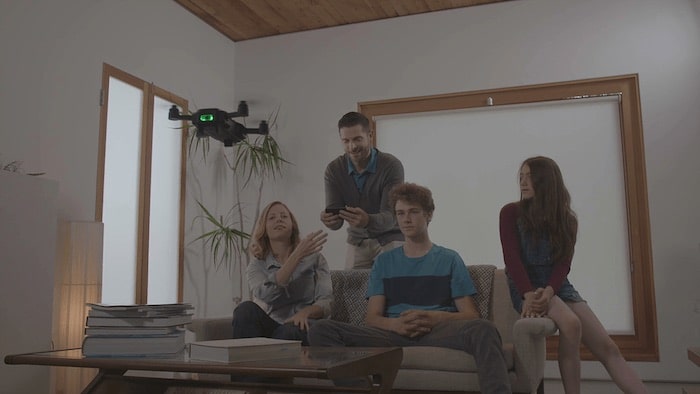 While it’s fun to get a drone to record an important event or a vacation, flying a drone with precision requires a lot of effort and patience. Even if you manage to master the drone flying, who would want to miss out on the real fun with friends and family. This is where Autonomous Drones come into the picture.

Autonomous or self-driving drones are not really new in terms of the concept, but it’s only recently we are seeing consumer-grade autonomous drones. DJI’s Mavic Pro and Mavic Air have some autonomous features, but real self-driving drones are the ones like Skydio R1 and Mark Drone which we introduced to you last month. These drones use computer vision and other types of artificial intelligence to fly itself, follow and record a subject down below with no piloting required.

In fact, the Mark Drone makes use of the patented Visual Inertial Odometry (VIO) Positioning technology to help locate itself based on position relative to its surroundings rather than satellites (as is the case with just GPS-based drones), realizing true autonomous flying. In order to make it really easy, the Mark Drone uses voice control to launch and land the drone. Built using Qualcomm’s Snapdragon platform, this autonomous drone looks really smart as compared to many others in its segment.

Here is a video from Qualcomm on how drones can navigate on their own using VIO.

They basically fuse information from a camera and inertial sensors, specifically gyroscopes, and accelerometers, to estimate device position without relying on GPS and GNSS (Global Navigation Satellite System).

VIO takes advantage of the complementary strengths of the camera and inertial sensors. For example, a single camera can estimate relative position, but it cannot provide absolute scale — the actual distances between objects, or the size of objects in meters or feet. Inertial sensors provide absolute scale and take measurement samples at a higher rate, thereby improving robustness for fast device motion.

One of the common complaints from people buying a drone for the first time has been the inability to keep up the interest levels once the vanity factor goes down. Companies like High Great which manufactures Mark Drone are aiming to solve this by providing pre-programmed dramatic shots inside the app interface. One can now use the autonomous drone to do cinematic professional scenes like circular recording, helix flight (flying upward while spiraling around the subject), dynamic selfie, profile recording, 360-degree panorama and more. This means you always have something new to try with your drone every time you take it out of the box.

For being autonomous, these drones use advanced sensors to dodge natural and artificial objects during flight. Skydio R1 has 13 different cameras, GPS and other sensors on board and it uses Visual data and computer software to track and predict the movement of its subject below. It runs for 16 minutes on a charge and can fly up to 25 miles an hour according to the company. While that sounds great, its price can be a big deterrent for most people. At $2499 it costs as much as a high-end MacBook Pro notebook. 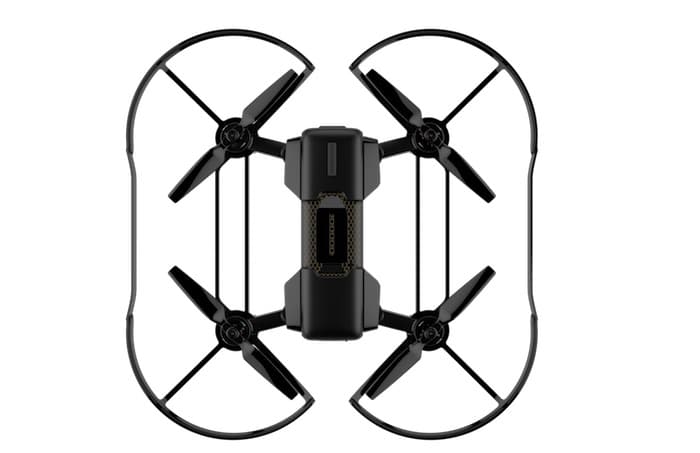 In comparison, the Mark Drone looks very affordable. One can back the Mark Drone Kickstarter project for as low as $238 for the standard kit and $279 for the Mark Flying Combo (includes an extra battery). It comes with a 13MP CMOS camera capable of shooting up to 4K resolution at 30 frames-per-second. The company claims that VIO is already more accurate than GPS and will be the future of autonomous drones. Despite lacking GPS, Mark Drone can still return home if connectivity is lost. It comes with an optional controller for those who still want to control some aspects of the drone flight and camera recording. And yes, it comes with usual stuff like one-button take off, active tracking, gesture control, and others.

This is a very exciting time for drone enthusiasts. As technology improves, we should be able to see Autonomous Drones which work even under the inclement weather or at night. We wish the government regulations keep pace with the advancements in Autonomous Drone technology.

Simplified: An All-in-One Tool for All Your Marketing Needs
Read Next

VPNs aren't perfect: Here's what you need to know
VPNs aren’t perfect: Here are some of the best VPN…
If Apple is the master of hype, why aren't other brands…