Microsoft’s Surface Go debuted globally last month and was aimed at consumers who want a lightweight and portable computer on the go which also doesn’t burn a hole in the pocket. While there was no word regarding availability in India at the time of the launch, we now have confirmation that the Surface Go will be launched in India on August 7.

To recall, the Surface Go is a 10-inch device that weighs in at just 0.5kg and is 8.3mm thin. What Microsoft aims to provide with the Surface Go is productivity on the move while still maintaining an extremely portable form factor and a slim profile. The Surface Go is equipped with a custom-built high-resolution PixelSense display with an aspect ratio of 3:2 that has support for Microsoft’s Surface Pen with 4096 different levels of pressure sensitivity for note taking as well as drawing or computer-aided graphics purposes, but is sold separately. 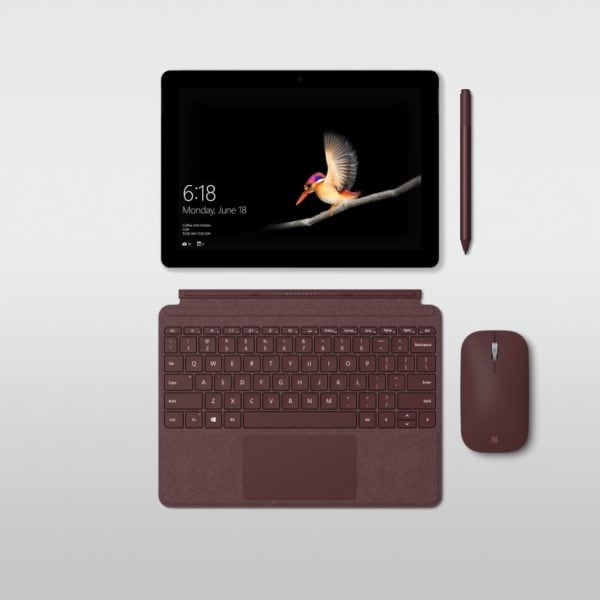 The Surface Go is mainly aimed at students, and hence, when held in the portrait mode, the screen displays content in the form of a page in a textbook and when held in the landscape orientation, it displays two pages side by side, actually simulating the look of a textbook. Also, with the compact size, writing on the tablet with the Surface Pen seems more natural, almost like writing on an actual notebook.

As far as the internals are concerned, the Surface Go is powered by Intel’s 7th Generation Pentium Gold processor 4415Y and offers a fan-less design with a claimed battery life of up to 9 hours. The base variant has 4GB of RAM coupled with 64GB of SSD storage. There is a front facing camera for video calls as well as support for Windows Hello, which unlocks the device by recognizing your face.

Although there is no official confirmation, As per our sources, Microsoft is also launching the Surface Laptop as well as the Surface Book 2 in India on the same day. That means the complete lineup of Surface devices finally landing on the Indian shores. The Microsoft India website lists all the three products (along with the Surface Pro which is already launched). It remains to be seen how Microsoft prices these products in India. While they are pretty competitively priced in the global markets like the US, Indian pricing in the past has been bad to say the least.

Was this article helpful?
YesNo
TechPP is supported by our audience. We may earn affiliate commissions from buying links on this site.
Read Next
10 Ways to Fix Photos App Not Working in Windows 11 [2022]
#microsoft #Microsoft Surface Book 2 #Microsoft Surface Go #Surface Laptop