Xiaomi’s crowdfunding platform today sees the launch of a new feature phone series called Qin. Qin is a crowdfunded mobile phone designed and developed by Xiaomi which provides some smart functionality to a feature phone. 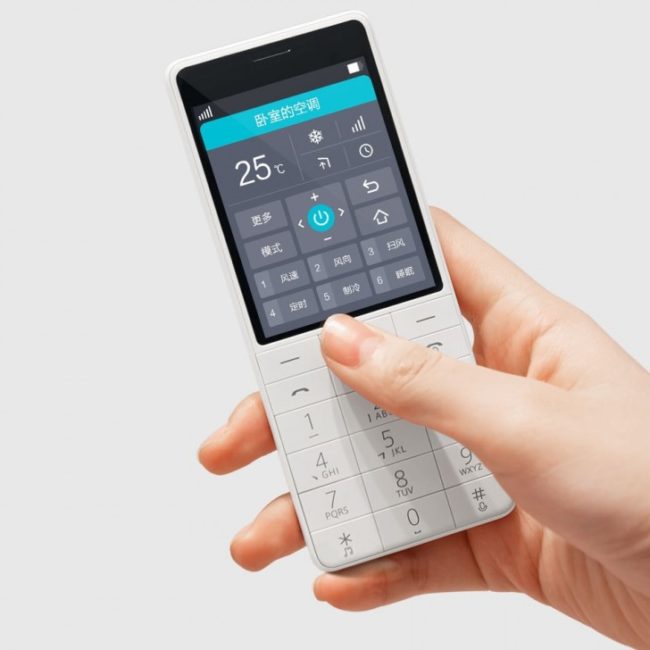 For starters, there’s support for 4G radio, Wi-Fi and Bluetooth on the Qin similar to the JioPhone and some region-specific Nokia feature phones, and guess what? There’s also the over-hyped AI capabilities brought down from smartphones onto the Qin feature phone. The project is currently backed by over 23,000 people just moments after announcement which is mighty impressive.

The nomenclature comes as an ode to a famous Chinese dynasty which in English is meant to be pronounced as “chin”. Xiaomi has currently launched two phones under the Qin branding with the only similarities being the physical look and feel of the two devices. The front houses a 2.8-inch display with a resolution of 240 x 320 pixels flanked by a T9 style keypad below. Both phones support dual SIM slots for connectivity.

Talking about the two variants, the Qin 1 is the more modest variant of the two. It sports a MediaTek MT6260A chipset which is a single core CPU based on the ARM v7 architecture along with 8MB of RAM and 16MB of internal storage. This variant does not come with LTE or GPS capabilities and instead offers just Wi-Fi and Bluetooth 4.2. Unlike a few “smart” feature phones that run KaiOS, the Qin runs on a proprietary OS named Nucleus. The battery is rated at 1480mAh and is said to last 15 days on a single charge.

The upgraded variant, Qin 1s gets an upgraded SoC in the form of a Spreadtrum SC9820 which is a dual-core CPU with Cortex-A53 cores clocked at 1.2GHz. The RAM and storage have been upgraded to 256MB and 512MB respectively, while connectivity options on this variant include LTE, VoLTE, GPS, Wi-Fi and Bluetooth 4.2.

Interestingly, both phones charge over USB Type-C which is a first for feature phones. There’s also a downward firing speaker grille on both phones. If you were wondering where the camera specs were, well, there is no camera after all! Wonder why though. Also, there’s no headphone jack, so that’s a bummer too. The AI aspect of the phones comes into picture with the ability of the phones to translate voice messages into 17 different languages. Also, there’s an IR blaster to help you control home appliances like TVs, ACs etc.

The Qin 1 and 1s will be available to purchase only in the Chinese market as of now in two color options – Black and White starting at 199 Yuan which roughly translated to about $30 or INR 1,990 and will start shipping September 15 onwards.

Was this article helpful?
YesNo
TechPP is supported by our audience. We may earn affiliate commissions from buying links on this site.
Read Next
With Redmi A1, is Xiaomi Resurrecting the Android One Dream, but Without Google?
#Qin #xiaomi