Surface Book 2 with a Detachable Touchscreen Launched in India for Rs 1,37,999

The second-generation of Microsoft’s highest-end laptop, the Surface Book 2 has finally arrived in India. Originally announced back in October last year, the Surface Book 2 comes with 8th-Gen Intel Core processors and a touchscreen which can be detached with a click of a button. It has a starting price of Rs 1,38,000. 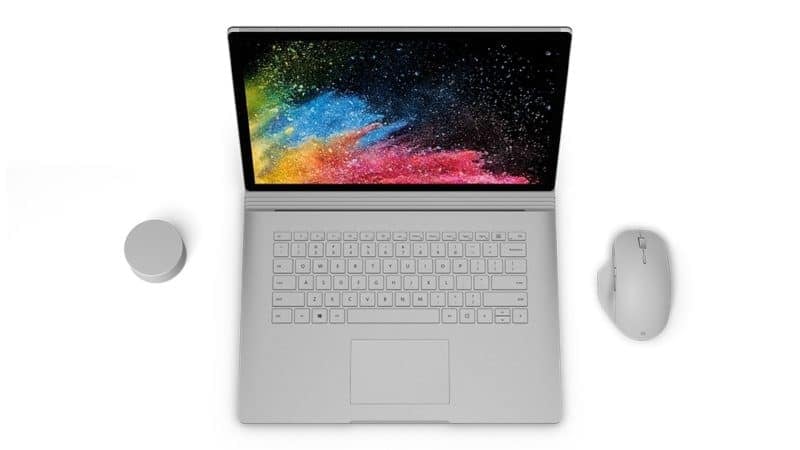 The Microsoft Surface Book 2 is primarily aimed at creative professionals and hence, comes with top-of-the-line hardware. The two-in-one comes with a special hinge that lets the notebook easily flex despite the removable screen. It also has stylus support and comes with a Surface Pen in the box. There are two display sizes — 13.5-inch and 15-inch which have a resolution of 3000 x 2000 and 3240 x 2160 respectively. Microsoft Hello is available too if you want to sign in with your face.

The 15-inch Surface Book 2 is powered by an 8th-Gen Intel Quad-Core i7 chipset, 16GB RAM, 256GB, 512GB, or 1TB of SSD, and a battery that’s rated to last seventeen hours. A dedicated GPU is present too in the form of the Nvidia GeForce GTX 1060 and 6GB graphics memory.

The 13-inch variant, on the other hand, comes with either 8th-Gen i5 or i7 processor, 8 or 16GB of RAM, up to 1TB of SSD, and surprisingly, the same battery life. It doesn’t have a dedicated GPU and relies on Intel’s inbuilt GPU. The port selection on both of them includes two USB-A, a single USB-C, Surface Connect for charging, SD card slot, and a headphone jack. There’s an 8-megapixel camera on the rear and a 5-megapixel lens on the front.